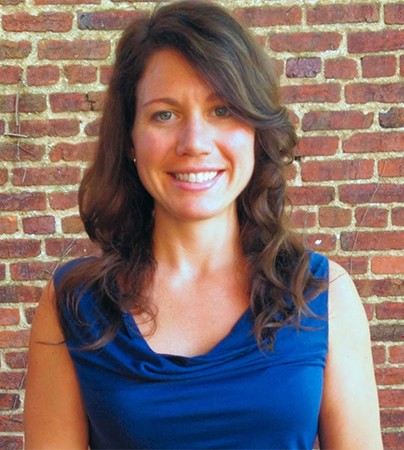 In late August, news of the devastation in West Africa caused by the current Ebola epidemic started to make its way to the states. It became a conversation point between my friends and me in the D.C.-based development world. Talk circled around economic impacts, possible food shortages, potential for political unrest, supply chain issues, and most markedly, the need for clinics and clinicians. In a way that a car wreck makes you slow down on the highway, I was fascinated by this epidemic and started to search out information about Ebola and the response.

Unfortunately, the outbreaks were not a one-time accident that could be cleaned up by an ambulance or two. There seemed to be a domino-like effect of one city or area having an outbreak and a neighboring county quickly following suit. Classic epidemiologic surveillance was failing to find the sources of the infection quickly enough and stop the spread. In the weeks leading up to the final declaration of a state of disaster, a good friend, Sara Phillips (we met at the Bloomberg School during the MPH program), and I started talking about the possibility of responding to this epidemic.

We both felt a fascination with this virus from a clinical and public health point of view. But, more importantly, we both began to feel a compulsion towards caring for the sick affected by this epidemic. We both felt called to use our clinical skills—I have an emergency nursing background and Sara is a nurse practitioner—to respond to this disaster.

Through a series of contacts and emails, we started having conversations with recruiters with International Medical Corps (IMC). The timing felt providential. I was coming to the end of year working as a public health consultant and had been looking for a new opportunity. And, the icing to it all, for the first time in years my resume exactly fit the job description.

In several ways, I felt uniquely prepared and called to this response. During my time at Hopkins and for the last year afterwards, there was a bit of frustration in not knowing how to combine my clinical skills with the public health world. It seemed that this was the opportunity to utilize both. And with that, I accepted a position as an Emergency Response Nurse in the Ebola Treatment Unit (ETU) in Suakoko, Liberia. Sara also accepted a position there.

Having a buddy during the decision process was invaluable. There was and is a lot of fear surrounding this virus. Some warranted, some not. But to know that I was not walking into this disaster response alone both propelled me forward and buoyed me. Friends and family, as well, have been an amazing encouragement, such that I felt as prepared as I possibly could be to respond to this disaster.

As of writing this, Sara and I have been in Liberia for a week or so. Despite reports of the virus slowing, our ETU has been full day and night. We have seen an average of 10 triage patients a day, each of them waiting for results on whether they are Ebola positive or negative. The confirmed ward has an average of 30 patients—some on beds, some on mattresses on the floor, and others sitting outside when they can tolerate it. There is a lot of sadness here and seemingly unexplained death (except to say as related to Ebola). But there is joy for those who beat this virus, who walk out of here, and who often come back to work in the confirmed ward.

Some of our most valuable workers are our recovered, formerly Ebola-positive patients. Their status means that they can walk around the ward that houses people with suspected and confirmed Ebola cases like a normal health care worker. No gowns or masks or other personal protective equipment needed. As a result, unlike the rest of us who need to come out after two to three hours to remove our protective gear for a break, and might not have the stamina to go back for another round, they can stay in for an entire shift. Some act as ancillary nursing staff, others have become child caregivers (the children in our ward rarely have caregivers who are alive or who are well enough to care for them). Regardless of their role, it is both an immense help to the unit and an incredible encouragement to both patients and staff to see them walking around, alive.

The next few weeks and months are an unknown. Transmission seems to be moving further out into remote areas where surveillance and personnel cannot penetrate. There have been talks of shifting to more a mobile response to effectively decrease transmission at the start and source of the virus. Regardless, I am thankful to be here now, to be working amidst this epidemic, and to be a part of public health history.