Andrew Pekosz is an associate professor of molecular microbiology and immunology at the Johns Hopkins University Bloomberg School of Public Health and a leading expert on the basic biology of influenza and other emerging virus infections. 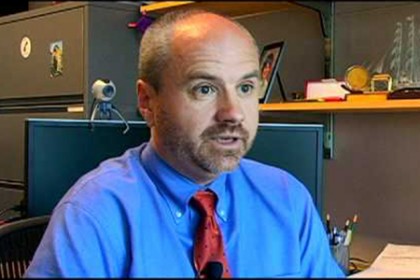 Pekosz organized last month's half-day Ebola symposium at the School of Public Health, and he recently answered questions about Ebola risk in the U.S..

We spoke with him about the how virus infections like Ebola evolve and about what makes the current Ebola outbreak so challenging.

Ebola outbreaks have happened before—why is there no effective remedy?

Treatments and vaccines that target the Ebola virus have been developed in laboratories and tested in a number of models. Most of these haven't progressed to clinical trials for two reasons: 1) there hasn't been a sense of urgency to move them forward, given the infrequent number of outbreaks and limited number of infected patients in previous outbreaks and 2) the costs associated with human clinical trials are extremely high while the number of potential cases was low, so it was difficult to justify moving those studies forward.

The current epidemic has changed both of those perceptions so now there are a number of vaccines and treatments moving into clinical trials.

What makes this strain of Ebola particularly difficult to contain? Is it something about the virus itself, the fact that it has been introduced in areas with large populations, or a bit of both?

It really is a numbers game. The measures that have worked so efficiently in the US to contain and limit the number of transmission events were not initiated quickly or efficiently in West Africa, which lead to a massive increase in cases that has now gone beyond the ability of those public health and medical facilities to combat.

How do viruses like Ebola or the flu change and mutate over time? How long does it take for these changes to occur?

Viruses like Ebola and influenza have a naturally high mutation rate because of the way the viruses replicate their genome. If a particular mutation confers a replication advantage to the virus—in the case of influenza, when a random mutation changes the surface protein making it resistant to anti-influenza antibodies—that virus becomes the dominant virus in a population. So mutations occur randomly and constantly, but only mutations that give the virus a replication advantage become fixed in the virus.

Is it possible that the Ebola virus responsible for the current outbreak could mutate in a way that would change what we think we know about it? For example, could changes in the virus make it contagious even when symptoms are not present? Or make it transmissible in other ways?

Ebola virus has been showing a very high mutation rate in humans. This is probably because the virus has not replicated in humans for this long a period of time before. If the virus continues to be spread in humans, mutations that confer an advantage to the virus could certainly be fixed in the virus genes. It is very difficult to predict what kinds of "advantages" would benefit the virus but becoming less deadly is something that has been seen in many other outbreaks. Ebola virus may be adapting to replicate "more efficiently" in humans, but we just can't predict what specific properties of the virus will change as it adapts.

So is the goal (if we can call it that) of a virus to remain in a living host as long as possible so it can replicate, hence the potential evolution to "less deadly"? It would seem that for a virus, being very deadly is also very inefficient and undesirable.

Yes, for most viruses, bacteria and fungi, the microbe tries to strike a balance between causing disease (which is often needed for transmission) versus killing the host.

For example, influenza is spread primarily by coughing or sneezing, which means the virus has to get you to show disease symptoms to transmit. However, if it causes you to become so ill that it kills you before you come in contact with many people, or you become so sick that people avoid you, then the virus can't transmit efficiently and is at a disadvantage when compared to a "less virulent" virus.

At least that is the theory ... we really don't know what Ebola will do because it needs to be in things like vomit, diarrhea or blood to transmit, so it has to induce some level of disease to do that.

It is extremely unlikely it will mutate to spread like influenza because that is a very difficult thing for most viruses to do.