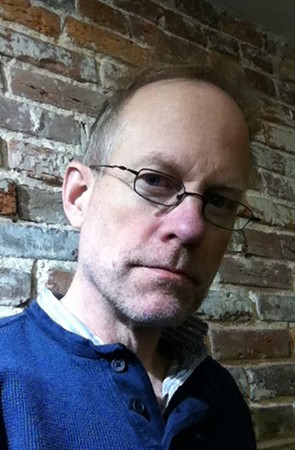 While previous studies of the brain suggest that processing of objects and places occurs in very different locations, a Johns Hopkins University research team has found that they are closely related.

In research funded by the National Institutes of Health and published today in the journal Neuron, a team led by Johns Hopkins researcher Charles E. Connor reports that a major pathway long associated with object shape also carries information about landscapes and other environments.

Siavash Vaziri, then a biomedical engineering graduate student and now a post-doctoral fellow in the Connor lab, studied how neurons in the ventral visual pathway of the monkey brain respond to 3-D images. In one channel of the ventral pathway, neurons responded to small, discrete objects as expected. But in a neighboring, parallel channel, the researchers were surprised by the overwhelming responsiveness of many neurons to large-scale environments that surround the viewer, extending beyond the field of view.

"We were entirely surprised ourselves," said Connor, senior author of the paper. "Based on decades of research, we expected that all neurons in the ventral pathway would be primarily concerned with objects."

The ventral pathway is one of the two major branches of high-level visual processing in humans and other primates. It is sometimes called the "what" pathway, based on its role in identifying objects based on their shapes and colors.

Vaziri used microelectrodes to study how individual neurons responded to a large variety of 3-D shapes projected onto a large screen. Depth structure was conveyed by shading, texture gradients, and stereopsis, the effect used in 3-D movies. The shape stimuli evolved during the experiment based on the neuron's responses, sometimes in the direction of small objects near the viewer, sometimes in the direction of environments filling the screen and surrounding the viewer.

Connor, a professor of neuroscience and the director of the Zanvyl Krieger Mind/Brain Institute at Johns Hopkins, is a noted expert on the neural mechanisms of object vision. His research focuses on deciphering the algorithms that make object vision possible and explain the nature of visual experience.

"Many people would say that vision is our richest and most vivid experience," said Connor. "We want to understand the brain events that create that experience."

Connor said that the next step will be to understand how object and environment information are integrated between the two channels.

"We don't typically experience objects in isolation," Connor said. "We experience scenes, that is, environments containing multiple objects. We now think that the ventral pathway may be where all that information gets put together to create scene understanding."