A chronicler of the black experience, a winner of the Man Booker Prize, and a novelist whose debut work was included in Time magazine's list of 100 best novels will visit Johns Hopkins University this year through the second annual President's Reading Series.

Started in 2013 and funded by university President Ronald J. Daniels, the series is designed to bring some of the world's best and most thought-provoking writers of fiction, nonfiction, and poetry to Baltimore for readings of their work.

The series begins on Sept. 23, with Lawrence Hill, author of four novels and four books of non-fiction. The son of a black father and a white mother, Hill grew up in the predominantly white suburb of Don Mills, Ontario in the 60s, greatly influenced by his parents' work in the human rights movement. Much of Hill's writing touches on issues of identity and belonging. His 2007 novel The Book of Negroes won the Rogers Writers' Trust Fiction Prize and the Commonwealth Writers Prize for Best Book. This year he completed co-writing the TV miniseries adaption of that book. The event takes place from 6:30 to 8 p.m., in Hodson 110.

Next up will be English novelist, poet and short-story writer Alan Hollinghurst, whose talk will be on Oct. 21, from 6:30 to 8 p.m., in Hodson 110. Hollinghurst is best-known for his The Line of Beauty, which won the 2004 Man Booker Prize and tells the story of a young gay academic studying in London in the 1980s, as the AIDS crisis grows. His numerous awards include the 1989 Somerset Maugham Award, the 1994 James Tait Black Memorial Prize. His most recent novel, The Stranger's Child, was longlisted for the Man Booker Prize in 2011.

Aleksandar Hemon, author of The Question of Bruno, Nowhere Man, The Lazarus Project, and Love and Obstacles, will visit Homewood March 31, from 6:30 to 8 p.m., location TBA (check the reading series' website for updates). Born in Sarajevo in 1964, Hemon traveled to Chicago in 1992 as a tourist, but ended up staying in the United States, where he still lives today, when his home country came under siege. He has been awarded a Guggenheim Fellowship, a "genius grant" from the MacArthur Foundation, the Jan Michalski Prize for Literature, the PEN/W. G. Sebald Award, and, most recently, a 2012 USA Fellowship.

The series will conclude on April 28, with Zadie Smith, whose debut novel, White Teeth, won the Whitbread Award for best first novel, The Guardian First Book award, The James Tait Black Memorial Prize for Fiction, and The Commonwealth Writers' First Book Award. Her third book, On Beauty, was shortlisted for the Man Booker Prize, and won The Commonwealth Book Prize and the Orange Prize for Fiction. Her most recent novel, NW, was among the New York Times Book Review's 10 best books of 2012. Her talk will be from 6:30 to 8 p.m., location TBA (check the reading series' website for updates).

Admission is free and open to the public. Each reading will be followed by a reception and book signing. 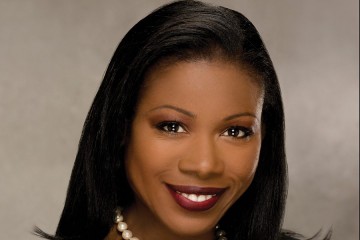