In the opening pages of Isabel Wilkerson's award-winning book The Warmth of Other Suns: The Epic Story of America's Great Migration, we are introduced to Ida Mae, a young mother of two small children in Chickasaw County, Miss. Wilkerson nimbly recounts the night in fall 1937 when the family packed up its earthly belongings—Ida Mae had already sold the stool, pots, pans, and other items that she and the children couldn't carry—to board a train bound for Milwaukee. In fine prose, Wilkerson paints a scene that could as well describe 16th-century Europeans headed to the New World. In this case, the family might as well be bound for the stars. 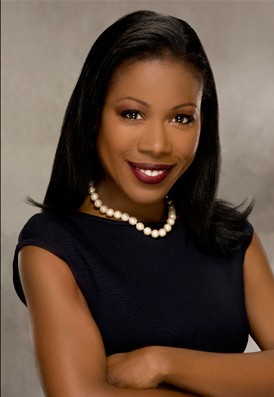 Wilkerson, a Pulitzer Prize–winning journalist, will read excerpts of her debut book, winner of the National Book Critics Circle Award for nonfiction, later this month at Homewood to launch the new President's Reading Series, subtitled Literature of Social Import. The event will be held at 6 p.m. on Oct. 29 in Mudd Hall.

Funded by university President Ronald J. Daniels, the series is designed to bring distinguished writers from various genres to Johns Hopkins to read their work.

The Warmth of Other Suns is an account of the great migration of American blacks from the South to points west and north in the wake of Reconstruction and continuing until well into the 1970s.

Jean McGarry, co-chair of the series-hosting Writing Seminars, says that Daniels wanted to bring to Johns Hopkins some of the world's best writers of fiction, nonfiction, and poetry. Over the summer, she narrowed the search to focus on international writers working in English, and those whose literary endeavors embraced a concern for social justice.

"We didn't have much time to flesh out this program, but we had enough time to invite four amazing writers whose work we admire and would like to introduce to our students and to the community," McGarry says.

Wilkerson, former Chicago bureau chief of The New York Times, won the 1994 Pulitzer Prize for feature writing, becoming the first black woman to win a Pulitzer in journalism and the first African-American to win for individual reporting. She also has won the George Polk Award and a John Simon Guggenheim Fellowship and has taught narrative nonfiction at Princeton, Emory, and Boston universities.

The Warmth of Other Suns is Wilkerson's debut work. In addition to a deep search of archival material, she interviewed three people who made the migration to Chicago, New York, and Los Angeles and vividly describes the horrors left behind in the Deep South and the uncertainties and innumerable setbacks encountered in "exile."

The series' second reader will be National Book Award winner Colum McCann, a native of Ireland (now living in New York), who also has written novels and short stories about displacement. His recent book, TransAtlantic, is an account of journeys made from Ireland to America and back, starting in 1919 with the first nonstop transatlantic flight and including ventures to Ireland made by such American notables as Frederick Douglass and Sen. George Mitchell.

McCann's other novels include This Side of Brightness, an account of the construction of the New York subway system; Dancer, an exploration of the life and times of Rudolf Nureyev; and the 2009 National Book Award–winning Let the Great World Spin, which tells the tale of Philippe Petit's journey on a rope between the towers of the World Trade Center. McCann's reading will be held at 6:30 p.m. on Nov. 20 in Mason Hall.

Ishmael Beah, a native of Sierra Leone, will read from his new book, Radiance of Tomorrow: A Novel, at 6:30 p.m. on March 3 in Mason Hall. Beah is the author of A Long Way Gone: Memoirs of a Boy Soldier, detailing his own experience kidnapped into military service in the 1990 Sierra Leone civil war. He has since created the Ishmael Beah Foundation for the rescue of children and youth affected by war.

Colm Tóibín, novelist, playwright, critic, journalist, and winner of the 2011 Irish Pen award, will be the final speaker in the inaugural series. Tóibín will likely read from his short novel The Testament of Mary, which concerns the life of Mary, mother of Jesus, in her old age. In the book, Mary doesn't believe that Jesus was the son of God and refuses to cooperate with the writers of the Gospels, who regularly visit her and provide her with food and shelter.

Tóibín has authored many novels, story collections, and works of nonfiction, including the most recent, The Sign of the Cross: Travels in Catholic Europe. A regular critic for The London Review of Books and other literary journals, Tóibín is also the author of The Master, a novel with Henry James as its protagonist. His talk will be at 6:30 p.m. on April 3, at a location to be announced.