Much of the drinking water for arid Phoenix, Arizona, comes from expansive Lake Pleasant, and monitoring water quality is a regional priority. 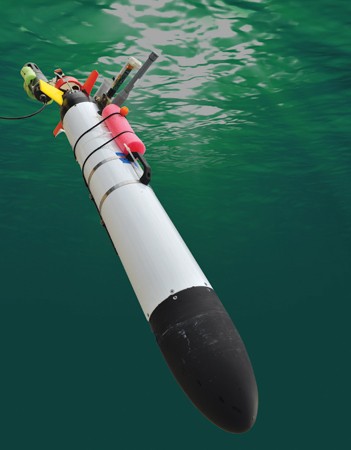 Enter a pod of super-sleuthing, pollution-hunting underwater robots, designed by a team of scientists, including Marin Kobilarov, an assistant professor of mechanical engineering at Johns Hopkins University's Whiting School of Engineering. The robots are equipped with propellers, cameras, environmental sensors, and wireless routers to keep tabs on everything from water temperature to blue-green algae to oxygen—and even pollutants.

From Hackerman Hall on JHU's Homewood campus, Kobilarov's job has been coming up with computer algorithms that guide these vehicles underwater, hands-free.

"The key is having robots steer themselves and discover interesting data," he says.

First deployed in 2013, these sleuthing subs will collect data over the next four years, enabling scientists to build computer models of water quality in space and time.

The project is funded through a National Science Foundation grant and partners at Texas A&M and Arizona State universities.

Editor's Note: This article was originally published in the Summer 2014 issue of JHU Engineering magazine