Phani Gaddipati, a Johns Hopkins University junior, has won the top prize in a global app-building contest sponsored by Google for developing an app that allows users to create virtual flashcards. 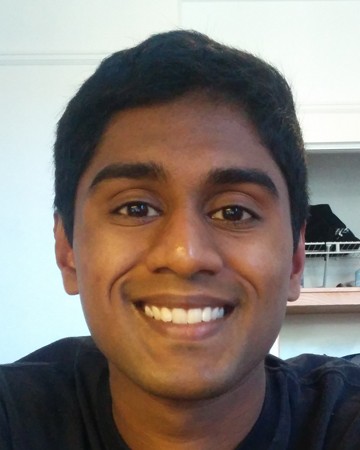 Gaddipati's creation, called Stacks Flashcards, bested hundreds of apps submitted by hundreds of students from 90 countries. Gaddipati, who is majoring in biomedical engineering at Johns Hopkins, won a trip to San Francisco to visit Google headquarters.

"At first I was pretty much in disbelief and kept rereading the email to make sure I wasn't misinterpreting it," Gaddipati said. "First thing I did was tell my family."

This was the first year for Google's AdMob Student App Challenge. The objective was to build an app that used the mobile ad platform AdMob to allow it to make money. According to Google, the top five apps in the contest have already been downloaded more than 300,000 times. Gaddipati's alone has topped 23,000 downloads.

Gaddipati designed an electronic flashcards app that helps people memorize things, in the style of old-school paper flashcards. His inspiration was his organic chemistry class, which required a lot of memorization. He looked online for something that would let him create flashcards. Seeing nothing, he realized he could have a niche.

The app took about a month to build, then another several months to polish.

"Congratulations Phani for being an all-star developer," Google's announcement read, "and creating an app that solves a simple problem in a meaningful way!"