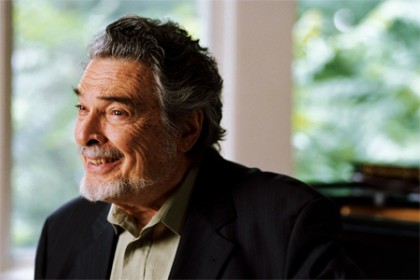 "Leon Fleisher is, quite simply, one of the great musicians of our time," Meyerhoff said. "He attracts stellar pianistic talents to the Peabody Institute from all over the world. Rheda and I are delighted to make this gift to the Leon Fleisher Studio Fund, affording the opportunity for extraordinary young artists to study with Maestro Fleisher."

Fleisher has been a member of the Peabody faculty since 1959.

"I am inexpressibly touched by the faith and generosity of both Bob and Rheda," he said. "It is an enormous responsibility, and I will do everything that I can to prove worthy of their confidence."

Meyerhoff and Becker have already given $1 million to the Leon Fleisher Scholars Fund, an endowment for undergraduate piano scholarships established in 2009 in celebration of Fleisher's 50th anniversary teaching at the conservatory. This new contribution brings their total support of Peabody to over $2 million.

"With its current capital campaign, Peabody is strengthening its ability to attract the most gifted young artists and provide a level of training that prepares them for important careers in a cultural environment that is evolving at breakneck speed," said Fred Bronstein, dean-elect of the Peabody Institute. "Bob and Rheda's generous support for scholarships at Peabody strengthens the very future of classical music by investing in artists who will define that future, and at the same time honors Leon Fleisher, an iconic figure in the musical world. We are deeply indebted to Bob and Rheda for their support."

The gift is part of Rising to the Challenge: The Campaign for Johns Hopkins, an effort to raise $4.5 billion, primarily to support students, research and discovery, and interdisciplinary solutions to some of humanity's most important problems. The campaign, supporting both the university and Johns Hopkins Medicine, began its quiet phase in January 2010, was publicly launched in May 2013, and is targeted for completion in 2017. More than $2.44 billion has been committed so far. 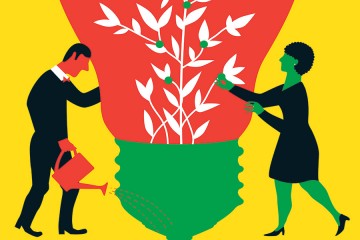