The Hopkins teams—Respira in the graduate-level track and White Light Medical in the undergraduate track—beat out competition from institutions including the University of Cambridge, in the U.K., Tulane University, and the University of Iowa. Winners were announced April 25.

The med-tech winners each received $10,000 to put toward their commercialization efforts. General business and social enterprise winners each received a first-place prize of $6,000. The winning projects in those categories also included Johns Hopkins School of Engineering students: Sequebase in general business and RightFit Prosthetics in social enterprise.

"Each year, the level of competition increases," says Timothy P. Weihs, a materials science professor who also serves as director of the Center for Leadership Education, which hosts the competition. "Our med-tech teams competed very effectively against some very strong national and international entries."

Respira is a concept developed by a five-member graduate-level engineering team from the Department of Biomedical Engineering's Center for Bioengineering Innovation & Design. Working under the clinical direction of Roy Brower of the School of Medicine's Department of Pulmonary and Critical Care Medicine, the team aims to decrease infections among patients on mechanical ventilators by developing a device called PreVent that restores a patient's ability to effectively cough.

"By allowing patients to safely eliminate mucus from their lungs, the PreVent will improve respiratory function and prevent secondary infections," says Jan Lee, one of the students on the team.

Respira has applied for a Johns Hopkins-Coulter Translational Partnership award, worth up to $100,000, to work with a medical device company on a computer algorithm to determine when the ventilated patient needs to cough. A decision on that award is expected in late May.

In the undergraduate competition, White Light Medical, a team from the Department of Biomedical Engineering's yearlong Design Teams sequence won with an idea called AccuSpine, a pedicle probe to reduce the incidence of pedicle breaches in spinal fusion surgery. The team was advised by Chetan Bettegowda and Sheng-fu "Larry" Lo, both in the Department of Neurosurgery.

Both projects will be showcased Tuesday at the daylong BME Design Day at the Armstrong Building on the Johns Hopkins medical campus in East Baltimore.

"Each year, 20 graduate and undergraduate teams, along with Johns Hopkins clinicians and faculty, tackle some of the most challenging healthcare needs of the U.S and global markets," says Elliot R. McVeigh, Massey Professor and director of the Department of Biomedical Engineering. "We are rapidly emerging as a leader in the translation of scientific and technical advances into clinical applications that improve clinical care."

For a complete list of the JHU Business Plan competition winners, visit: http://www.jhu.edu/bpc. 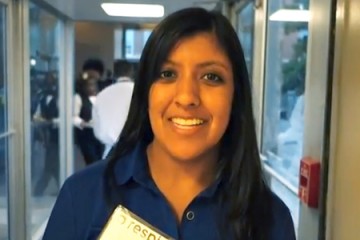