Daniels praises JHU's greening efforts, says there is more that can be done

President notes progress university has made in reducing carbon footprint 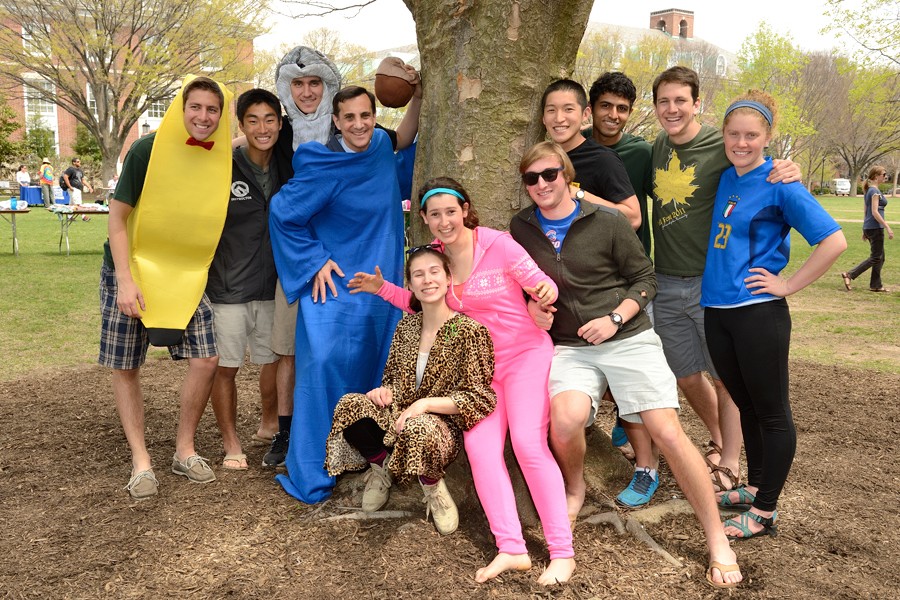 Image caption: President Ronald J. Daniels (donning a Snuggie) poses for a photo with members of the Johns Hopkins Outdoors Club—including one dressed as a squirrel—who took part in the Hug-A-Tree photo contest at the university's Earth Day showcase.

Behold the power of fleece.

In a nod to low-tech ingenuity for sustainability's sake, President Ronald J. Daniels donned a blue Snuggie at the Johns Hopkins Earth Day Showcase on the university's Homewood campus to symbolically honor the many efforts under way to reduce the university's carbon footprint and safeguard the environment.

The fleece in question came from the "Snuggie Closet" at the university's Montgomery County Campus, which was put in place to offer students, staff, and faculty a way to warm up without turning up the thermostat and wasting energy.

Daniels didn't keep the fleece on long, however, as Mother Nature provided warm spring weather for the event, which featured an interactive expo of green-thinking student groups, JHU departments, and local organizations. Hundreds came out to the Keyser Quad to learn more about the university's environmental efforts, uncover opportunities to get involved, and participate in games and activities like waste sorting cornhole and a Hug-A-Tree photo contest.

The president used the occasion as a call to action to the university community to continue to enhance its greening efforts.

"What we are doing here [today] is celebrating the university's commitment to thinking holistically and creatively about the environment," Daniels said. "Doing so, as you all know, is an imperative."

In his speech, Daniels borrowed the words of Yale economist William Nordhaus, who in his latest book likened mankind's role in climate change to high stakes gambling and suggests we need to stop rolling the dice in this perillious game and "walk out of the climate casino" while there is still time.

"To do so, to walk out of this climate casino, we have to unite our thinking across disciplines, from ecology to economics and to politics," Daniels said. "This is as true at a local stage as it is on a global stage, and we see this play out daily at Johns Hopkins."

The university, Daniels said, has come a long way since the Hopkins Task Force on Climate Change released in 2008 its series of major recommendations, prominent among them a goal to reduce the university's greenhouse gas emissions by 51 percent by the year 2025.

To date, the university has reduced its emissions by 23 percent, an achievement made even more notable as it came during a period when the university increased its total campus size by 1,000,000 square feet. "We are growing," he said. "But we are growing smartly."

The reduction was made possible, Daniels said, by a "constellation" of projects, including outfitting buildings with solar panels and using locally sourced foods in dining halls.

But more can be done.

"So once again we are calling on leaders across the campuses to set an equally ambitious sustainability agenda for the next five years," Daniels said. "Our goal is another significant reduction in greenhouse gas emissions, and the tools we use to achieve this will vary from investing in smarter buildings to reimagining the way in which we consume energy within them."

The event also featured a Green Blue Jay Awards ceremony to honor inividuals and groups who have greatly contributed to the university's sustainability's efforts this past year.

The awards and winners are: 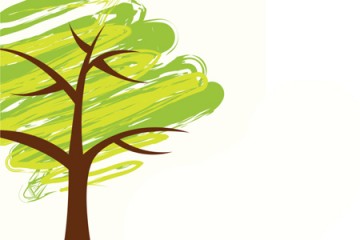