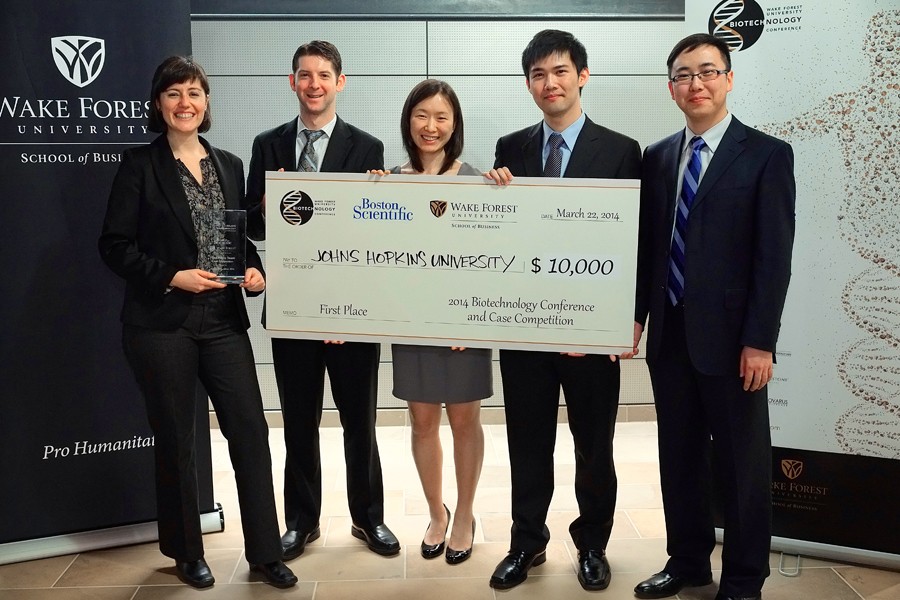 For the second consecutive year, a team of students from Johns Hopkins University won the $10,000 first prize in the Biotechnology Conference and Case Competition at Wake Forest University in Winston-Salem, N.C. 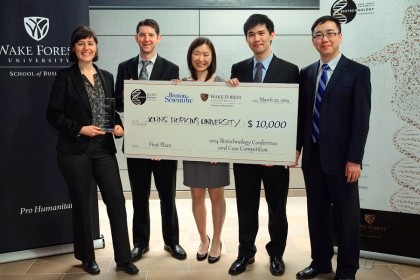 The JHU student team consisted of:

Other schools that took part in the fifth annual competition, held in late March, were Virginia Tech (winner of $5,000 for second place), Ohio State (winner of the $2,000 third-place prize), Duke, North Carolina State, the University of California at Berkeley, Boston University, and Wake Forest.

In the competition, the eight student teams were challenged by lead sponsor Boston Scientific to create methods of improving value for patients in the company's endoscopy division. The teams worked on their proposals for a week and then spent one day presenting them to a group of judges.

Wang said the JHU team benefitted from the strengths of the members' varied academic backgrounds.

Added Koch: "We wanted to provide innovative solutions, so some of our recommendations entailed risk. But our rationale was solid, and we quantified the payoffs to demonstrate the value to Boston Scientific." 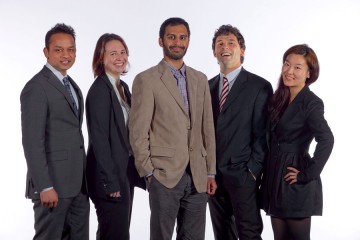 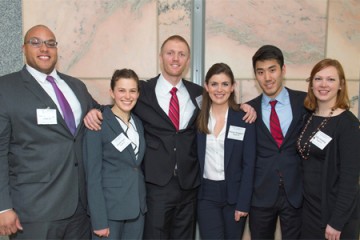