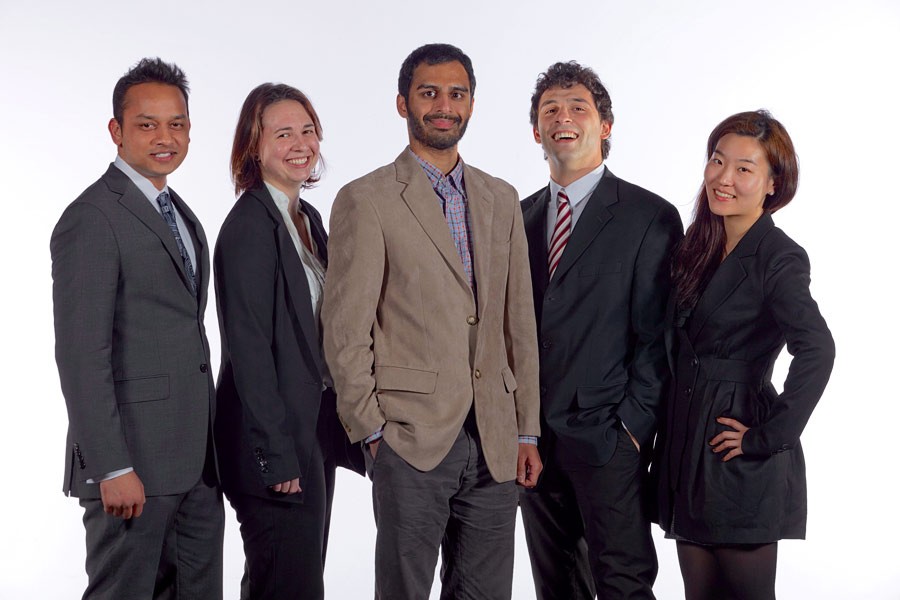 A student team from Johns Hopkins University won the $10,000 first prize in the 4th Annual Biotechnology Conference and Case Competition held this month at Wake Forest University in Winston-Salem, N.C.

Eight student teams from leading American universities were assigned a business problem by competition co-sponsor Boston Scientific, a Massachusetts-based medical equipment company. They were asked to create a strategy that would enable Boston Scientific to market its urology products in China.

Given a week to prepare their proposals, the teams made the final presentations to a panel of judges Feb. 9 at Wake Forest. Results were announced later that evening at an awards dinner in downtown Winston-Salem.

The Johns Hopkins team was captained by Kalyan Kanakamedala, a student in the dual Master of Business Administration and Master of Public Health program run by JHU's Carey Business School and Bloomberg School of Public Health. His teammates were Michelle Zwernemann, a Master of Science in Engineering candidate at the Center for Bioengineering Innovation and Design at JHU's Whiting School of Engineering; Kyungmin Song, who holds a medical degree and is also a MBA/MPH candidate at Johns Hopkins; Robin Kabir, a student in the Carey Business School's Global MBA program; and Nicolae Done, a doctoral candidate in health economics and policy at the Bloomberg School of Public Health.

Students on the team said the broad range of their specialties and international experiences were pivotal to their success in the competition.

"All of the teams offered pretty similar business plans, but I feel ours stood out because we were able to offer detailed steps and analyses that would help the company realize its goal," Song said. "We looked closely at the risks and challenges, and how to mitigate them. We had details and insights that I don't think the other teams had, and that made a big difference."

"We gave Boston Scientific ideas that they could actually implement right away," Kabir added. "Anytime you come up with a strategy, you have to rationalize it with very thorough data, and we provided that."

The Johns Hopkins students focused not only on the content of their 25-minute presentation (including a 10-minute Q&A with the judges) but also on its form. Kabir said they rehearsed the presentation to ensure that even the physical movements of the team members reflected thoughtful planning. "We had a good flow," he said.