Walter White of "Breaking Bad" sneaks, lies and manipulates—to say nothing of dealing drugs and killing people. But his biggest crime, a Johns Hopkins University professor says, is being a really, really bad teacher. 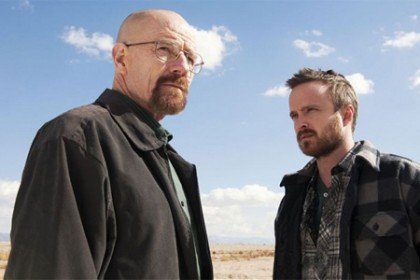 But political scientist Samuel Chambers makes a case in the spring issue of the journal Theory & Event that the true teaching talent on "Breaking Bad," the one who could inspire and mentor the student, young Jesse Pinkman, was sociopath drug kingpin Gustavo Fring.

"I asked, 'Who is the better teacher, Walt or Gus?' And I argue that despite being a cruel, scary, and doubtless cold-blooded killer, Gus proves to be a much better teacher to Jesse than Walt does," Chambers said. "Jesse grew under his tutelage; he learned something he did not know and his character was formed in positive ways. Walt, in stark contrast, taught Jesse nothing at all."

Chambers, an associate professor who teaches a Johns Hopkins class called Cultural Politics of Television, has also researched the educational theories of the French philosopher Jacques Rancière. As he watched "Breaking Bad," Chambers realized the teacher/student dynamics among Walt, Jesse and Gus neatly matched Rancière's pedagogical theory that a good teacher "emancipates" while a poor one "stultifies." In other words, Gus encouraged and empowered Jesse while Walt made him feel stupid and inadequate.

In his article, called Walter White is a Bad Teacher: Pedagogy, Partage, and Politics in Season 4 of Breaking Bad, Chambers points to several episodes to prove his point. One such moment comes in episode 9. Gus is sending Jesse alone to Mexico to teach Mexican chemists how to make Walt's famous blue meth. Jesse doubts he can do it without Walt's guidance. He begs White to help him, saying, "You're the chemist man, you know, not, not me. … I don't know how to answer because I'm not you. I don't know. If I mess this up, I am dead. Mr. White, I need your help."

Walt ignores Jesse's plea and immediately begins to light into him for seeing Gus behind his back.

In the very next episode, viewers see Jesse and Gus. Jesse is about to board a plane to Mexico and obviously still terrified.

"He looks up to Gus, who stares directly back and says just four words: 'You can do this.' These are the very words Walt has always denied Jesse," Chambers said.

"Walt failed as Jesse's teacher because he could never for a moment stop playing the stultifying schoolmaster, the one who insists upon his superior intelligence [and] demands recognition of that superiority from his students," Chambers said. "Only a bad teacher tries to establish mastery by way of assertion of superior intelligence. …

Chambers is the author of several books including The Queer Politics of Television (2009), where he explored cultural politics through shows like "Buffy the Vampire Slayer," "Six Feet Under," and "Desperate Housewives." His most recent book, The Lessons of Rancière, was released in 2012. 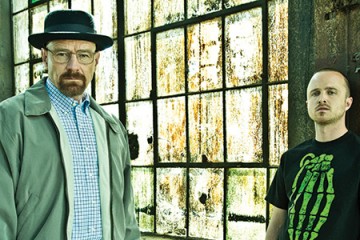