Among the challenging questions: Did each team get the correct mix of home and away games? Are enough dates reserved for division rivals? Did each team get a fair share of lucrative weekend dates? Do required rest days follow rigorous road trips? And where is the work-around for that Sunday afternoon when a dog show is booked for the ballpark?

Major League Baseball has begun to get some high-tech help with scheduling. But for its 15 affiliated minor leagues, assembling the multi-team, multi-game calendar remains a tedious, time-consuming task that must be completed by hand.

Soon, there may be a better way. Johns Hopkins students and faculty members have started tossing advanced math and powerful computing tools at the arcane art of planning game dates. The result is a new scheduling system that has piqued the interest of minor league baseball executives—and may prove to be useful in applications beyond the ballpark.

"Our goal has been to come up with a mathematical formulation of the problems that occur in putting together a 140-game season involving many baseball teams from different cities. Then, we have to coax a supercomputer into kicking out a workable schedule," said Donniell Fishkind, who began assigning the calendar challenge two years ago to students in his class on optimization, the science of making decisions when many alternatives exist. "The students liked getting a chance to work on a practical problem. And working with baseball schedules is really neat."

Fishkind, a lifelong baseball fan who is an associate research professor in JHU's Department of Applied Mathematics and Statistics, learned about the challenges involved in minor league scheduling when he attended a seminar presented by Tony Dahbura, interim director of the university's Information Security Institute.

As a minority owner of Maryland's Hagerstown Suns, a minor league affiliate of the Washington Nationals, Dahbura was well aware of how tough it is to tease a complex baseball league calendar out of a computer. "I started working on this back early 1990s," he said. "There are a lot of variables and constraints. These teams play between 140 and 150 games a season, playing almost every day, traveling a lot. So, it requires heavy-duty applied math and computer crunching power."

After hearing Dahbura's presentation, Fishkind decided to pitch baseball-scheduling problems to undergrads in his optimization class, using a fictitious "Federated League" and parameters devised by Dahbura. For example, the schedule had to make sure no team would play more than nine consecutive road games. Also, the students had to try to honor each team's special requests, such as asking for a home game on Father's Day.

The baseball assignment has been a big hit among the Fishkind's students, and seven of them have opted to continue working on the project after completing his course. The group's goal is to fine-tune the system so that it will satisfy the scheduling demands of real-life minor league organizations.

To accomplish this, the students convert the many scheduling rules and requests into a mathematical formulation. Even when they are successful, these types of math and computer science problems are notoriously difficult to solve. By clever manipulation and the use of novel mathematics and computer science, however, the students have been able to turn the scheduling challenges into problems that state-of-the-art software and supercomputers can take a swing at. Whenever the rules turn out to be overly restrictive, and no solution emerges, the computer tells the students it has struck out.

"The solutions to these scheduling problems are really a mix between the hardware and the software, the know-how and the technology," Fishkind said. "And there are a lot of tricks that need to be incorporated."

Dahbura took the idea to the most recent winter meeting of minor league baseball executives and found a receptive audience. As a result, the Johns Hopkins students have been using their latest system to draw up proposed 2015 game schedules for six minor league organizations. The executives will review the results and decide whether to purchase the student-devised schedules in place of the usual time-consuming hand-made plans.

There's not much money to be made in minor league scheduling, Dahbura concedes, but he said the techniques used in the baseball project could be adapted for use in scheduling transportation, hospital, and manufacturing shifts, as well as the allocation of college classroom space.

Still, the students who have worked on the baseball scheduling challenge are happy to see their math skills produce something more than top test scores.

"The optimization class is very theoretical most of the time," said Jordan Pryor, who took the class as an undergrad in 2012 and continues to work on the baseball project as he finishes his Johns Hopkins master's degree studies in applied math. "It's great to be able to apply what we've been learning to a real-life situation." 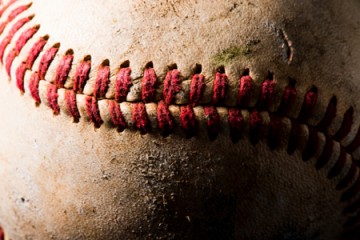