With forthcoming revision, College Board aims to level playing field for students from low-income families

As many people who have been to college will tell you, these are three of the most anxiety-inducing letters of the English alphabet.

Administered by the College Board, a century-old "not-for-profit that connects students to college success and opportunity," the Scholastic Assessment Test is designed to evaluate students' college readiness.

And, as was announced earlier this month, it's about to undergo a major revision.

The SAT is currently made up of several sections, including critical reading, mathematics, and writing. From start to finish, including breaks, the SAT takes about four and a half hours to sit through. Because of the rigid timing and the mental gymnastics some of the problems require—for instance, this—many students who are otherwise very capable thinkers end up with average scores. On the flip side, average testers who perform well under pressure, even though they are not particularly studious, might end up with excellent scores. As some have argued, the most accurate prediction the SAT can make is how well students perform on the SAT.

The College Board has long heard the criticism that students from minority and low-income backgrounds aren't well prepared to take the SAT. It's this criticism that the group hopes to address with the revamped test.

With some of the trickier and esoteric language of the current SAT stripped away, the new test will focus more on "evidence-based" content with practical uses for daily collegiate life. For example, arcane words like "membranous" and "depreciatory" will be replaced with words like "synthesis" and "empirical."

David M. Phillips, vice provost for admissions at Johns Hopkins, said he welcomes a move toward more practical testing content, telling The Baltimore Sun, "Most people are in agreement about moving away from testing the esoteric language and nonsubstantive concepts."

In an effort to focus on content that students will come across in college, the new SAT will include an excerpt from a historical text, like Letter from Birmingham Jail or The Federalist Papers. And the required essay, which was instituted in the 2005 redesign, will now be optional. Perhaps most important, wrong answers will no longer be counted against a test taker's score, a change that will encourage more educated guessing—and maybe more ABACADABA-ing.

These changes, which are reflective of the new Common Core standards for education, will take effect in 2016, and will, according to Phillips, create more opportunity for students with limited financial resources.

"I love the fact that they are trying to create more opportunity," he told The Sun. "That is the most exciting thing, the focus on low-income access."

This graph showing the relationship between family income and SAT scores makes it pretty clear that students from wealthier families fare better on the SAT.

According to Nettie Legters, research scientist at the Johns Hopkins University Center for Social Organization of Schools and associate director of the center's Talent Development High Schools program, the current SAT rewards "test-taking tricks learned in test-prep seminars" rather than "the ability to think." The problem with such seminars is that they are "often prohibitively expensive for low-income families," she says.

Many critics have long complained that SAT prep is costly, and lower-income parents/guardians can't afford to enroll their children in these programs. But now, thanks to a partnership with the Khan Academy, high-quality test-prep will be offered free of cost to any student who wants it. The College Board also plans to address wealth inequality by offering low-income students up to four waivers for their college application fees.

Phillips told The Sun he's eager to see how the SAT changes are implemented, adding that ultimately colleges will want to see evidence that the new test is an accurate predictor of college readiness.

"We need to be cautious," he said, "and understand the research behind these moves before we can understand whether they will be good for the process."

For now, though, says Legters, if these SAT changes make college more accessible to students from low-income families, then she counts that as progress. And while she suspects "the recent changes are being driven largely by competition, … at least the College Board is finally being responsive to research and the changing times." 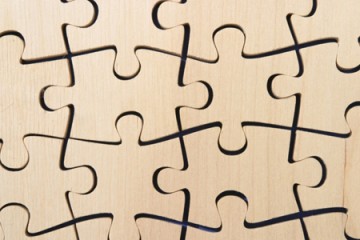