Chimamanda Ngozi Adichie, a 2004 graduate of the Writing Seminars master's program at Johns Hopkins, was recently honored with a National Book Critics Circle Award for her novel Americanah. 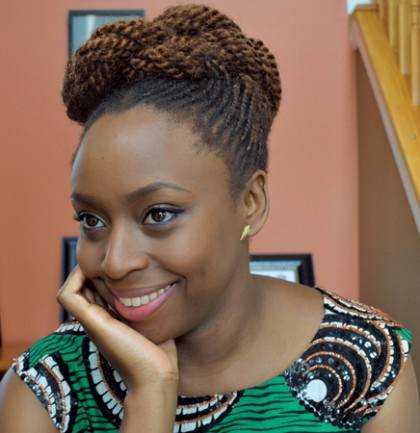 Americanah, Adichie's third novel, beat out four other finalists in the fiction category—Someone, the seventh novel by former National Book Award winner and Writing Seminars professor Alice McDermott; The Infatuations, by Javier Marias; A Tale for the Time Being, by Ruth Ozeki; and The Goldfinch, by Donna Tartt.

The fifth of six children, Adichie was born in Nigeria and raised in Nsukka. She came to the United States to study at Eastern Connecticut State, Yale, and Johns Hopkins.

Here's a blurb about Adichie's Americanah from the NBCC's board of directors' blog:

Like multiple NBCC award winner Philip Roth, Adichie is audacious when writing about the immigrant experience, about love and sex, about bigotry and hate and invisibility. Americanah questions the boundaries we draw between races and genders and nations. Adichie suggests, obliquely, that we return to the essential human encounter. She holds up a mirror, and invites us to see ourselves.

Some may be familiar with Adichie's impassioned TED talk, "We Should All Be Feminists." Beyoncé even sampled some of Adichie's talk on her latest album, on the track Flawless.

Adichie's narrative voice continues to challenge oppressive systems of injustice. Last month, she made waves when she wrote a piece for The Scoop speaking out against Nigeria's anti-gay laws. 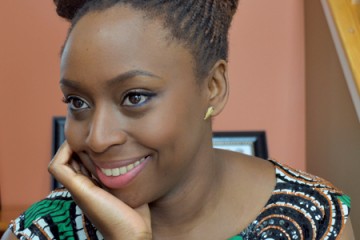