He performs Saturday as part of Music at Evergreen concert series 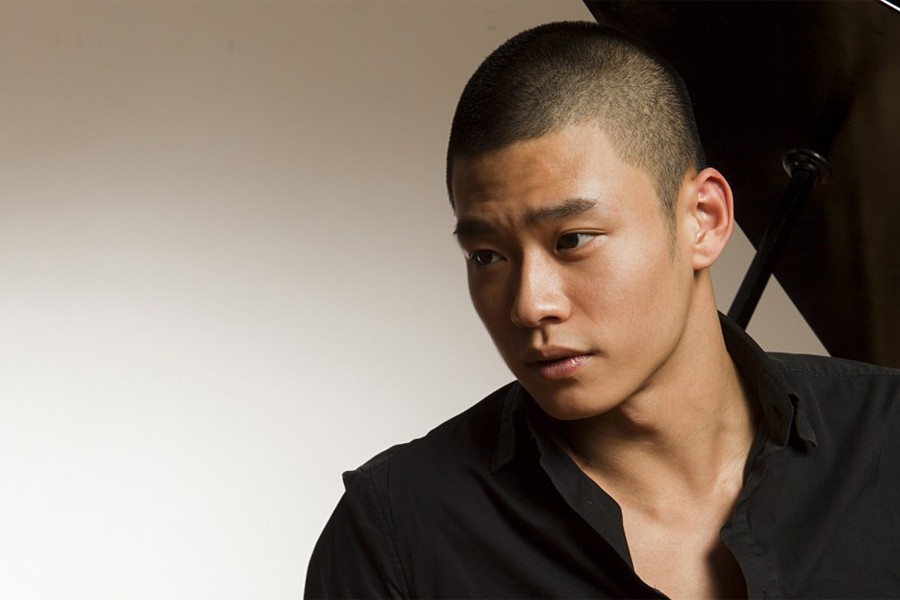 A superstar in his native Korea, Ji was launched to fame at age 10 when he became the youngest pianist to win the New York Philharmonic's Young Artists Competition. Since then, he's won a number of high-profile awards and has performed as a soloist with some of the most prestigious symphonies in the world.

We caught up with Ji to learn about family, his performance career, and who inspires him.

How did you start playing the piano?

I've been playing the piano for 17 years now. I started when I was 5. My mom is a singer, and when I was growing up, she had sort a music school in Korea. I was raised with pianos all around me, and with my mom singing all the time. She taught violin, piano, voice, the works. My mom found me playing piano by ear one day, and she decided to get me started. She was one of my first teachers. I slowly picked up my pace. I went to pre-college in Korea and studied with teachers there, and then [moved to the U.S.] 14 years ago. I never really thought I'd get into the performing circuit here. I just came here so I could have a better teacher, a better education. But things worked out, and funny enough, I began my performing career at 11 years old.

When did you decide you wanted to make a career out of performing?

I guess it was inevitable from an early age. I loved to entertain other people. We had every once in a while a family get together, and my family would want me to sing, play, dance. I would always get allowances for things like that from my aunts and uncles. That's how I got started.

I seriously decided I wanted to be a performer not very long ago. I mean, I've been playing professionally since I was 11, but I think I only recently decided this is what I want to do. The main aspect of my life had to be on stage playing piano. I think it was about two, two-and-a-half years ago. So kind of recently, considering my past.

I'm sure it applies to every other performer out there: when you're on stage, it's a home away from home. I get to express things I could never really express with words. From a very early age, I thought music was pretty ineffable, and it seemed to me like a second language. And to this day, I'd say I'm not a very personal person. But if you come to my performance, I get super, super personal.

That's one aspect that's intriguing about being a performer. There are a lot of guys who ask me what I think about when I'm performing. I don't know what I'm thinking about really. Time stops. I guess that I like the fact that time stops for an hour and a half. I just really love emerging in my own little world, and being able to share that with other people.

What do you mean your performances are personal?

In terms of my music-making and the way I interact with the audience—even my body—they fully get the scope of who I am as a person. I don't necessarily have to talk to do that. There are great performers out there who, you go to their concert, it's stimulating. But sometimes I don't think it necessarily speaks to their personality, so I think the audience is left with wondering who they are as people. And that's great, but I'm very in-your-face about who I am as a person on stage, and how I play. Good or bad? Well that's up to you to decide. But I like it. I really, really pour out everything on stage, and by the time I'm done, I'm just a floppy piece of something.

Do you play other kinds of music?

I mainly focus on classic music. I'm a classical pianist, that's what I've been doing, that's what I love. I have a very special connection with the piano, sort of like I'm wedded to it right now, and I always will be. But on the side, I play—not in front of public!—other types of music, I compose here and there, I do some improvisation stuff when I'm bored.

Who are some of your greatest influences?

I would have to say—musically and non-musically—I have amazing parents. My mom has influenced me musically a lot. She has an incredible ear, and an amazing instinct. And I think that's where I get my musical instinct. My father taught me to be a good person over all. They're both awesome; they're a great dynamic duo! I'm infinitely influenced by my parents way more than anyone else.

But musically—if we're talking about the masters out there—there's a wide range of people. If I'm talking about pianists, then I think I'd have to go with Richter, or Horowitz here and there. Piotr Anderszewski, who's a Polish pianist, he's been a great influence to me. It's an eye-opening experience every time I play for him.

You're also influenced by people around you, and not just from listening to them play or interpreting music or anything like that. I think it's just being around these people, feeling their vibe, getting their energy, sharing the passion that we have for music. It's sort of what keeps me going. My friends have always influenced me musically. There's a constant going back and forth of friendship, of love, of sadness, that kind of stuff really fuels my engine to play the music.

Do you practice regularly?

Of course. If you don't practice, that's the day you say to yourself you don't want to do this anymore. I practice five hours every day. I'm still at school: it's been a drawn out process for me, because I'm not really a school person. But I'm there for other reasons, too, so I'm happy. I'm studying with Choon Mo Kang, an alum from Peabody. I've never been to Peabody, and it's special to me that I'm going there because my mentor is from there.

Ji-Yong performs in the 61st Music at Evergreen concert series on Saturday, March 15, at 3 p.m. in the Bakst Theatre at the Evergreen Museum & Library. Tickets are $20, $15 for museum members, at $10 for full-time students with ID and can be purchased online at museums.jhu.edu or by calling 410-516-0341. 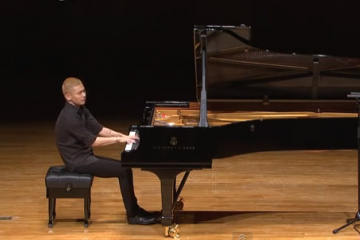