The SONAR new music ensemble kicks off the second half of its 2013-14 season this weekend with its Dark Visions program, a variation on the Darkness theme of last year's indelible January concert. The evening includes the premiere of By the Light of the Stars, written specifically for the group by Peabody Institute doctoral candidate and Conservatory faculty member Lonnie Hevia. 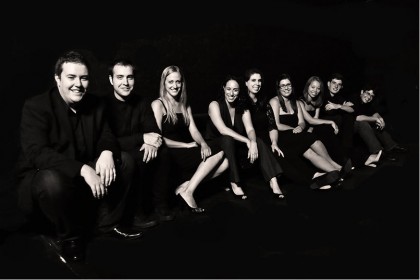 Peabody alumnus Colin Sorgi, SONAR's artistic director, founded the ensemble in 2007 to showcase new music, and in 2012 it started the RADAR LAB, an incubator deigned to discover and develop young composers. Each year, the incubator leads to the concert debut of six composers' works, with the audience picking a winner.

Hevia was the 2013 winner of this SONAR prize. His By the Light of the Stars—a 13-minute chamber piece for flute, bass clarinet, trumpet, percussion, piano, and string quintet—receives its world premiere Jan. 31 at 8 p.m. and Feb. 2 at 3 p.m. at the Theatre Project in Baltimore.

It shares the bill with a pair of stunning but not often-performed 20th-century pieces. When French composer Henri Dutilleux, who died last year, was writing Ainsi La Nuit for string quartet in the 1970s, he hadn't written for such a small ensemble in about 20 years. This dazzlingly beautiful work features seven sections that are each a kind of variation on its introductory ideas. (This short video about the work by the U.K.'s Riot Ensemble offers a succinct, illuminating exploration of its complexities.)

And mezzo-soprano Megan Ihnen, another Peabody alum, joins the SONAR ensemble for its performance of Infinito Nero, a one-act opera by Italian composer Salvatore Sciarrino. The libretto for this work is a transcript of a vision had by St. Mary Magdalene of Pazzi, a Carmelite mystic whose series of ecstasies were transcribed in the late 16th century. Infinito Nero moves at a planetary pace, its musical sounds evoking a heavy snowfall causing giant tree limbs to creak, with vocalizations piercing the lingering tension like a knife. 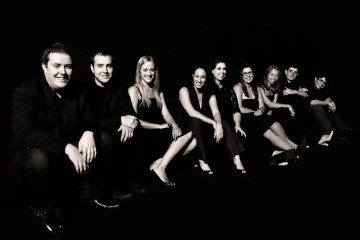 A walk on the dark side