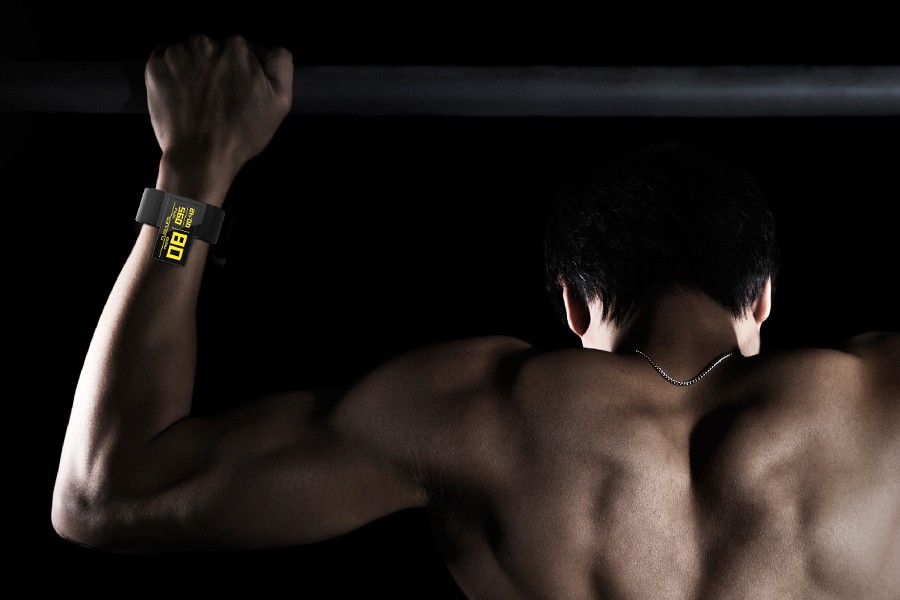 Ever hear of Atlas? 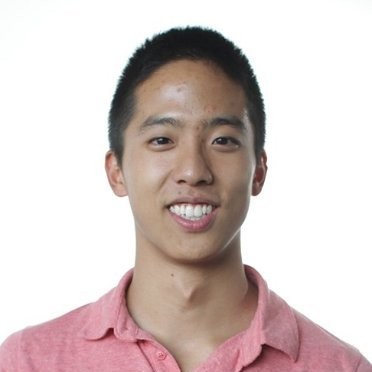 No, we're not talking about the primordial Greek Titan balancing the world on his shoulders. We're talking about this thing, which might be the world's most advanced wearable fitness tracker.

Wearable technology is currently all the rage. Ditto for wearable "personal trainer" kinds of tech. There's the Jawbone Up, and the Fitbit Flex, and the Nike Fuel Band. But the Atlas team says its product is different from what its competitors offer. In fact, in a recent article, Fast Company said the yet-to-be-released Atlas "puts everything else to shame." That's because while those other gadgets promise to track your workout, Atlas is the first tracker to actually make good on that promise. TechCrunch and CNN have also weighed in with positive reviews.

Other devices on the market are really just "glorified pedometers," says Peter Li, Atlas co-founder and a 2013 Johns Hopkins graduate. What sets Atlas apart from other wearables is that rather than just tracking your steps or time, Atlas actually has the capabilities to track specific movements of your entire body during workouts, Li says. In fact, its tracking system is so advanced that it can record the number of laps you swim, and can even tell the difference between normal push-ups and triangle push-ups.

So how does it work? According to Li, inside the wristband are lots of inertial sensors. These sensors are capable of reading your movements in a 3-D trajectory and then identifying the "motion fingerprint" of each specific exercise you do. Atlas then sifts through all this information, picking out the most important data relevant to your fitness goals.

Sounds pretty awesome, right? We thought so, too, and so we caught up with Li by phone from Austin, Texas (where Atlas is based), to find out more.

Hey, Peter! So where did you get this idea?

While I was at Hopkins, I was working with a friend on the Sound Body Challenge. It's a program where students team up with faculty members to reach fitness goals. What we learned is that extrinsic motivators are OK, but it's very powerful to have the ability to see and quantify your own progress. And that's really the core of what Atlas is solving: the manual tracking of what you're doing.

What's the difference between Atlas and similar gadgets?

Everything on the market right now, all they do is count steps. Some estimate sleep. But, I mean, from a legitimate scientific perspective, they're all really estimating. And people are paying [a lot of money] for a pedometer on their wrist. What we do is something different. Instead of just generalizing your activity, we can actually identify—which I think is the key word—and then track more specific exercises.

So Atlas is after specificity?

Yeah. If you're doing push-ups, if you're doing sit-ups, if you're doing squats, we can tell the difference between all of them so that you don't have to try to remember what you did last week. And you don't have to write things down. Your specific movements, the quality of your form, the amount of time you take between exercises: we track that. Also, coupling that with the biometrics of your heart rate will be incredibly powerful. Like being able to see how your heart is affected by different exercises, being able to see what your recovery rate is, what your stamina is. And the beauty of everything is that it's automatic. You don't have to do anything extra.

How long have you been working on this?

About two to three years ago, we couldn't figure it out. We couldn't find a way to make the technology work. There were limitations in terms of software experience. It wasn't until about a year and a half ago when we tried it again that it started to work. There was sort of an interesting moment where we could first tell the difference between bicep curls and shoulder raises, and triangle push-ups versus regular push-ups. The distance between your hands is only six to 12 inches, and that small difference in form was able to be picked up by our algorithm. It was really exciting to be able to see the potential, the specificity of the technology we have.

What did you study at Hopkins?

I did the combined B.S./M.S.E. Biomedical Engineering program.

Do you think the program helped with your inventor skills?

My personal opinion is [the program] teaches you so many different things, which could be a con. But the trade-off is, you get to taste so many different industries, so many different fields. From a biomedical perspective, you're combining so many disciplines from biology to chemisty to engineering. I think [that diversity] has helped me personally in terms of drawing connections and finding solutions that I may not have seen from a single perspective. So certainly a lot of what I learned about problem-solving from the biomedical engineering curriculum has made my life at Atlas a little bit easier.

And the response to Atlas has been pretty good, right?

Yeah! I feel very strongly that people are starting to realize that everything they're getting right now is not doing it. The data you get from these other products—not to single anyone out—we believe it's limited. We want to add value in terms of the overall activity for those who really want to take control of their health and fitness. The fitness community here in Austin has been incredibly supportive, too.

What's one of the coolest features?

Along the lines of motivation, something we're pretty excited about is ghosting. It's like Super Mario Kart. So you record your best lap ever on a particular race track, and then when you race that lap again, there's a ghost of you. The idea is you're trying to improve yourself based on your best effort. We're looking forward to being able to replicate that experience in the gym. And not only ghosting against yourself, but with your friends and family, and even professional athletes and trainers.

So we'll be able to compare our workouts to the pros?

Right now, with the help of trainers and fitness gurus here in Austin, we're collecting data on what good form looks like. With this form, we'll be able to judge what your form looks like. So not only will Atlas say, "You did 12 bicep curls," but it will also be able to say, "Good job! Those first two sets were A to A-minus. But on the last set you started cheating, your form was off." And then we can give you actual suggestions to improve your workout based on that information.

And the device is just the wrist thing? There's no clunky computer to drag to the gym?

The wrist thing works on its own. Unlocking yourself from having to carry your phone around is something we think is super-important. You can quickly glance at it to get any sort of actual metrics you're interested in. It will also have a touch display, so you'll be able to make any necessary corrections to the algorithm. Each device becomes personalized to the individual user.

You met your initial fundraising goals on Indiegogo. What's next?

Well, we have other goals to unlock for different features. Like, different colors or materials for the band, or improving waterproofing from [a depth of] 50 meters to 100 meters. Also, bands for different locations on the body—for triathletes, we recommend an ankle band. And Atlas will automatically be able to tell where you're wearing it.

Cool! We'll take one in lime green! Thanks for talking with us today, Peter.

You can learn more about Atlas at its website. You can also contribute to the fundraising campaign over at Indiegogo.