Efforts should focus on those at elevated risk for violence, researchers say

The consortium includes Daniel Webster and Jon Vernick, director and co-director, respectively, of the Johns Hopkins Center for Gun Policy and Research, as well as center faculty members Shannon Frattaroli and Emma (Beth) McGinty. The Dec. 2 report notes the importance of identifying people who are more likely to act violently because of risk factors that include heavy drinking or history of violent crime.

"Keeping guns out of the hands of people who are at an elevated risk for violence and suicide is a public health priority," Frattaroli said. "This report outlines the steps states can take to achieve this goal, while also respecting the rights of people with mental illness, who are responsible for only about four percent of the violence in society."

Added McGinty: "By drawing upon the expertise of researchers, practitioners, and advocates, the report offers evidence-based policies which also take into account the realities of the mental health system. States now have access to evidence-based strategies to reduce gun violence among individuals most at risk."

A PDF of the report is available online. The keynote addresses can be viewed at http://bit.ly/1aCWFgf.

The consortium has also developed recommendations for reducing gun violence through federal policy that is expected to be releases today. 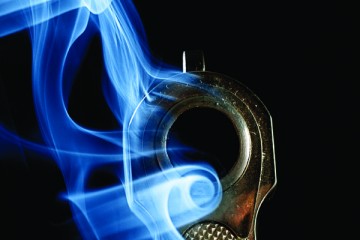 Making the case for gun control