The family of Henrietta Lacks, a mother of five who died from an aggressive form of cervical cancer at Johns Hopkins Hospital in 1951 and whose harvested cells have paved the way for countless medical breakthroughs in the past 62 years, will have a say in how those cells are used in the future. 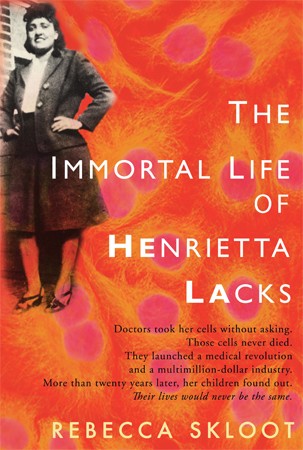 The National Institutes of Health announced an agreement Wednesday that will give the Lacks family some control over scientists' access to Lacks' genetic blueprint, derived from the so-called HeLa cells collected after Lacks died.

Lacks' story garnered national attention after the release of Rebecca Skloot's best-selling book The Immortal Life of Henrietta Lacks in 2010. An article in the Summer 2010 issue of Johns Hopkins Magazine discussed Skloot's book and the controversy surrounding Lacks' case and the unauthorized use of her cells:

A young lab assistant attended an autopsy at the Johns Hopkins Hospital morgue on October 4, 1951. The assistant was Mary Kubicek. The autopsy was of a woman who had died at 31 from the metastasized cervical cancer that had so ravaged her there was scarcely an organ in her body not riddled with malignancies. Kubicek had never seen a corpse before and tried to avert her gaze from the face to the hands and feet. That's when she was startled by the deceased woman's chipped red toenail polish. Kubicek later told writer Rebecca Skloot, "When I saw those toenails, I nearly fainted. I thought, 'Oh jeez, she's a real person.'"

The real person was Henrietta Lacks. Much of the American public knows at least the outline of her story since publication of Skloot's best-selling book The Immortal Life of Henrietta Lacks. When Lacks came to Hopkins for treatment of her cancer, a surgeon sliced away small samples of the malignancy and Lacks' healthy cervical tissue for George Gey, the director of tissue culture research at Hopkins. By 1951, Gey was nearly 30 years into a quest to culture "immortal" cell lines: human cells that would reproduce endlessly in test tubes to provide a steady supply of cells for medical research. Gey had experienced little but failure when a Hopkins resident dropped off the pieces of Henrietta's tissue. Soon after the malignant cells, labeled "HeLa," were placed in culture medium by Kubicek, who was Gey's lab assistant, they began to reproduce, doubling within 24 hours. They have never stopped. They now live by the uncountable trillions in laboratories and the inventories of biologics companies throughout the world, still robust after 60 years and perfect for all sorts of research. The HeLa cell line has been the foundation of a remarkable number of medical advances, including the polio vaccine, the cancer drug tamoxifen, chemotherapy, gene mapping, in vitro fertilization, and treatments for influenza, leukemia, and Parkinson's disease.

Though the science and history in Skloot's book are fascinating, they are not what has made it a national best-seller. What has resonated with readers are the interwoven narratives of Henrietta Lacks' sad life and her daughter Deborah's pursuit of knowledge about the mother she never knew. And there is one more thing. Text on the front cover of Skloot's book reads, "Doctors took her cells without asking." The inside flap continues, "Henrietta's family did not learn of her 'immortality' until more than 20 years after her death, when scientists investigating HeLa began using her husband and children in research without informed consent. And though the cells had launched a multimillion-dollar industry that sells human biological materials, her family never saw any of the profits."

Under the agreement with the NIH, two members of the Lacks family will sit on a six-member committee that will regulate access to the genetic code.

Skloot, who sat in on negotiations that led to the agreement, authored an article for the Spring 2000 issue of Johns Hopkins Magazine that was adapted from her book, then in progress. In that article, she spoke with Ruth Faden, executive director of the Johns Hopkins Bioethics Institute.

"There are at least two issues that cases like Mrs. Lacks' raise," Faden told Skloot. "One is the question of consent, and the other is what, if anything, is morally or legally due to a person if something of commercial value is developed from their cells."

In terms of informed consent, Faden added, "the Lackses' story is a sad commentary on how the biomedical research community thought about research in the 1950s. But it was not at all uncommon for physicians to conduct research on patients without their knowledge or consent. That doesn't make it right. It certainly wasn't right. It was also unfortunately common."