On Jan. 24, 2008, the Paris-based French bank Société Générale announced that a single employee had lost the bank €4.9 billion in fraudulent transactions from 2007 into early 2008. Though the bank listed the employee as "X" in formal complaints filed with the public prosecutor, business journalists quickly reported that it was Jérôme Kerviel, a junior futures trader from Brittany who joined the bank in 2000. A Jan. 25, 2008, New York Times Business Day story reported that Kerviel was a graduate from a business college in Lyon, not a prestigious university like his financial peers. Just a few days before the Kerviel announcement, a Times headline announced "Stocks Plunge Worldwide on Fears of a U.S. Recession" and, well, the country is still grappling with what the rest of 2008 wrought on the United States' economy. 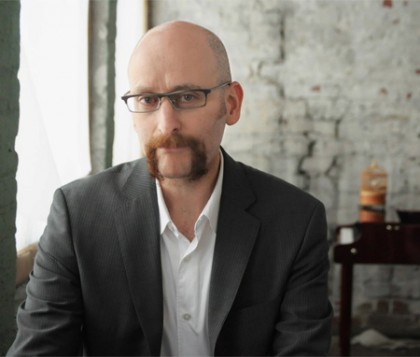 So when Peabody Institute music theory faculty member and composer David Smooke decided to write music inspired by Kerviel's story, naturally what came to mind was an opera featuring lyrics sung in an invented language that would be staged by puppets.

"I love the operas of Philip Glass, Meredith Monk, and Laurie Anderson, abstract operas that can be nonlinear and don't necessarily have a plot that one follows point A to point B," Smooke says by phone while travelling from Baltimore to New York for the Thursday's sold-out premier of his opera "Criminal Element" in Brooklyn. The piece was commissioned by, and is being produced by, Rhymes With Opera, the experimental opera company that was founded by Peabody graduates. The production makes it Baltimore debut Saturday at Area 405.

"We're hardwired to respond to anything that looks somewhat human and we want to find the emotional content of it, so I immediately thought puppetry," Smooke says. "Anytime there's two dots and a line, we see that as a human face. And we actually see the nonhuman and find the emotion in it more. So for me, I wanted the puppetry to get that absolute tie to the emotional side."

Smooke sees the story of Société Générale's 2008 rogue trading scandal as an operatic tragedy in which Kerviel is the working-class interloper in the upper-class financial sector. He wasn't the product of an elite education—his mother was a hairdresser, his father a metal-shop teacher in a vocational school—and news reports from the time revealed that he didn't own the usual trappings of arriviste wealth. He lived in a Spartan one-bedroom apartment, and people who knew him described him unremarkably. In fact, he was seen as such a commoner that, as James Stewart noted in the New Yorker, a number of French citizens regarded Kerviel as a "the victim of a profit-obsessed bank, which largely existed to extract revenue from the struggling working and middle classes while enriching its top officers and shareholders."

"A lot of people were saying that what Kerviel did was what sparked the recession that we're still digging our way out of, so the thought that this one guy making mistakes and working on his own could have such international repercussions just blew my mind," Smooke says. "And then as I began researching [the story] I saw that Kerviel and Nicholas Leeson, who brought down [London's] Barings Bank [in 1995], have a lot of parallels. They both come from working-class families that traditionally weren't allowed onto the trading floors and into the sort of jobs that they were doing."

Rhymes With Opera premiered the music of "Criminal Element" with four concerts in 2011. Smooke wrote the piece for a small ensemble, three vocalists (two sopranos and a baritone) and a string quartet. It's a piece of hauntingly subdued moments, and the lyrics, practically nonsense vocalizations that Smooke notated in the score in the International Phonetic Alphabet, are strangely and beautifully appropriate. The sums of money involved in financial scandals are so preposterously huge that when economists start talking about losses in the billions of dollar, they might as well be saying "to-pɐ-pɐ to-pɐ-pɐ to-pɐ-pɐ to-pɐ-pɐ to-pɐ-pɐ," as notated in an excerpt of the score posted at Smooke's web site.

When Ryhmes With Opera decided to stage the production, it put Smooke in contact with Baltimore puppeteer and performance artist Valeska Populoh; they co-direct this production. While listening to a recording of the music, she sketched an "image of these giant heads rising up out of a large white garment, with the singers to some extent being embedded in there and a video projection onto that white garment," she says by phone. "David said he was really thinking about the oppressive office environment [of the financial world], and I think that's one of the reasons why the physical structure that the puppets come out of is physically constraining. There's not a lot of space between the heads when they come out of the structure, which was partly to create the feeling of the enclosed cubicle environment where people are right next to each other."

Populoh designed the oversized puppet heads and found three recent UMBC graduates to operate them. "I've been really impressed by how much emotion they've been able to give to each puppet," she says. "They're not highly articulated puppets—I think of them as sculptures on a stick. They're kind of these giant boxes on long operating rods, but seeing how expressive these heads have become has been very amazing."

Baltimore video artist Meg Rorison created the video pieces that will be projected onto the white stage and ensemble, and the piece will be performed by the SONAR new music ensemble, founded by Peabody alumnus Colin Sorgi, and vocalists Elisabeth Halliday, Bonnie Lander, and Robert Maril. All three vocalists are Peabody alums who cofounded Rhymes With Opera in 2007 with then-fellow Peabody graduate students Ruby Fulton and George Lam. Today Lam is based in New York and Fulton teaches music theory at Peabody, and through the Rhymes With Opera website they often receive inquiries from contemporary composers who'd like to write for the ensemble. More than the nonprofit company could ever produce, to be quite frank. A few years ago, however, Fulton composed a 30-second piece for Ensemble Klang, an amplified chamber ensemble in the Netherlands. The group solicited a bunch of short pieces from composers who wanted to write for it and put the compositions together on a single CD.

"We finally had the idea of getting all these people involved [with the company] by writing these really short pieces," Fulton says, referring to the signature works that share this weekend's program with "Criminal Element." Rhymes With Opera reached out to Peabody faculty Judah Adashi, Jenny Beck, Sidney Boquiren, Joshua Bornfield, Nomi Epstein, Alexandra Gardner, Tim Hansen, Andrew Histand, Mark Lackey, Anna Meadors, Rachel Peters, and Ashley Wang and asked them if they wanted to write short pieces, under a minute long, for the company.

"Everybody said yes and they wrote these cool little micro pieces," Fulton says. "They're all a cappella, except for one. George [Lam] and I just know a million composers from all the places we've gone to school and all the festivals we've been in, and we've had so many of them approach us wanting to work with us. That's how we ended up getting this piece from David Smooke."

Smooke arrived at Peabody for graduate school the same year Rhymes With Opera debuted, and he says he appreciated the company's "mission statement of doing opera in unusual spaces and opening up the idea of opera to communities outside of the traditional operatic community," he says. "Just the nature of living in a city like Baltimore got me thinking a lot more about crime and how some people are affected by it in different ways than other people."

So in 2010 he contacted the company with an idea he had about white-collar crime and Kerviel, which for Smooke explores contemporary economic turmoil in terms a conventional narrative might not be able to realize. "Today, with how much income disparity there is in the United States, I think every year it becomes more and more difficult to move from a lower class into an upper class in the U.S." Smooke says. "We're becoming more of a class-based society in ways we really haven't come to terms with." 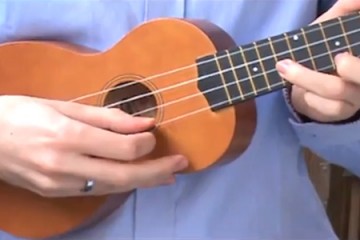 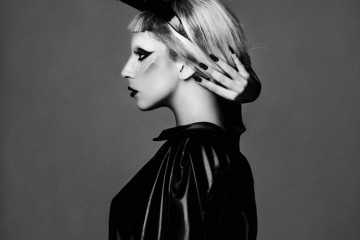 Put another dime in the jukebox, class