Put another dime in the jukebox, class

Adele owned 2011—at least, according to Billboard magazine. The fair-skinned British soul singer sold the most albums, more than 16 million copies globally of her sophomore release, 21. Its single "Rolling in the Deep" received the most radio airplay and was the best-selling single of the year. The album earned six Grammy nominations, and "Rolling in the Deep" seeped into the sound- tracks of many television shows and an advertising spot for the iPhone 4S. 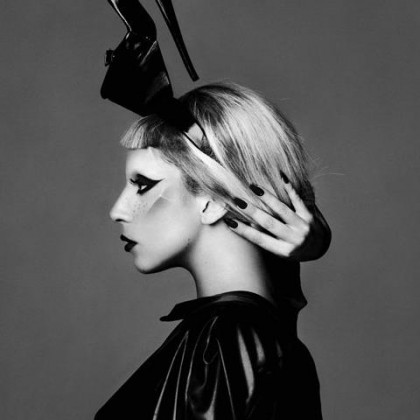 And if you don't listen to pop music you may think, So what? Popular music may seem an unlikely subject for Johns Hopkins University. Surely ephemeral pop isn't nearly as important as Jane Austen, Johann Sebastian Bach, Fr&eacute;d&eacute;ric Chopin, Jacques Derrida, Edward Elgar, et al. Pop is easily digestible middlebrow at best by its very name—it wouldn't be popular if it didn't appeal to the broadest possible audience.

But the idea that popularity could be considered a value is one of the many cultural stories explored in Introduction to Popular Music, a musicology course taught through the Peabody at Homewood offerings. As led by David Smooke, Peab '95 (MM), pop history—or, as Smooke clarifies, rock history, from the early 1950s to the present—isn't merely a matter of who sang what when. Rock is a complex art form, one rooted in traditional forms and expanded by creative exploration, yet it is also subject to the commercial demands of corporate oversight. The story of rock provides a peek into how art emerging from underground, marginalized communities spreads out to become the most instantly recognizable sound of an era.

Smooke, chair of the Peabody Institute's Department of Music Theory, brings a combination of fan enthusiasm and academic rigor to the subject. He grew up in the Los Angeles area and came to classical music through the sonic experimentation of 1980s goth and post-punk. For him, understanding rock is part of developing a cultural literacy in this moment when a great deal of 20th-century music is available in instantly downloadable digital formats. Forty years may separate the Mar-Keys from Maroon 5, but they'll appear side by side in an alphabetized iPod playlist.

"Students today are growing up in a very ahistorical society," Smooke says. "There's this sense to them that everything that didn't happen while they were alive just happened a long time ago. So you have this era where it's the 20th into the 21st century that all exists as some sort of miasmic 'now,' and then you have everything before that that exists as some miasmic 'other.'"

The class encourages students to listen with the same brain they use when reading books or watching films: to recognize that popular music is a creative product of its time and place, with its own vocabularies, styles, and trends. Early on in the class, Smooke plays students current pop songs—the fall 2011 class included Lady Gaga's "Born This Way"—and analyzes the sounds used to illustrate its musical and cultural history. The Lady Gaga song is an obvious homage to Madonna's 1989 single "Express Yourself"—which itself borrowed its lyrical theme from Otis Redding's 1965 "Respect" and its electronic rhythm from underground dance clubs.

Smooke rightly begins the class by positioning it in that legacy of appropriation of African-American musical forms that stretches back to 1850s minstrelsy, pointing out that "I don't think [students] can really understand Pat Boone unless they know about Dan Emmett." It also provides a knowledge base that prepares students for one of the best things about being a pop music fan: endlessly arguing about it. In 1977 Lester Bangs penned an Elvis Presley obituary for the Village Voice, which Smooke's class read. In it Bangs makes the observation that "we will never again agree on anything as we agreed on Elvis," the sort of sincerity expected from a generation that came of age when the King reigned. Of course, there are those of us today who will proudly go to the mat pointing out how 50,000,000 Elvis fans can be wrong.

Pop music marks the lives we lead. Why wouldn't we take it seriously? "I really think the most important aspectof being a student is to be curious, and to me classes are ways to give students paths to assuage their curiosities," Smooke says. "So what I hope is that by introducing them to this repertoire and by talking a little bit about how it impacts and how it was impacted by all these things, that it will lead them down the path of exploring all different types of music in life."