Reason for erratic 'Game of Thrones' seasons? JHU students have a theory

In the fictional world of HBO's Game of Thrones, summer can last for a decade, winter for a generation. Winter is coming ... but when, exactly? What accounts for the unpredictability of the seasons? 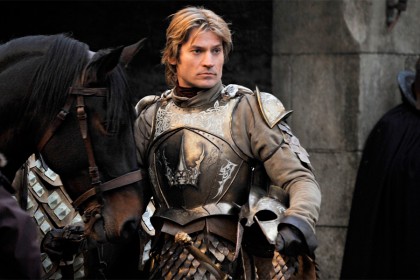 A group of graduate students at Johns Hopkins University have a possible explanation—the story takes place on a circumbinary planet, a world that orbits two stars.

The hypothesis, which was posted on Cornell's open archive arXiv.org in April and garnered a short writeup on Science magazine's website, was authored by five graduate students in the Johns Hopkins Department of Physics and Astronomy.

"Many a maester have tried to play the Game of Weather Patterns and foretell when to plant those last turnip seeds, hoping for a few more years of balmy respite," they write. "Tried and failed. For other than the somewhat vague (if not outright meaningless) omens of 'Winter is Coming,' their meteorological efforts have been worse than useless. To right that appalling wrong, here we attempt to explain the apparently erratic seasonal changes in the world of [George R. R. Martin, the author upon whose works the series is based]. A natural explanation for such phenomena is the unique behavior of a circumbinary planet. Thus, by speculating that the planet under scrutiny is orbiting a pair of stars, we utilize the power of numerical three-body dynamics to predict that, unfortunately, it is not possible to predict either the length, or the severity of any coming winter."

In short, the existence of two stars leads to erratic, unpredictable seasons of varying lengths. In an effort to shed some light on this, they "use a numerical three-body integrator in hierarchical Jacobian coordinates to calculate the position and velocity of the [circumbinary planet] at each point along its orbit." Naturally. But "chaotic behavior" reigns, the authors determine.

"With heavy hearts," they write, "we conclude that our attempts to provide the good folks of Westeros with a reliable weather forecast are inconclusive."

Not everyone is convinced the two-star hypothesis holds up. From Science:

Other earth scientists are skeptical. The pattern of winters and summers plotted in the paper "doesn't quite seem chaotic enough" to cause the turmoil observed in Westeros, says Stephen Kane, an astronomer at the California Institute of Technology in Pasadena who has studied the habitable zones of exoplanets in such circumbinary orbits. He suggests injecting a bit more chaos by introducing a third star to the system or reimagining the planet as an exomoon orbiting a gas giant. Still, this paper "is on the right path to providing a purely physical explanation" of the Westerosi seasons, he says. "Of course, if there's magic involved, all bets are off."