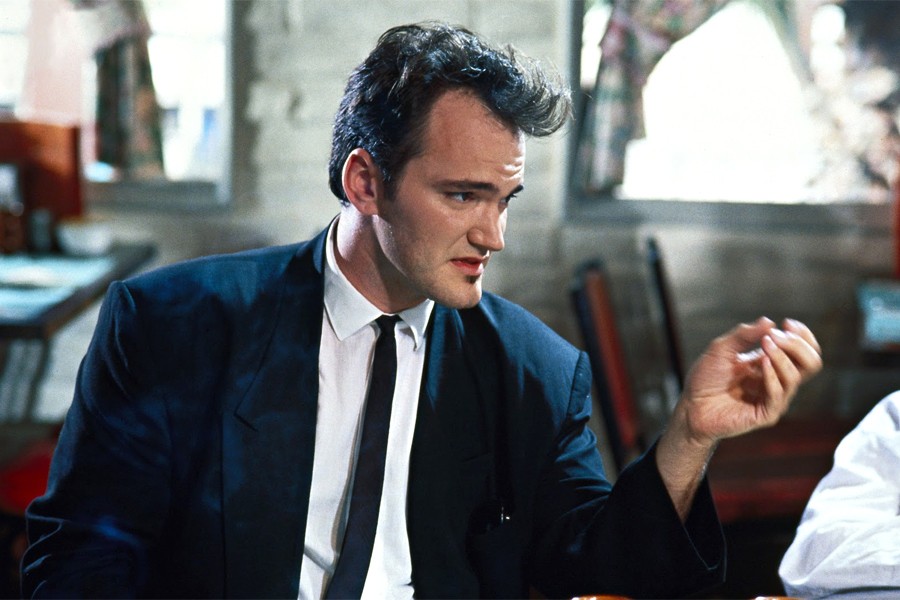 Filmmaker Quentin Tarantino won his second Academy Award for best original screenplay in February for Django Unchained, his spaghetti Western-inspired slave revenge saga starring Jamie Foxx. The movie raked in a little more than $422 million at the box office, a mess of accolades during awards season, and even more criticism—for its historical inaccuracies, depictions of violence, and its racial politics—or its misguided of racial politics. Few movies in recent history sparked such a heated discussion of race in America, and a few critical responses to the movie produced some of the more poignant and incisive writing about race in mainstream media, particularly Ishmael Reed in the Wall Street Journal and [Roxane Gay](http://www. roxanegay.com/) at Buzzfeed. 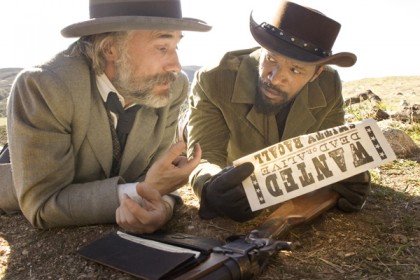 The JHMI Office of Cultural Affairs' summer film series features the movies of Tarantino, and it opens June 5 with Django at the Mountcastle Auditorium on the university's East Baltimore campus at 7:15 p.m. Linda DeLibero, the Director of the Film and Media Studies program at Johns Hopkins University, serves as host for three of the films—Django (June 5), Reservoir Dogs (June 12), and Pulp Fiction (June 19). (Bret McCabe serves as host to Inglorious Basterds on June 24.)

We caught up with DeLibero to talk a bit about what makes Django, and Tarantino, such a klieg light to controversy.

It's difficult to think that there might be somebody who hasn't seen a Tarantino movie, but I like to imagine that a film series organized around a director is a great way for somebody who has never seen any of these movies to be introduced to them. And opening a Tarantino series with Django Unchained is like saying, "I'm going to tell you about the Bible—let's start with the Book of Revelations." So how are you thinking about introducing this movie?

I guess you have to start with the obvious, all the controversy over it. I absolutely love the film. I've seen it three times and every time I find new things in it to discuss. And I'm looking forward to seeing it again, and I used to be one of the Tarantino haters from way, way back.

I think a lot of people have this very knee-jerk impression [of him], which he cultivates. He cultivates this persona of being a motor-mouth, jerky film nerd, obnoxious and egotistical. So people who are turned off by that brashness make the mistake of thinking that these films should not be taken seriously or that he isn't a great filmmaker, which I think he is. But once I started to take him seriously I began to see just how rich these films are. I think Inglorious Basterds and Django are two of his best films, and the dialectic between the two of them is really, really interesting.

This guy, he loves films—even if you hate his work you can't deny that he is just an amazing filmmaker, a great screenwriter, and he's so provocative. He reminds us of what makes films matter, why films play such an important role in our culture and our fantasy life. He gets people talking and I think it's thrilling in a period when people are constantly saying that film is dead, that nobody goes to the movies, that it's for 15-year-old boys, every movie he brings out just gets people stirred up. It's great to see that movies still have that kind of power to generate that kind of excitement.

Was there a film of his that made you start taking him more seriously or was it re-seeing something that make you think there was more there that wasn't caught the first time through?

When I first saw Pulp Fiction I was prepared to hate it—the hype, that always makes me nervous. And I took the stance that I see some [film academics] still taking, that [Tarantino] exploits violence, that he's just a huckster selling exploitation films and dressing them up as high art. And, again, I think he does cultivate that kind of attitude but I liken him to [Alfred] Hitchcock in that way, who also created a very carefully constructed persona to sell his films. For Tarantino, I think it's really important for him that his films be really popular. And in order to do that he has become a superstar of directors. I'm sure he enjoys it but it also serves the purpose of selling his films. And like Hitchcock, he's not taken seriously.

A lot of people still don't take Hitchcock seriously, taking him as an exploitation director who made suspense films. Gory movies. And, obviously, he loved to mislead people about what he was up to in his filmmaking and in some ways Tarantino is like that. He can lure people of all walks of life into his movies, and whether you're a serious student of film or you're just a kid who wants to get a few thrills on a Saturday night, you're going to go see his movies. And I think there's something about that that's very wonderful too because very few films today can cross those kinds of class, gender, age boundaries and become both popular and critical successes.

And that motor-mouth, obnoxious persona fits into how a lot of his movies are received when they're talked about as these celebrations of violence. But in both Inglorious Basterds and Django Unchained, these are two very, very talky violent movies—words matter a great deal to him.

And in both movies, especially Django, it's so clear that he's rubbing our faces in [the depictions of violence]. The distinguishing line that we laugh at and the violence that makes us uncomfortable, it's so clear here what he's doing with that. I don't think people can see the movie without squirming at one point or other. The more people attacked it, it just seemed that people who attacked it were revealing their own prejudices and shortcomings.

I like that you mentioned this idea of rubbing it our faces in it, because for me one of the things interesting about Inglorious Basterds and Django is that they're the first times he's turned to conventional villains in some respect. He typically writes about people somehow involved in criminal activities, where everybody is on the margins of society already. But Nazis and slave owners, these have become clich&eacute;s that we use to signify evil. And he made them charismatic in a way that makes it uncomfortable to find yourself thinking that they're charismatic, which to me is an interesting decision because then the violence that comes takes on a different tenor and we experience them in a different way. However spectacularly they might be staged the violence is problematic.

Oh yes, very problematic. In Django you're laughing when all these rednecks are getting blown away by Django and, of course, when the tables are turned and it's him who is being tortured or during the Mandingo scene, this is clearly a different level of violence. And you kind of wonder at yourself that you're able to switch gears so quickly, and he knows exactly what he's doing. In a strange way, the films are meditations on violence, somewhat action-packed meditations. But they certainly provoke us to think about what it is we do when we go to the movies and enjoy violence.

I think some people would say, "That [argument] is just a clever way of excusing all this gore," but the gore is so excessive that you begin to ponder what's our level of acceptability [of it] and what is it about this excess that gives us pleasure. And that goes to the very heart of what watching a movie is all about.

And, you know, there are numerous horror movies made in the last 10 years whose violence and gore are much more excessive that don't make me feel uncomfortable at all.

Exactly, and it's interesting that people rate violence or judge it according to some pretty slippery standards. He's aware of that. 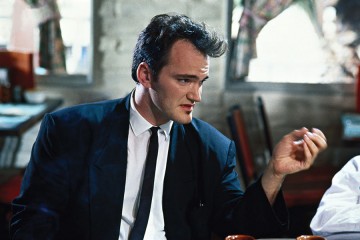 This month at Hopkins

Published June 2013
Staff appreciation, a horse show for a good cause, and the films of Quentin Tarantino / Gazette