A team of students at Johns Hopkins University has designed a stethoscope that delivers accurate heart and body sounds to medics who are trying to assess astronauts' health on long missions in noisy spacecraft. 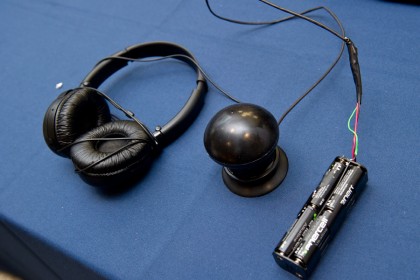 Space is serene, because no air means no sound. But inside the average spacecraft, with its whirring fans, humming computers, and buzzing instruments, the noise level is equivalent to that of a raucous party with dozens of laughing, talking guests.

"Imagine trying to get a clear stethoscope signal in an environment like that, where the ambient noise contaminates the faint heart signal. That is the problem we set out to solve," said Elyse Edwards, a JHU senior who teamed up on the project with fellow seniors Noah Dennis and Shin Shin Cheng.

The students worked under the guidance of James West, a Johns Hopkins research professor in electrical and computer engineering and co-inventor of the electret microphone used in telephones and in almost 90 percent of the more than two billion microphones produced today. Together, they developed a stethoscope that uses both electronic and mechanical strategies to help the device's internal microphone pick up sounds that are clear and discernible—even in the noisy spacecraft, and even when the device is not placed perfectly correctly on the astronaut's body.

"Considering that during long space missions, there is a pretty good chance an actual doctor won't be on board, we thought it was important that the stethoscope did its job well, even when an amateur was the one using it," Dennis said.

The project was developed during a two-semester mechanical engineering senior design course offered by the university's Whiting School of Engineering. Teams of three or four undergraduates are each given a small budget to design and build a prototype requested by a sponsoring business or organization. This year's results were unveiled recently at the recent Design Day showcase.

Though developed for NASA's use in outer space, this improved stethoscope could also be put to use on Earth in combat situations, where ambient noise is abundant, and in developing countries, where medical care conditions are a bit more primitive.

West also plans to use the device to record infants' heart and lung sounds in developing countries as part of a project that will attempt to develop a stethoscope that knows how to identify the typical wheezing and crackling breath sounds associated with common diseases. This would allow on-site medics to help make preliminary automated diagnoses. 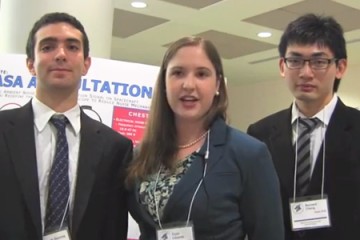 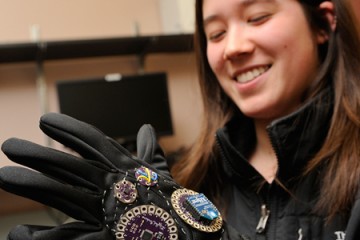