"If we love music, if we really love music as we say we do then we will do anything we have to [in order] to share it and to connect it to the fiber of every human being," Murry Sidlin said during the interview that led up to the Winter 2012 Johns Hopkins Magazine article, "May it Go to the Heart." He's talking about how classical music is taught, learned, discussed, and presented. He fears that the way it's been done doesn't convey and capture music's profound potential. 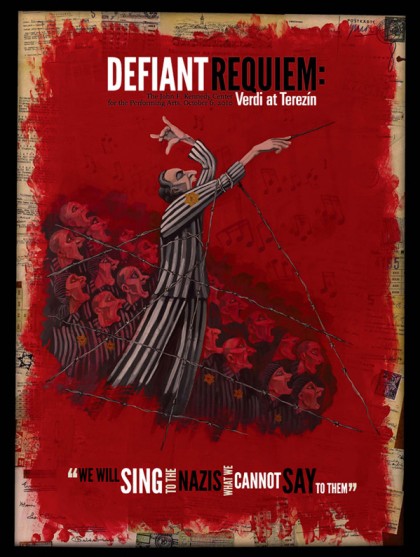 Image caption: Poster from the October 2010 performance at the John F. Kennedy Center for the Performing Arts.

"All we have to do is say, 'Have you thought of this and have you thought of it this way?'" he continued. "We can bring such permanent affect to audiences, to people who need the inspiration, and who need to be inspired but at the same time can be served so healthily through the musical arts. We the musicians can be the healers. I believe that."

Since learning about Czech composer and conductor Rafael Sch&auml;chter, who during his three years at the Terez&iacute;n concentration camp organized a volunteer choir of prisoners and taught them to perform Giuseppe Verdi's choral Requiem by rote, Sidlin has dedicated his life to connect this musical story to the fiber of every human being. In 2002 Sidlin, a Peabody alumnus, created the concert drama Defiant Requiem, which integrates the Sch&auml;chter story into a performance of the Verdi piece, and ever since, through his Defiant Requiem Foundation, he's been performing the piece around the country and world, from Washington, D.C.'s John F. Kennedy Center for the Performing Arts to Budapest, Hungary; Jerusalem, Israel; and in 2009, at Terez&iacute;n itself, a trip documented in the 2012 film Defiant Requiem, which debuted on PBS April 7 (watch the documentary here.

This week, Sidlin returns to Peabody to present Defiant Requeim at the Miriam A. Friedberg Concert Hall on April 23 and 24, and it makes its New York City debut April 29 at the Lincoln Center's Avery Fisher Hall. 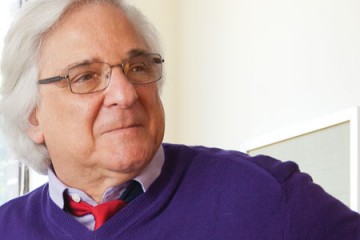 May it go to the heart