Spanish-language films screened each Thursday through May 2

The Johns Hopkins Film Festival kicks off Friday, the same day as Spring Fair, another film festival is quietly bringing an excellent roster of movies to Homewood throughout April. Co-sponsored by the Department of German and Romance Languages and Literatures and the Program of Latin American Studies and co-organized by post-doctoral fellow Monica L&oacute;pez-Gonz&aacute;lez and graduate student Michael Strayer, this contemporary Latin American film series brings six Spanish-language films that not only haven't previously screened in Baltimore but have had limited U.S. theatrical runs, if any at all. 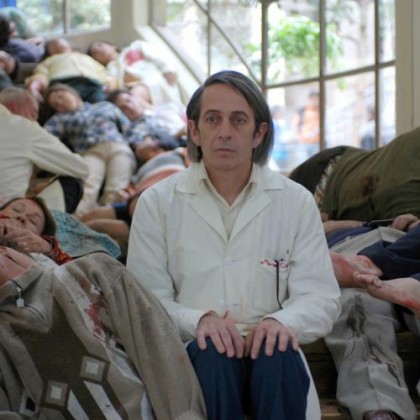 The series debuted in late March with Argentinian writer/director Luc&iacute;a Puenzo's The Fish Child, and the series really hits its stride this week with a screening of Chilean director Pablo Larra&iacute;n's comically chilling 2010 thriller Post Mortem (see the trailer here) on Thursday. It follows the unfortunate professional life of Mario, an assistant at a Santiago morgue that gets enlisted to use its office to serve the political ends of the military coup that overthrows Salvador Allende in 1973, a task to which Mario detachedly endures more than acclimates. Mario is played by Alfredo Castro, a Chilean actor who has Steve Buscemi's wiry frame and a silent movie actor's impenetrable gaze. He starred in director Larra&iacute;n's riveting 2008 sophomore outing, Tony Manero, about a middle-aged man who idolizes John Travolta's Saturday Night Fever character and who becomes an odd symbol of freedom in late 1970s Chile under August Pinochet's dictatorship. Larr&iacute;an's No, a 2013 Best Foreign Language Film nominee currently in theaters about the ad campaign that helped lead to the 1988 referendum vote to hold presidential and parliamentary elections, continues the director's fascinating exploration of Chile's nearly two decades of military rule in movies that present tragedy and mordant humor as two sides of the same coin.

As with the Tourn&eacute;es Festival at Johns Hopkins, theses films are made available to college campuses through the Spanish Film Club grant program organized by film distributor Pragda. The series continues every Thursday through May 2 with the Bolivian drama Zona Sur (trailer) on April 18 ; La Yuma (trailer), which Pragda says is the first feature-length movie made in Nicaragua in 20 years, April 25; and Guatemalan director Julio Hern&aacute;ndez Cord&oacute;n's Marimbas From Hell, a comedy about three Guatemala City musicians who try to fuse their sounds together, folding a marimba player who performs traditional music into a heavy metal group.

All screenings take place at 7 p.m. in Gilman 50 and are free and open to the public. 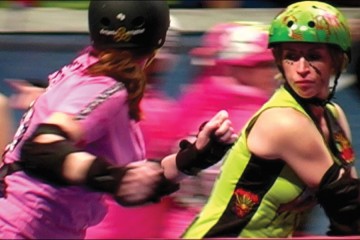