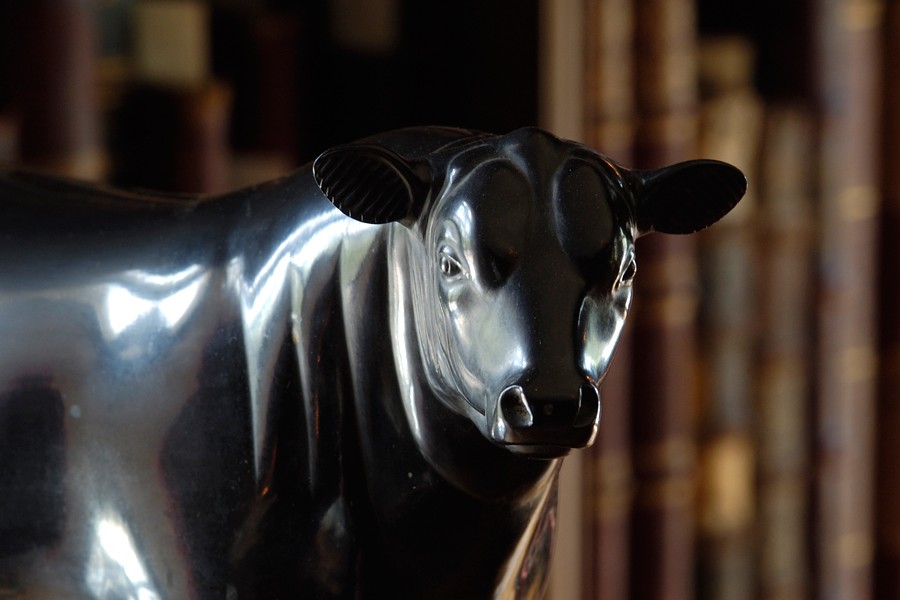 When Gabrielle Buzgo first entered the Evergreen Museum & Library she wondered why the front door was sealed shut. As a member of the inaugural graduate student class of the Maryland Institute College of Art's Curatorial Practice program, she and her classmates were touring Baltimore institutions, museums, and galleries looking for a potential partner for their thesis exhibitions. They had come to Evergreen from the George Peabody Library, a historic building with a breathtakingly grand entrance. Here, the grand entrance was closed off. As Evergreen director and curator James Archer Abbott led her group through the home, they came across the then-state-of-the-art elevator the Garrett's had installed. Buzgo was perplexed and had to ask: Why the elevator? 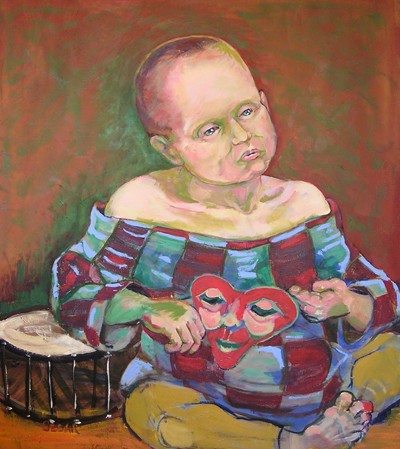 Abbott explained that when John Work Garrett—the American diplomat and, along with his wife Alice Warder Garrett, art collector who donated their home and collection to The Johns Hopkins University—was a child he was involved in an accident that inhibited the development of one of his legs. "This awareness of a family of making things more accessible to one member's needs that actually really benefits everyone else, now we understand [that] as more of a universal design thought process, but then it wasn't," Buzgo says during an interview at the Evergreen House. "And that clicked with me because my younger brother has a [cognitive] disability."

Buzgo partnered with Abbott and the Evergreen to curate Perception & Ability, an exhibition that pairs items from the Evergreen's permanent collection with works by contemporary artists: photographer Diane Cullinan, sculptor Breon Gilleran, photographer Matthew Saindon, and painter Scott Sedar, who was a 2011 Evergreen House Guest artist-in-residence. These artists responded to a call Buzgo put out seeking work that addresses the way labels, such as "disabled" or "handicapped," affect the perceptions of person's abilities. The exhibit is designed to create a conversation about how labeling does and doesn't define a person.

Gilleran, for instance, uses her work experience as a nurse to inform some of her cast metal and mixed-media works, which Buzgo likens to orthopedic prosthetics of earlier eras. "There were some pieces in the [Evergreen's] collection that speak really strongly to [John Work Garrett's] life, specifically he had specially designed chairs that he would sit in that helped him hide his leg," Buzgo says. "It's very low-sitting, it's very deep, and he was able to tuck his leg underneath him. It's a chair that hasn't been recently reupholstered, so the Evergreen is [allowing] people to sit in it, so it gives you this actual experience of how he would change himself when he had people over."

It's one way in which Garrett addressed his physical condition but didn't let it define his life, Buzgo says.

"Not only had he gone through this time period when disability wasn't something you talked about, let alone engaged with, but he went beyond that and continued on his expected career as he would have had he not been in an accident," Buzgo says. "He had these really great enriching cultural experiences for a person who, at that time, really should have been seen as a recluse and shut off. He went to Princeton with his brothers and as family members had done before him. He became an ambassador and traveled the world and collected art and had this really eccentric wife who did the same thing and hosted salons and dignitaries."

One of the artists Ambassador Garrett and his wife collected was Herbert Haseltine, a French-American sculptor best known for his animal sculptures. In 1917 Ambassador Garrett was a special agent for the State Department in charge of German and Austro-Hungarian civilian prisoners of war and charged with investigating the living conditions of POWs on both sides of the conflict. Haseltine assisted him. That started a friendship and correspondence that continued into the 1950s, with the Garretts commissioning a number of Haseltine pieces from their home in Baltimore. Herbert Haseltine: Sculptor of the Modern Age looks at that friendship with pieces from the Evergreen's permanent collection and other collections, including the Baltimore Museum of Art and the Virginia Museum of Fine Arts. The exhibition was guest curated by Chloe Pelletier, a class of 2013 Krieger School of Arts & Sciences student majoring in the History of Art.

In fact, it was this friendship that provided Pelletier an entryway into Haseltine's work. Pelletier's interest lies in Italian Renaissance paintings, not early 20th-entury animal sculpture. But in the letters between the Garretts and Haseltine, and Haseltine's unpublished memoir held at the Virginia Musuem of Fine Arts, she saw how Haseltine looked at the animals he sculpted. "The personal letters are really rich and charming and hilarious at times," Pelletier says. "And I think those letters are the really big turning point for me in seeing that I wanted to look further into the sculptures. From his letters and his memoir he talks about all these sculptures that the Evergreen owns, the stories behind them, and the stories behind specific animals that they depict."

One is the pig in "Middle White Sow," which Alice Garrett bought from Haseltine in 1928; in the 1920s Haseltine was sculpting champion animals. "That was his British Champion Animals series," Pelletier says. "And he went to go sculpt [Middle White Sow's] father, actually, and he saw her and she was pregnant. And he thought it was so beautiful, this big, fat, pregnant prize-winning pig, that he decided to sculpt her as well, and he stuck around a few extra days to do that. He was worried that she was going to give birth while he was sculpting her, so he had casts made of her feet, so that [if needed] he could go to the butcher shop and say, 'Find me some like this,' and then he could finish the sculpture."

Pelletier understood that Haseltine approached his animals as a painter would a human subject for portrait. "So it was a really personal, intense art project for him," she says. "Each animal was like that. It wasn't about getting it done or getting some idealized form. He really wanted to look closely and capture something about each animal. And you really see it when you start looking back at the sculptures with that in mind. She is definitely pregnant. That's something that I didn't notice before."

Both Perception & Ability and Herbert Haseltine: Sculptor of the Modern Age open March 12 with receptions from 6-8 p.m. at the Evergreen House and Museum.