Adam Sheingate, an associate professor of political science at Johns Hopkins, studies the politics of food. He teaches a course that surveys a variety of policy issues associated with food and agriculture, such as concerns over food safety, the politics of agricultural subsidies, conflicts over genetically-modified foods, and debates over the health effects of obesity. 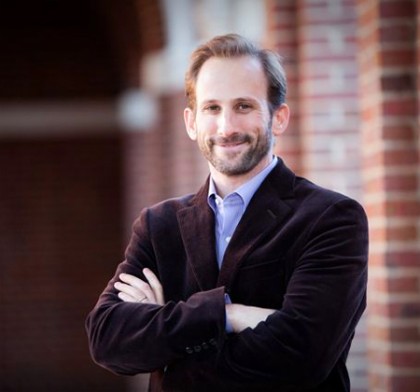 Sheingate says there is cause for concern about the growing scandal in Europe involving the discovery of horse meat in food items thought to contain beef.

Why is the discovery of horse meat in the human food supply so distressing?

This is a story because we have a taboo against eating horsemeat in the United States. More fundamentally, this is about the lack of knowledge we have about our food. Many of us, frankly, don't want to know what we eat. However, when the veil is lifted on industrial food production practices, we are a bit disgusted and even worried. In this respect, the horse meat scandal is similar to other food-related scandals we've witnessed in recent years. Together, these incidents tend to diminish the trust we have in the food industry and the government regulators responsible for overseeing them.

Can you remind us of some of the other food incidents in the recent past?

Two examples come to mind. The first was the revelation that a meatpacker was using downer cattle (cows unable to walk) and allowed the meat to enter the food supply. This was in violation of safety rules but did not pose an immediate harm. The revelation led to the largest meat recall in U.S. history in 2008, 143 million pounds. The other was the revelation that a type of genetically-modified corn had entered the food supply that was not approved for human consumption. Although some people claimed to have an allergic reaction, in general it posed a low risk to human health. However, both cases revealed the gaps in our food system. Of course, there have been multiple outbreaks of food-borne illness each year that have required massive recalls and in many cases have lead to widespread sickness and in some cases death.

Is horse meat safe to eat?

As far as I know, there is no health risk to eating this meat. There are no reports of illness associated with the products either.

This scandal is taking place in Europe, but is it possible we could see something like this happen within the U.S.?

In the U.S., a ban on the consumption of horse meat expired in 2011, although no producers currently have permits to slaughter horses for meat. The only way to know for sure, however, is through DNA testing which is not done regularly as part of food safety inspections. The only risk likely comes from imported products. To my knowledge, none of the products have found their way to the U.S.