Top gun policy experts from around the world convene at Johns Hopkins to recommend federal actions to curb gun violence in the U.S.

One month to the day after the Sandy Hook Elementary School massacre, global experts on gun policy gathered at the Johns Hopkins Bloomberg School of Public Health to present the latest data on gun violence in the U.S. and develop consensus recommendations to help inform policy.

Following Bloomberg's opening remarks, more than a dozen global experts in gun violence presented methodologically rigorous studies revealing provocative data and discoveries from research involving everything from suicide and domestic partner violence to the effectiveness of current gun possession prohibitions with regard to age. 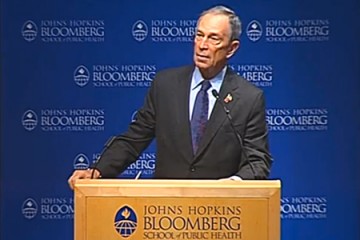 Opening remarks from the summit