Johns Hopkins researchers have uncovered a protein "partner" commonly used by breast cancer cells to unlock genes needed for spreading the disease around the body. 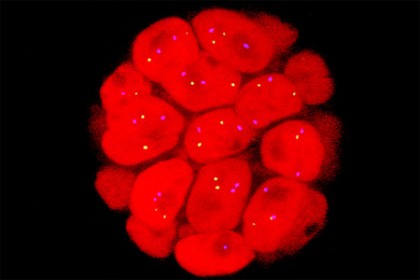 Image caption: Discovery of the JMJD2C protein, which helps would-be tumor cells as they make the transition from working with the body to working against it, could help scientists combat the spread of breast cancer and other cancers.

A report on the discovery, published Nov. 5 on the website of the Proceedings of the National Academy of Sciences, details how some tumors get the tools they need to metastasize.

"We've identified a protein that wasn't known before to be involved in breast cancer progression," says Gregg Semenza, professor at the School of Medicine and director of the Vascular Program at the university's Institute for Cell Engineering. "The protein JMJD2C is the key that opens up a whole suite of genes needed for tumors to grow and metastasize, so it represents a potential target for cancer drug development."

Semenza and his colleagues made their finding when they traced the activity of HIF-1, a protein known to switch on hundreds of genes involved in development, red blood cell production, and metabolism in normal cells. Previous studies had shown that HIF-1 could also be hijacked to switch on genes needed to make breast tumors more malignant.

Would-be tumor cells face a host of challenges as they make the transition from working with their host to working against it, such as the need to evade the immune system and to produce more cancer cells, explains Weibo Luo, an instructor in the Institute for Cell Engineering and Department of Biological Chemistry who led the project. All of these efforts require switching on the right genes for the job.

To learn more about how HIF-1 works, the researchers tested a range of human proteins to see whether they would interact with HIF-1. They then sifted through the 200 resulting hits, looking for proteins involved in chemical changes to sections of DNA that determine whether or not the genes they contain are available for use. "In order for HIF-1 to switch genes on, they have to be available, but many of the genes HIF-1 activates are normally locked down in mature cells," explains Luo. "So we thought HIF-1 must have a partner that can do the unlocking."

That partner turned out to be JMJD2C, Luo says. Delving deeper, the researchers found that HIF-1 switches on the JMJD2C gene, stimulating production of the protein. HIF-1's presence also enables JMJD2C to bind to DNA at other HIF-1 target genes, and then loosen those DNA sections, enabling more HIF-1 to bind to the same sites and activate the target genes.

To test the implications of their discovery, the research team injected mice with breast cancer cells in which the JMJD2C protein was not produced. Tumors with depleted JMJD2C were much less likely to grow and metastasize to the lungs, confirming the protein's role in breast cancer progression, says Luo.

"Active HIF proteins have been found in many types of tumors, so the implications of this finding go beyond breast cancer," says Luo. "JMJD2C is both an important piece of the puzzle of how tumors metastasize, and a potential target for anti-cancer therapy."

Other authors of the research report are Ryan Chang, Jun Zhong, Ph.D., and Akhilesh Pandey, M.D., Ph.D., all of the Johns Hopkins University School of Medicine. 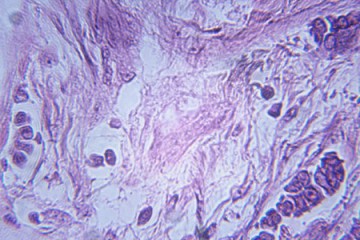