Women with NF1 would benefit from early screening, researchers say

Women with a rare genetic condition known as neurofibromatosis-1 (NF1) are at increased risk for breast cancer, according to researchers at the Johns Hopkins School of Medicine.

A small study of 126 women showed more than a four-fold increased risk for breast cancer in women with NF1 compared to the general population of women under 50, adding to growing evidence these women may benefit from early breast cancer screening. NF1 is characterized by the uncontrolled growth of mostly non-cancerous tumors along the body's nerves, often resulting in pain and disfigurement.

"When we study rare populations intensively, we learn things that also may be factors in very common diseases, like breast cancer," said Jaishri Blakeley, an assistant professor of neurology, neurosurgery, and oncology at the School of Medicine, and leader of the new study described online in the American Journal of Medical Genetics. "What we learn from this population will help us learn more about the subtleties of different types of breast cancers."

The major implication of their study, Blakeley says, is the need for medical specialty societies to develop guidelines recognizing NF1 patients under the age of 50 as a group at increased risk for breast cancer. Guidelines developed by medical societies would change clinical practice and encourage insurance companies to pay for potentially lifesaving screening in younger women with the debilitating disease, researchers said. 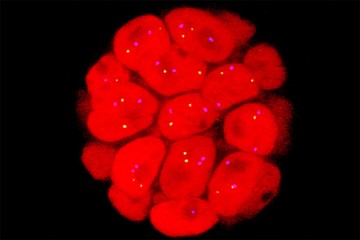