He will replace Eicher, who announced his departure earlier this week

Schroeder, who has been at Johns Hopkins since 1996, will make the transition to his new role next month.

Eicher announced his departure from the university earlier this week. He will become senior vice president for advancement at The Ohio State University. 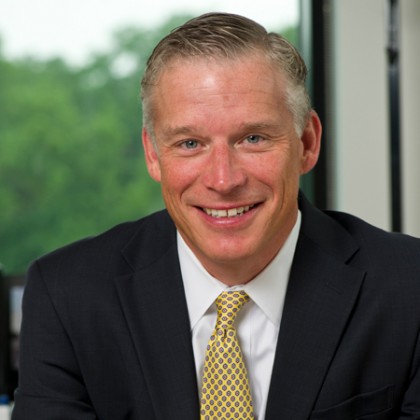 "Fritz is perfectly suited for this role and a natural successor to Mike," Daniels said in his announcement.

"With Fritz's talent, experience and consummate understanding of Johns Hopkins, we will not lose any momentum in our continuing advancement efforts."

Schroeder joined Johns Hopkins as director of annual giving after spending seven years at the University of Maryland at College Park.

"Leading such a large and diverse group is an enormous responsibility," Daniels said in his message. "I thank Fritz for his willingness to undertake it. With the support of that team, and the active collaboration of the rest of us across the university and Johns Hopkins Medicine, he will lead us to great success."

Published Sept 25, 2012
Senior VP for External Affairs and Development, who joined university in 2006, will assume fundraising post at Ohio State in November