Michael C. Eicher, the senior vice president for External Affairs and Development at Johns Hopkins University, will leave the university next month for a position at The Ohio State University, President Ronald J. Daniels announced in a message to senior leadership today. 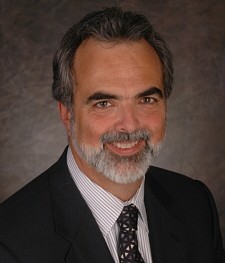 Eicher, who came to Johns Hopkins in 2006, will be the senior vice president for advancement at Ohio State and also president of The Ohio State University Foundation. He will assume his new roles in early November.

"Ohio State has clearly recognized what we know of Mike from our experience over the past six years," Daniels said in his announcement. "Mike is driven and methodical, he doesn't veer from the course he sets, he has great ambitions for the university, and he takes seriously his role as mentor to his team."

Prior to his arrival at Johns Hopkins, Eicher was vice chancellor at the University of California, Los Angeles, a position he had held since 1998. At UCLA, he earned a reputation as one of the nation's best fundraisers.

At Johns Hopkins, he assumed leadership of the "Johns Hopkins: Knowledge for the World" campaign, which had been under way since 2000. That fundraising effort, which wrapped up at the end of 2008, garnered commitments of more than $3.7 billion, $500 million over the planned goal. That campaign focused on the critical unmet needs of the university and Johns Hopkins Medicine, including student aid and faculty support, construction of clinical buildings at the medical campus, and important renovation projects such as Gilman Hall on the Homewood campus.

"I cannot tell you how much I have enjoyed my six years here at Hopkins. This is an amazing place, filled with wonderful and talented people," Eicher said in a message to External Affairs and Development staff. "... It has been a privilege to work side by side with you and to have been a part of this remarkable team. I will miss you all very much and will follow your future success with great pride."

Daniels said Eicher will assist him in formulating a transition plan. More details about the transition will be announced shortly, Daniels said.

Published Sept 28, 2012
He joined university in 1996, will replace Eicher, who announced his departure earlier this week