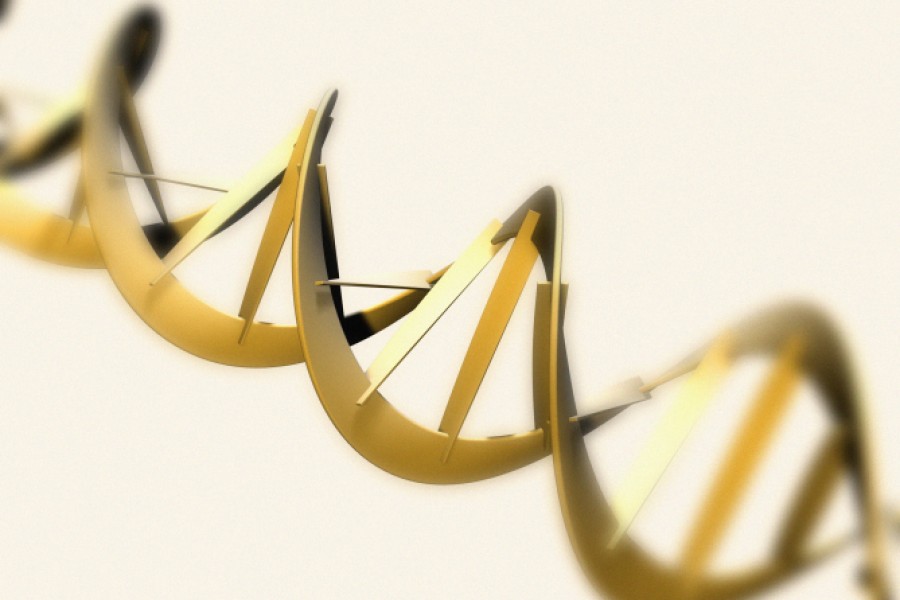 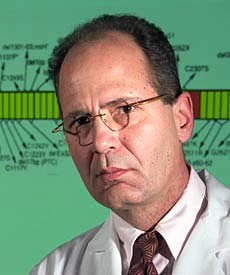 Early on in his career, Professor of Pediatrics, Genetics and Medicine and Howard Hughes Medical Institute Investigator Harry Dietz, M.D., watched in frustration as his patients with Marfan syndrome suffered from problems that he could describe but not solve. Marfan syndrome is a genetic disorder of the connective tissue marked by unusually tall height, long limbs and long, thin fingers; it causes problems related to skeletal and cardiovascular systems, eyes, and skin. As a physician, Dietz could accurately observe but do little to ameliorate his patients' suffering, leading at first to frustration but ultimately to a deeper commitment to understanding and challenging those problems.

For innovators like Dietz (known to friends and colleagues as Hal), understanding is the key to discovery. His career began, innocently enough, with an early penchant for taking apart the toaster or the radio, a type of probing "that was encouraged, rather than discouraged," he remembers. His father, an electrician, and his mother, a stockbroker, didn't necessarily come from academic backgrounds yet they instilled in Hal a fundamental inquisitiveness and encouraged him to question authority. They also showed him how creativity was important in fields like math and science, not just the arts. "I think creativity can derive from many sources," says Dietz. "Finding issues that just don't add up has been powerful."

It was this type of creative thinking—built on challenging prevailing common wisdom and never feeling satisfied with an incomplete answer—that propelled a dramatic change early in Dietz's career. Trained as a pediatric cardiologist, he was a full-time clinician with no experience in research or genetics. Yet when the father of a patient with Marfan syndrome asked him, "Dr. Dietz, you are describing this weakness of the tissues. Why are my son's fingers so long? Why does that lead to facial abnormalities?"—Dietz decided that he needed to figure out the answers. Simply treating patients would never allow him to do that. Dietz needed to become a scientist.

When Dietz approached the chair of Genetics at the time (Haig Kazazian) to discuss the idea of shifting his focus from clinical medicine to bench research, Dietz wasn't sure what the reception would be to his bold request. "My ultimate goal is to help these people. But I need your help," Dietz said. "I know nothing. I have lots of samples. They are very meticulously characterized at the phenotypic level. But I don't know any genetics." Miraculously, within 20 minutes or so a group of about 10 people was assembled, determined to help him succeed. "There was no discussion of who would get credit. There was no discussion of where the funding would come from. It was just a group of people who were visibly excited at the prospect of helping a young person launch a career in a new discipline."

Following this meeting, Dietz was given lab space, time, and freedom to pursue his intellectual questions. The spirit of collaboration, risk taking, and pure curiosity that Dietz felt that day has never left him; in fact, he believes that it was absolutely critical to his ability to have a productive research career, to answer several fundamental questions regarding the pathogenesis of Marfan syndrome, and to accomplish this work all at Johns Hopkins, where he has remained throughout his career. He published two papers within the first two years of his research career, first mapping Marfan to a specific chromosome, and then identifying the Marfan gene—"Not a bad start for a new investigator" the legendary Johns Hopkins geneticist Victor McKusick once deadpanned of his colleague's early and impressive achievements.

Dietz is both an idealist and a pragmatist. Despite all the obstacles faced by practitioners of academic medicine today, he sees both the immense challenge to innovation and the opportunity to rise above it. "We are going into what I consider to be a major lean time," he says of the budgetary restrictions and funding challenges at hand. "I think we are about to be tested in a major way. I think the response will need to be bold."

Dietz envisions Johns Hopkins continuing its track record of retaining its most promising junior faculty members, while declaring his hope that the university will spearhead major cross-disciplinary initiatives. For Dietz, it's the passion for knowing—for discovering—that matters most and reminds him of the motivations that still drive his career. "Sure, I would love to cure cancer," he says, reflecting on the unusual path his career has taken. "But if I just help Montie and Blake and Steven and my other patients—the people who I care for and for whom I care—that will be enough."