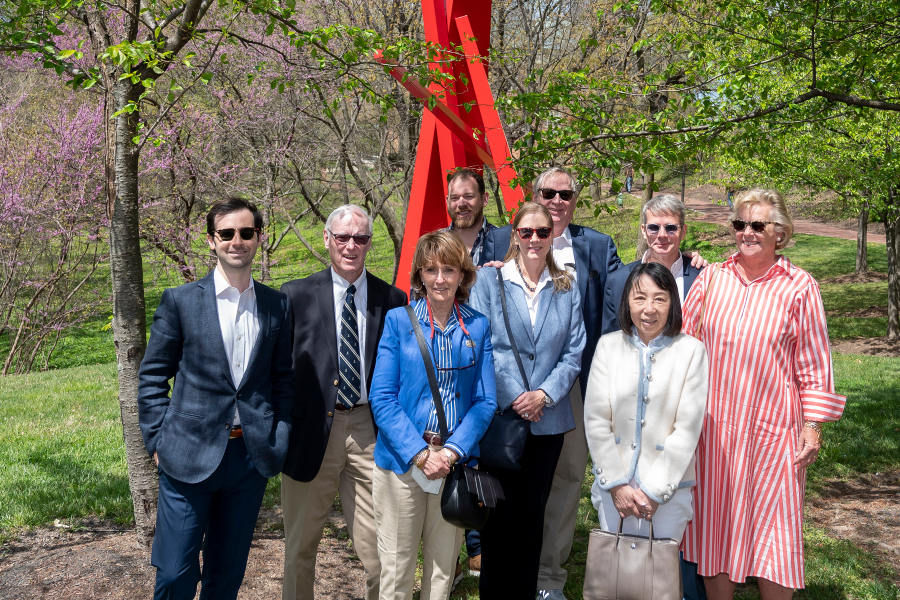 Image caption: Friends and family gathered in April to celebrate the life and legacy of "quintessential Blue Jay" Ralph O'Connor.

Honoring the man behind 'the Rec'

Ralph O'Connor's generosity touched nearly every corner of campus life at Hopkins, from academics to sustainability, and his most visible gift: The Ralph S. O'Connor Center for Recreation and Well-Being

On one of his many return trips to the Homewood campus, Ralph O'Connor, A&S '51, and his wife, Becky, shared a golf cart with a pair of students who flagged them down for a ride. As they drove across campus taking in the sights, the students were enthusiastic about the then new recreation center bearing O'Connor's name, but they never learned the identity of their traveling companions.

"With his characteristic humility and mischievous sense of humor, Ralph never revealed himself as the guy whose name was on the building. But that was pure Ralph," said Johns Hopkins University President Ron Daniels at the April 22 rededication of the newly renovated Ralph S. O'Connor Center for Recreation and Well-Being. "Ralph was happiest not when he was in the limelight but when he was working behind the scenes to give his fellow Blue Jays the resources they need to live full, flourishing lives and to pursue their highest aspirations."

The celebration honored entrepreneur and philanthropist O'Connor—the treasured Hopkins alum, former trustee, and longtime supporter of student life at Hopkins who had given the lead gift to establish the rec center, which opened in 2002. Before his death in December 2018, he pledged support of the $27 million rec center renovation project. The newly expanded O'Connor Center made its debut in fall 2021. 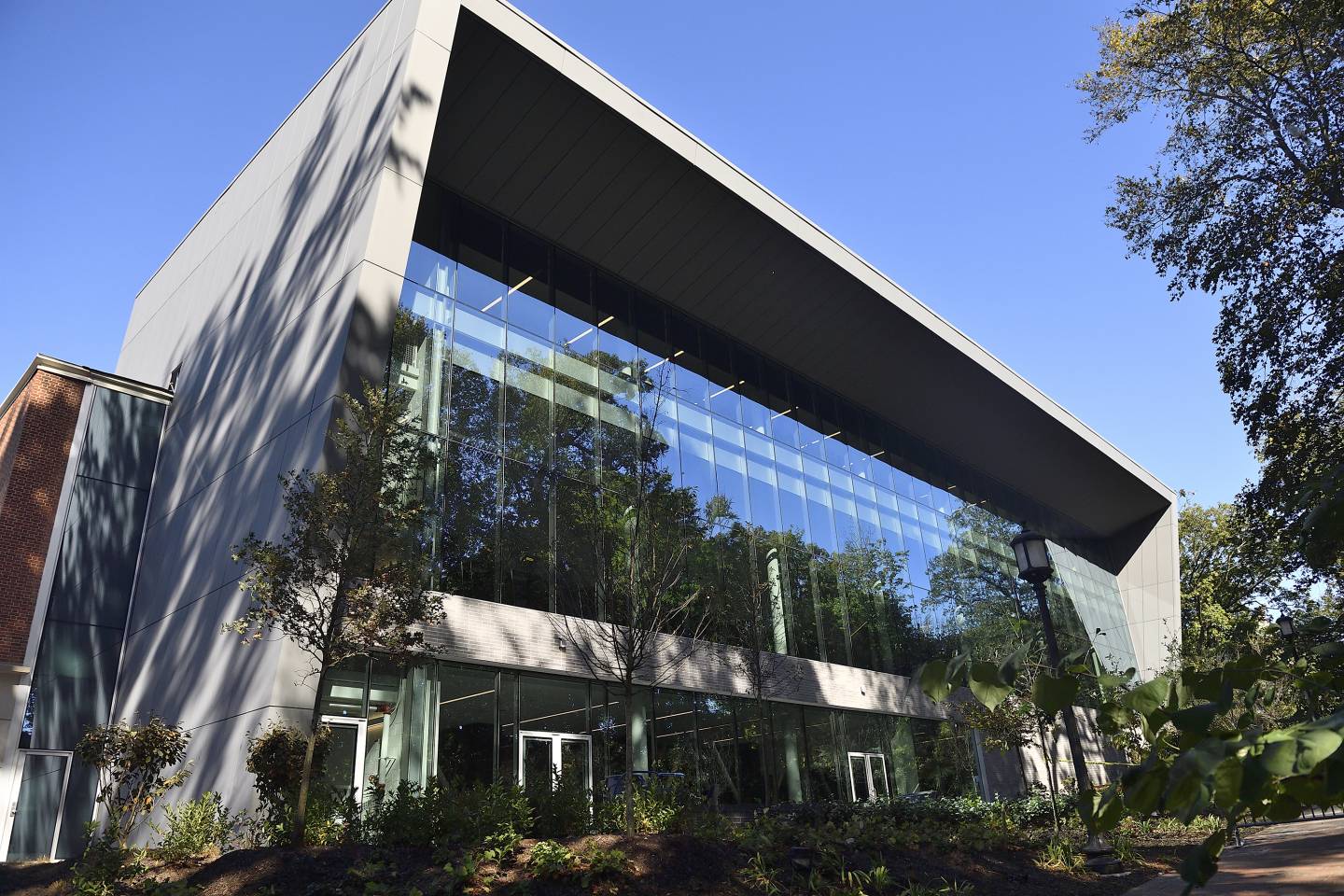 Image caption: The revamped O'Connor Center is open to all students, faculty, and staff from the Homewood and Peabody campuses

O'Connor's most visible gift to the university, the center has been central to the Hopkins student experience. But O'Connor didn't stop there. Through his giving, he touched almost every corner of campus life, from athletics and recreation to academics and sustainability, said Fritz Schroeder, vice president for development and alumni relations.

"For 70 years, from the day he graduated in 1951 to the day he died, Ralph's impact on this institution has been profound. He was perhaps the perfect Blue Jay, known to generations of Hopkins families," Schroeder said.

A student-athlete for his first two years as an undergrad at Hopkins, O'Connor was a great believer in the power of athletics and physical activity to change people's lives. From competitive recruiting and true home-field advantage to the best fan experience, O'Connor's impact on Hopkins Athletics has been immense. Homewood Field, Babb Field at Stromburg Stadium, the Blue Jays tennis courts, and Cordish Lacrosse Center—the first dedicated facility for lacrosse among Division I schools—offer professional- grade facilities, thanks in large part to his passion and generosity.

"Ralph was happiest not when he was in the limelight but when he was working behind the scenes to give his fellow Blue Jays the resources they need to live full, flourishing lives and to pursue their highest aspirations."
Ron Daniels
President, Johns Hopkins University

The O'Connor Center exemplifies coming together in service of athletes and nonathletes to meet and exceed the needs of the Hopkins community. More than a space for recreation, the center also serves as the university's No. 1 student employer. As the largest indoor space on campus, it fosters connection around professional, cultural, and social events by hosting programs including the Spring Open House Overnight Program for admitted students, Diwali, and various concerts.

"Almost every Homewood student comes to the O'Connor Center at some point, from freshman convocation until they robe for graduation," said Bill Harrington, senior associate athletic director and director of Recreation and Facilities. "It's about building community through all four years, and Ralph understood that."

The bigger, better, and brighter center was renamed to include "well-being" and features a new café and socialization space. Student well-being was top of mind during conversations with Ralph before his death, Schroeder said. When the pandemic hit, the need to support students' emotional health became all the more important. The center's expansion allowed for the offices of the Center for Health and Well-Being to be integrated with the Recreation staff to promote collaboration. A variety of new programs, including a mindfulness and meditation curriculum, are designed to encourage students to engage in and foster a community of care.

O'Connor's many philanthropic projects capture the depth and breadth of the affection he felt for the university and its people, Schroeder said. In addition to Hopkins Athletics and Recreation, he gave generously over the years in support of financial aid, endowed faculty chairs, and awards for teams of undergraduate entrepreneurs. Today, his legacy of giving lives on through the generous philanthropy of the Ralph S. O'Connor estate and the continued partnership of his widow, Becky.

O'Connor's estate and family have supported faculty positions in the Krieger School of Arts and Sciences, along with sustainability initiatives, most notably through the Ralph O'Connor Sustainable Energy Institute, or ROSEI, founded in 2021 at the Whiting School of Engineering. The institute's mission is to create and implement clean, renewable, and sustainable energy technologies; to educate future energy leaders; and to support implementation, markets, and policies that will build a greener, cleaner future at Hopkins, in Maryland, and around the world. For ROSEI, the real power to harness is not in wind or the sun but in the energy generated by the collective efforts of people and their ideas—bright, altruistic people put into place by the O'Connor legacy.

"Ralph O'Connor showed us the way," said Harrington, who remembered meeting him more than 20 years ago, when the recreation center was first under construction. Always humble, never boastful, "Ralph was simply geared to give." For his alma mater he loved, "he just jumped in and said, 'Sure!'"