James Bellingham, a leader in the development of high-performance autonomous underwater vehicles, or AUVs, has joined Johns Hopkins University as the Bloomberg Distinguished Professor of Exploration Robotics. He holds primary appointments in the Whiting School of Engineering's Department of Mechanical Engineering and the Applied Physics Laboratory's Asymmetric Operations Sector and is the executive director of the Johns Hopkins Institute for Assured Autonomy. His most recent work focuses on developing teams of robots to study ocean processes. Bellingham comes to Johns Hopkins from the Woods Hole Oceanographic Institution and has spent much time at sea. He has led research expeditions from the Arctic to the Antarctic oceans. 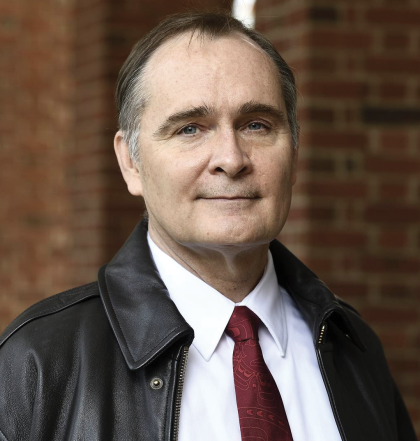 Yiannis Sakellaridis, a professor in the Department of Mathematics in the Krieger School of Arts and Sciences, was invited to speak at the International Congress of Mathematicians, where top mathematicians from around the world discuss their work in one of 20 topic areas. The congress meets every four years; Sakellaridis will participate in July 2022 in St. Petersburg, Russia, as one of nine speakers in the Lie Theory and Generalizations area.

Judith Green McKenzie joined Johns Hopkins as executive director of health, safety, and environment for the university and health system. She is also director of the School of Medicine's Division of Occupational and Environmental Medicine in the Department of Medicine. She succeeds Clarence Lam, who served as interim director of health, safety, and environment for the past two years. Prior to this appointment, McKenzie was a professor of emergency medicine at the hospital of the University of Pennsylvania. This year, she was inducted into the Penn Medicine Academy of Master Clinicians, the highest clinical honor for a Penn Medicine physician. She received her medical degree from the Yale University School of Medicine and a Master of Public Health degree from the Johns Hopkins Bloomberg School of Public Health.

Carey Business School received an MBA Roundtable Innovator Award for general excellence. The award was presented at the 2021 MBA Roundtable Curricular Innovation Symposium on Oct. 28. The school was recognized for its experiential learning curriculum in the full-time MBA program.

Ciaran Harman has been named a 2021 recipient of the American Geophysical Union's James B. Macelwane Medal, given annually and regarded as the highest honor for young scientists in the area of Earth and planetary sciences. Harman is the Russell Croft Faculty Scholar and an associate professor in Environmental Health and Engineering, a department shared by the Whiting School and the Bloomberg School of Public Health. 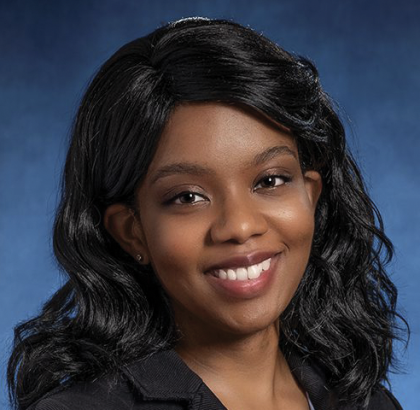 Danielle Speller, an assistant professor in Physics and Astronomy in the Krieger School, was given the 2021 Stuart Jay Freedman Award in Experimental Nuclear Physics by the American Physical Society.

James H. Segars has been chosen as the recipient of the American Society for Reproductive Medicine's Distinguished Researcher Award for 2021. Segars is the Howard and Georgeanna Seegar Jones Professor of Gynecology and Obstetrics and director of the Division of Reproductive Science and Women's Health Research at Johns Hopkins Medicine. A major part of his research for the past 20 years has explored the molecular mechanisms responsible for reproductive diseases, including endometriosis, uterine fibroids, and infertility.

Xin Chen, a professor in the Department of Biology in the Krieger School, has been named a Howard Hughes Medical Institute investigator. She is one of 33 scientists from 21 institutions in the United States selected this year to join the prestigious community of approximately 250 HHMI biomedical experts. Each new investigator will receive roughly $9 million over a seven-year term, which is renewable pending a successful scientific review.

Five Johns Hopkins doctoral students have been named Siebel Scholars for 2022. They are Elana Ben-Akiva, Ariel Isser, Alexandra Rindone, and Julie Shade in the Department of Biomedical Engineering, which is shared by the Whiting School and the School of Medicine, and Alycen Wiacek in the Whiting School's Department of Electrical and Computer Engineering. Selected for their exceptional academic performance and outstanding leadership, each student will receive a $35,000 award to support their final year of studies.

Michael Hersch, a composition professor at Peabody Conservatory, has a new opera, Poppaea, which premiered at the Festival ZeitRäume Basel in September before moving to the Wien Modern Festival in Vienna in November. It stars Ah Young Hong, an associate professor of voice at Peabody.

The university was named one of America's Best Employers for Veterans by Forbes magazine. The list, published annually, is based on the results of a survey of more than 5,000 veterans who have served in U.S. armed forces. The 200 companies receiving the highest total scores made the final list. Johns Hopkins ranks No. 149 overall and is one of just four employers listed in the Education category. 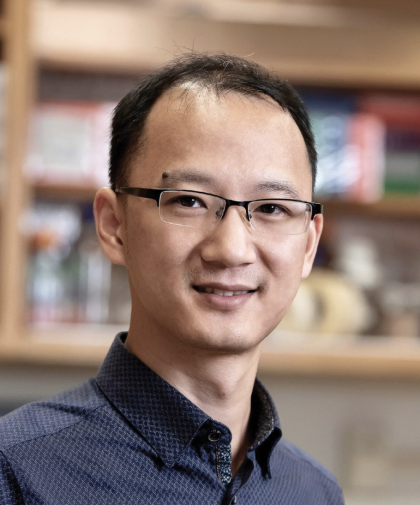 Xiongyi Huang, an assistant professor in the Krieger School's Department of Chemistry, was named a recipient of a 2021 Packard Fellowship for Science and Engineering. Each fellow receives $875,000 over five years. Huang's lab is exploring a way to bridge the worlds of biology and synthetic chemistry to develop new, affordable, and sustainable processes for chemical synthesis and drug development.

Paulette Clancy, chair of the Department of Chemical and Biomolecular Engineering in the Whiting School, has been elected to serve on the board of directors of the American Institute of Chemical Engineers. Clancy leads one of the nation's top groups studying atomic- and molecular-scale modeling of semiconductor materials. She plans to help the organization continue its efforts to improve diversity, equity, and inclusion.

Paul Ferraro, the Bloomberg Distinguished Professor of human behavior and public policy, was appointed by Gov. Larry Hogan to the State Children's Environmental Health and Protection Advisory Council. He has a joint faculty appointment in Carey Business School and in Environmental Health and Engineering, a department shared by the Whiting School and the Bloomberg School.