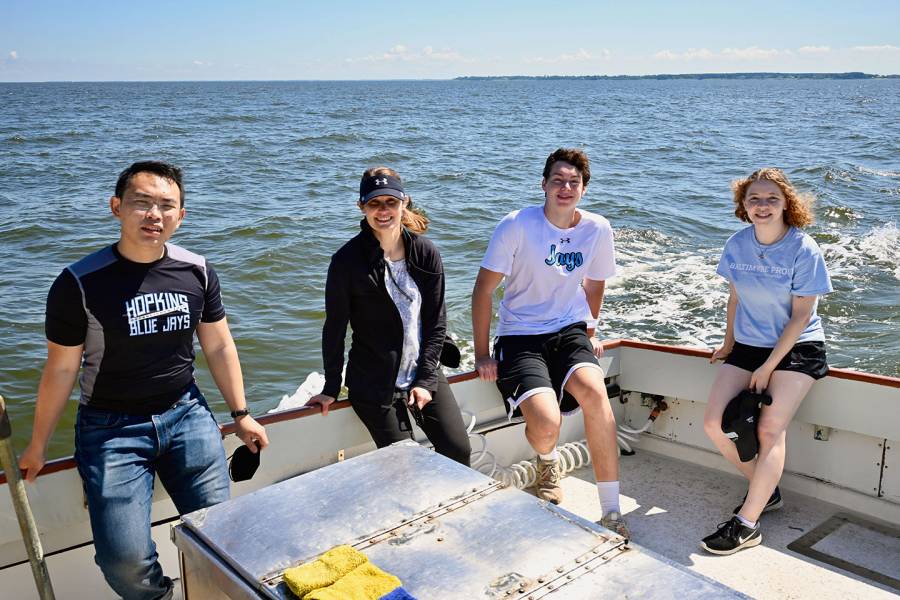 As a child, Johns Hopkins Assistant Professor Sarah Preheim would spend her summers swimming and boating at her family's vacation home on Queen Lake in central Massachusetts. "The water back then was nearly pristine," she says, "so there was no place I would rather be than in the water on a hot summer day. Spending the summer at Queen Lake created a lot of positive memories for me." 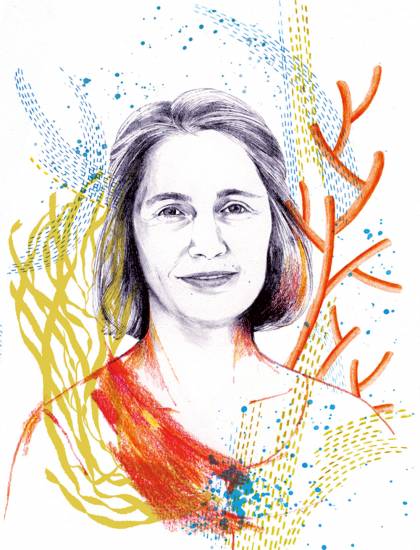 Today, the narrow lake with its many coves still draws sunbathers, swimmers, and recreational fishers each summer, but—like so many other bodies of water across the country—its water quality has plummeted, despite the fact that it is spring fed and located in a rural area without much farming. "It's been affected mainly by fecal coliforms that close the beach and invasive plant species that clog the waterways, both of which prevent my own kids from swimming in the lake on some days when we're vacationing there."

Despite Preheim's love for the water, it wasn't initially the focus of her career. But after a stint at Thailand's Chiang Mai University investigating the potential link between potassium chlorate and human health, Preheim began to reassess her career path.

"I recall returning from Thailand [in 2001] without any plans and thinking that the coolest job in the world would be to become an oceanographer, so I could spend more time in and around the water," she says.

Three months later, Preheim took a job in Woods Hole, Massachusetts, at the Marine Biological Laboratory, studying how Giardia lamblia, a common diarrhea-causing pathogen in drinking water, changes upon entering or leaving the body during infections. That experience solidified her career path, combining her passion for protecting the environment, her interest in clean water, and her background in molecular biology.

Today, Preheim is a microbial ecologist in JHU's Department of Environmental Health and Engineering, where she studies the ecology of microbes impacting water quality in lakes, estuaries, and coastal oceans to inform remediation strategies. She's been using the Chesapeake Bay as her test bed, a place that has seen solid gains in water quality over the past few decades owing to ongoing remediation efforts. Nonetheless, the bay still experiences dead zones each summer—areas of little to no oxygen that choke off life for fish, crabs, oysters, and other animals. Dead zones are caused primarily by excess nutrients that run off land from fertilizers or wastewater overflow. The nutrients trigger blooms of algae that spread across the water's surface before sinking and decomposing in the water. As hungry microbes feast on the organic matter, they consume oxygen, resulting in less oxygen in the water.

Johns Hopkins Magazine caught up with Preheim to find out what she's learning about these oxygen-starved areas of the Chesapeake, the roles hungry microbes are playing, and what life is like for her as a professor and researcher at Johns Hopkins.

The Chesapeake Bay has been an incredible success story in terms of meeting, and in some cases exceeding, goals set for nutrient pollution reduction. Are we seeing a similar positive trend in the reduction of dead zones?

Conservation groups have been doing well at decreasing nutrient pollution into the bay, but whether these decreases translate into increases in oxygen is a more complicated story. There have been some positive signs—the total volume of dead zones last year was the lowest since 1985. However, as in many other ways, 2020 was somewhat of an anomaly because the total dead zone volume had increased over the five years prior. One complication is the fact that the dead zones are also influenced by physical factors, such as rainfall and winds, which vary based on climate.

People generally assume that if we hit certain pollution reduction targets, the oxygen will just come back. But there's a big unknown variable at play—how microbes respond to reduced amounts of pollution. Microbes play a really important role in the equation by consuming available oxygen as they decompose sinking algae. So we're learning more about these microbial processes, and we're finding that some of the processes that lead to low oxygen conditions are not factored into current predictive models used to project future oxygen levels. This means that if we don't predict microbial responses correctly, the targets for pollution may need to be adjusted.

What are some of these processes?

The missing processes involve interactions between sulfur, oxygen, and nitrogen. When oxygen levels are low, microbes create sulfide, which is toxic and can cause water to take on the smell of rotten eggs. Sulfide moves into areas of the water column where other microbes remove it using nitrogen or what little oxygen remains. The largest response of the microbial community to low oxygen is an increase in microbes eating up sulfide, oxygen, and possibly nitrate, yet these processes are not in bay models. We are working to understand whether including these microbial processes will change predictions of how oxygen levels respond to reductions in nutrient pollution.

You're primarily a laboratory scientist, but you occasionally get to work out on the Chesapeake to collect water samples. What's that like?

When I get out into the field, it's a nice break from the lab and computational work. Typically, I wake up earlier than normal to catch the boat, and take Dramamine or wear Sea-Bands to avoid getting seasick. I love watching ospreys nesting on navigational signs or waving hi to the fishermen going by. I often take undergrad students with me on visits to the field; they have been very helpful and will spend whole days out on the water with me.

We typically get to the bay around 9 a.m. and quickly start collecting samples. The goal of our fieldwork is to be able to match up direct observations from the bay with the predictive models, so we can use our data to help inform and optimize the models. We've received an internal grant that funds some of this work. We pump water at different depths in the water column, collect sediments, use probes to measure water quality, and take samples for DNA and microscopy. We keep samples on dry ice so they don't change before we can analyze them.

However, almost every time we're in the field, something goes wrong—a pump fails or a probe dies. Usually if I bring enough duct tape, we can continue to work.

What is your favorite part of the job?

The research itself is the most fulfilling part for me—exploring the world around you just like when you're a child. But the toys are more sophisticated and the questions are much bigger and more novel.

How is your research helping drive positive change in the Chesapeake?

By demonstrating how microbes respond to changing nutrient levels, we'll better inform predictive models. We've also been studying how pollution is removed from stormwater by examining microbial biofilms in stormwater filters. Microbes inhabit stormwater filters naturally, and if we can figure out a way to promote the growth of good bacteria on them, the filters could do a better job of removing pollution that's washing into the bay.

What's your outlook for the Chesapeake and the environment as a whole?

I'm an optimist, so I think we can make changes locally to improve things. On a global scale, climate change will be a difficult issue to resolve. I hope that people can get on board with the fact that we are changing our environment, and if we're not careful and don't regulate our actions, there won't be a habitable world for our grandkids. We need to continue to put our heads together and solve these problems before it's too late.