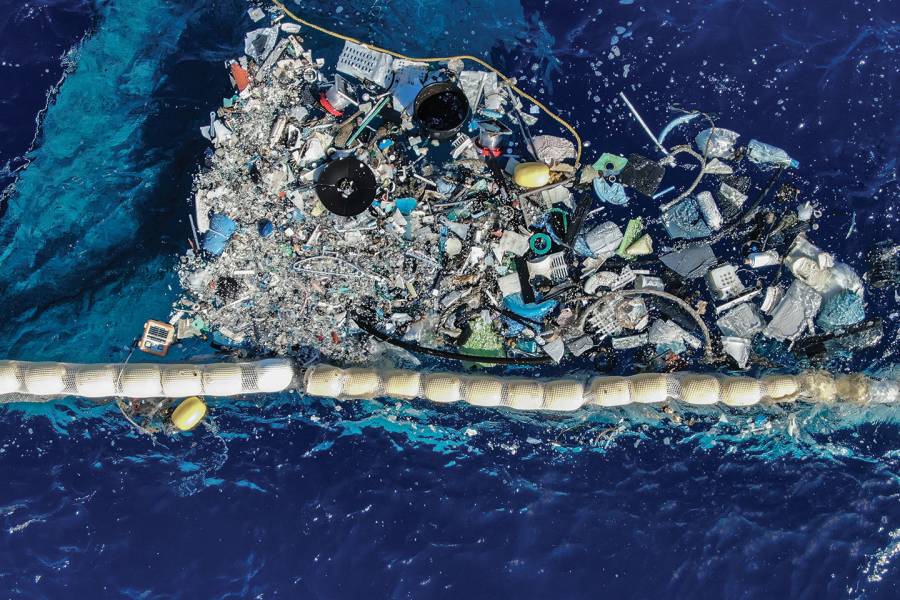 Buoys with a brain

Amid the roughly 80,000 metric tons of plastic milk cartons, straws, and takeout containers in the Great Pacific Garbage Patch float some undercover operatives. Look closely at the left-hand side of this photograph, taken in 2019 by the nonprofit Ocean Cleanup about midway between Hawaii and the California coast, and you'll notice an orange, lunchbox-size box topped with a 1-watt solar panel.

That Maker Buoy is the pet project of Wayne Pavalko, a program manager at the Johns Hopkins Applied Physics Laboratory who has custom-designed, 3D printed, and assembled more than 100 such devices to date in the basement of his Maryland home. Each buoy—powered by a battery similar to the one you'd find in your cellphone—contains a suite of off-the-shelf sensors that transmit data to its owner via satellite, including water temperature, orientation, atmospheric pressure, GPS location, and in some cases even photographs. Uses for Maker Buoys, which run $600 to $800, are myriad; they can be found tracking the roughness of the open seas for miniature sailboats that students are sailing across the Atlantic, as well as monitoring the water levels of glacial lakes in Greenland.

The Ocean Cleanup is using the Maker Buoys to simulate pieces of trash floating in the Pacific—"smart pieces of trash with GPS on them," as Pavalko puts it. Their cleanup system consists of a long, U-shaped floater that corrals floating trash, with a hanging skirt underneath. A parachute sea anchor creates a drag, causing the system to move slower than the floating debris, which can then be trapped. Around 50 of Pavalko's buoys, which are open source but copyrighted by APL, are being used by the Ocean Cleanup crew to track the movement of the system and ensure plastic is successfully making its way into the enclosure.

After the buoys have completed their task, they're either collected by the user or they wash up ashore, where they can be mailed back to the owner, refurbished, and reused.

Pavalko got started with the Maker Buoy project as a way to experiment with the Internet of Things. He was drawn to the challenge of deploying an item to sea, not knowing if or when it might come back.

"Frankly, it's the closest thing you can get to working on space programs because you put it out there and it just has to work," he says. "It has to be able to restart itself if something goes wrong. Can I build something that will actually last and I won't get it back, I can't fix it, and I can't change the code? You can't fix a buoy in the middle of the ocean."

A highlight of the project, he says, has been creating a worldwide network of collaborators, from the tech enthusiasts he's met at Maker Faire conventions to the charter boat captain in Norfolk he convinced to throw his first buoy overboard.

"I've gotten to know so many people I never would have otherwise met, all because of this project in my basement," he says. "That definitely makes it worth it. It's nice to be a part of something bigger."