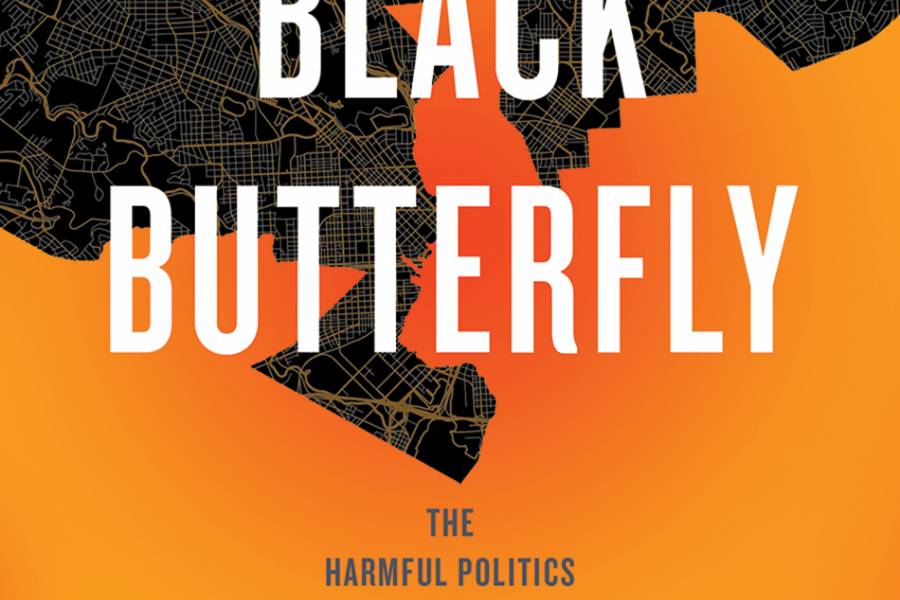 Lawrence T. Brown can distill the ambitious scope of his public health research into a single thesis: We cannot make Black lives matter if we don't make Black neighborhoods matter. "So many Black people live in urban Black neighborhoods that are disproportionately hypersegregated, redlined communities, which greatly contributes to the risk for police violence," says Brown, an associate professor at the University of Wisconsin Population Health Institute. "I'm saying, we need to think about all the things that go into a Black life before the death at the hands of police." 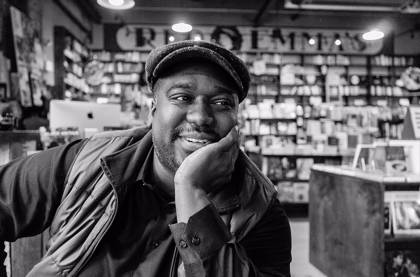 In the recently published The Black Butterfly: The Harmful Politics of Race and Space in America (Johns Hopkins University Press), Brown inventively brings together an extensive range of sociology and public health studies, the process of historical trauma, and the history of displacements of Black populations in the United States. The result is a damning narrative of the generations of public policy decisions that cultivated disinvested neighborhoods in cities where Black people reside today.

In the book, Brown uses Baltimore as a model for understanding how these forces play out in American cities. He came to Morgan State University in 2010 as a postdoctoral fellow, and while working among community activists he began to see in Charm City a space where his research into health disparities overlapped with his growing understanding of maps/spatial analysis and displacement—interest in the former grew out of coursework in graduate school, the latter from witnessing a public housing community demolished while an undergrad at Morehouse College.

When Lawrence Brown zoomed in on Baltimore, he saw the still-segregated city from a different perspective. White neighborhoods were clustered in an L shape that runs from affluent northern suburbs through the central business district and then east hugging the Inner Harbor and toward the port. Black populations spread out like wings from either side of this white L.

What makes Brown's analysis such a difficult bell to unring is the visual metaphor he recognized when he was exploring the University of Virginia's Racial Dot Map in early 2015. That map distributes 2010 census racial data, represented as color-coded dots, onto an interactive map of the country. When Brown zoomed in on Baltimore, he saw the still-segregated city from a different perspective. White neighborhoods were clustered in an L shape that runs from affluent northern suburbs through the central business district and then east hugging the Inner Harbor and toward the port. Black populations spread out like wings from either side of this white L.

He started presenting his analysis during a time when America's history of housing segregation and redlining came into popular consciousness, such as Ta-Nehisi Coates' "The Case for Reparations" and Antero Pietila's Not in My Neighborhood. Think tanks researching American segregation even began adopting Brown's language in their reports.

But Brown felt there was a key element missing from analyses focusing on anti-Black policies from Jim Crow through the 20th century: the generational impact of Black migration or displacement over time. In Butterfly, Brown identifies seven eras of Black people being displaced by forces physical, economic, and civic, starting with the trans-Atlantic slave trade and ending with the uprootings wrought over the 20th century, from dispossession of Black farmland and waterfronts started in the 1910s through mid-century slum clearance and the destabilization caused by the war on drugs and its resulting hyperpolicing and mass incarceration.

"I think the concept of historical trauma helps people understand that harm was done," Brown says of his research. "My friendly amendment to that is ongoing historical trauma to make it clear that there's an unbroken continuity. Those policies, they haven't stopped. They may take a different form, but they have morphed and mutated into something that's still taking place today. I'm trying to really get the reader to question and critique terminologies, phrases, rhetoric, language, that frames the way we start thinking about solutions and make a case for municipal reparations."

How the Black Butterfly came to be, and how to heal it

Two Baltimores: The white L vs. the Black Butterfly

Some of the public policy and budgetary solutions he brings up in The Black Butterfly are modeled on policies and programs currently working around the country. Others are informed by the organizing work of local activists and community advocates who have been pushing back against policy decisions for years. Brown also wants policymakers to be more mindful of the words they use when speaking about these issues, such as when developers talk about investing in Black neighborhoods. "From a public policy perspective we don't need to invest in Black neighborhoods," he says. "You're not looking for a return on investment for roads. You allocate public dollars for resources. That's what we need—services and infrastructure that people need to thrive in a city."

For Brown, the idea that change is not only possible but achievable is embedded in that visual metaphor that catalyzed his thinking. "I liked how Kendrick Lamar's album title conveyed the notion that something as beautiful as butterflies can be pimped or exploited," Brown says. "There's a lot of beautiful potential in that metaphor, highlighting that duality, the exploitation, and the beauty and resilience."