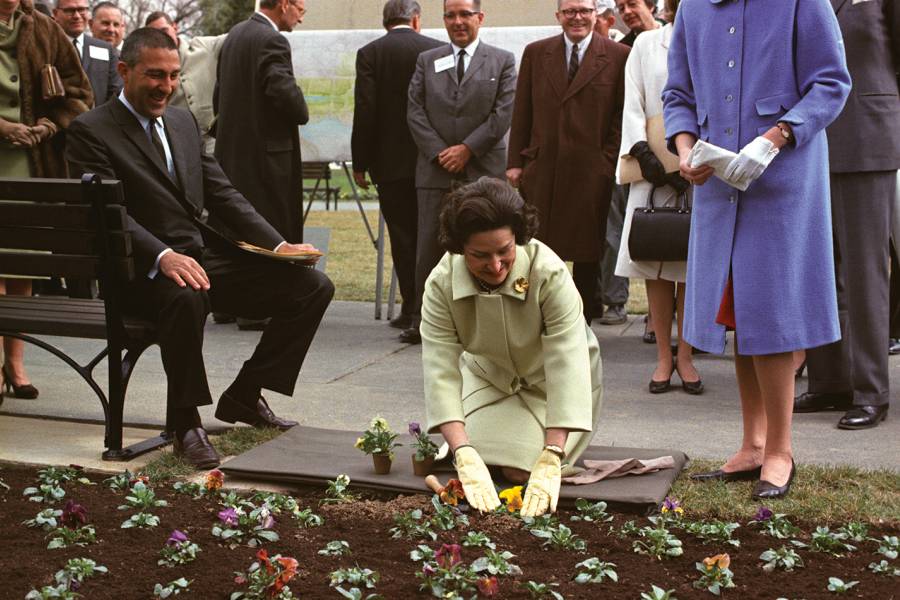 She was one of her husband's savviest advisers, a proponent of cutting-edge environmental policies, and a gifted campaigner. Beneath her old-fashioned Southern manners, Lady Bird Johnson turns out to have been a surprisingly modern first lady—the bridge, argues biographer Julia Sweig, between Eleanor Roosevelt and Hillary Clinton. 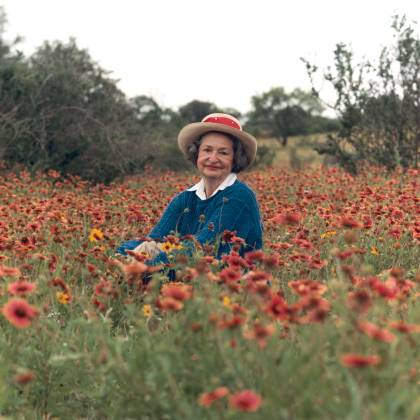 The diary's near-daily entries begin eight days after the 1963 assassination of President John F. Kennedy Jr., with Lady Bird's description of "that fateful and dreadful day" her husband assumed office. They conclude with a January 31, 1969, account from the LBJ Ranch of Lady Bird's adjustment to private life. The more than 850 entries she dictated chronicle everything from seating arrangements for state dinners to her husband's agonized decision making over the Vietnam War.

An abridged version of the diary was published in 1970. But Sweig says that historians so far have failed to fully mine the archival material, whose gradual release by the LBJ Presidential Library and Museum began in 2013. Sweig writes that she read the transcript in its entirety and considers the diary essential to evaluating the Johnson administration.

Johnson's presidency "hasn't been understood as a political partnership," she says, "in part because LBJ himself is such a towering figure." A focus on his marital infidelities gave rise to a caricature of Lady Bird as weak and passive, she says. "It was a kind of sexism to allow that to reduce her to such a diminished role."

Though the diary's detail is often eye-glazing, concedes biographer Julia Sweig, it reveals "a woman who was at the head table a lot more than we realize."

Writing about American politics represents a career swerve for Sweig, who has authored two books on Cuba and another on U.S. foreign policy. Now a senior research fellow at the Lyndon B. Johnson School of Public Affairs at the University of Texas at Austin, she was formerly a senior fellow and director of Latin American Studies at the Council on Foreign Relations. Meeting female Latin American leaders spurred her interest in women and power—and led her to Claudia Alta Taylor "Lady Bird" Johnson, wife of "one of the American presidents most associated with the idea of power in the 20th century," Sweig says.

In fact, LBJ's preeminent biographer, Robert A. Caro, has said that his real subject is the study of power. "I stand on Caro's shoulders," Sweig says. "Who doesn't? The beauty of his writing and the tenacity of his reporting and the sheer volume and elegance of the research are astonishing." But she maintains that Caro's multivolume biography—the concluding volume, on Johnson's presidency, is still in the works—has given short shrift to Lady Bird's contributions.

Though the diary's detail is often eye-glazing, Sweig concedes, it reveals "a woman who was at the head table a lot more than we realize." She cites a prescient and influential strategy memo that Lady Bird wrote in 1964 at Johnson's request. Balancing a range of concerns, it encouraged him to run for a term of his own that year but not seek a second full term. After the departure of Johnson's longtime aide Walter Jenkins shortly before the election, Lady Bird became her husband's closest, most trusted adviser, the biographer says, helping him navigate Washington and plot the trajectory of his presidency.

LBJ won a landslide victory over Arizona Sen. Barry Goldwater in 1964 but withdrew from the next presidential race in March 1968. That move, surprising at the time, seemed a reaction to rising opposition to the Vietnam War and Johnson's deteriorating electoral chances. But Sweig suggests that Lady Bird, who worried about the stresses of the job and her husband's health after a near-fatal heart attack in 1955, had planned it all along. (He died in 1973, at 64, and she survived him by 34 years.)

Listen to the trailer for the new podcast *In Plain Sight: Lady Bird Johnson*

An excerpt from *Lady Bird Johnson: Hiding in Plain Sight* pulls back the curtain on their complex relationship

Lady Bird's great cause as first lady was short-handed as "beautification," a term she despised. Though she was most associated with planting flowers and regulating highway billboards, her real passion, Sweig says, was pushing for "more democratic access to nature in American cities," with the District of Columbia as a test case. Lady Bird promoted "swimming pools and recreation and green space in the Black neighborhoods of Washington, a piece of her story that I think is completely unknown," Sweig says. Much of that planning was upended by the racial rioting that consumed American cities after the 1968 assassination of Martin Luther King Jr., Sweig says—another "tragedy of the Johnson administration," whose Great Society antipoverty and civil rights agenda was already being undermined by ballooning Vietnam War spending.

Among Lady Bird's other accomplishments was professionalizing East Wing operations. "That template established what Hillary Clinton then reinvented and massively expanded," Sweig says. In a different era, Lady Bird might, like Clinton, have aspired to elective office. She was so effective on the campaign trail that commentators noted what a great candidate she would make, Sweig says.

In conjunction with her biography, Sweig created a multiepisode "immersive audio documentary"—a term she prefers to podcast—titled In Plain Sight, in collaboration with Best Case Studios and ABC News. The first eight-part season, debuting March 16, will spotlight Lady Bird. Sweig hopes that there will be future seasons, too, "about other women in recent American history whom you think you know—but really don't."