Liz Specht, Engr '09, became a vegetarian as an undergraduate and grew more passionate after learning about the meat industry's harmful effects on health and the environment. Yet Specht, who earned a PhD in biological sciences from 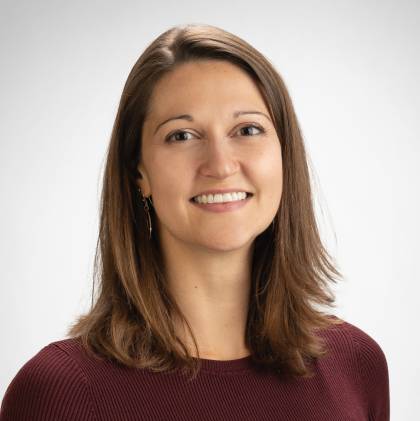 University of California, San Diego, never thought her skills would help combat the problem until she heard about the Good Food Institute, a nonprofit promoting plant-based and other alternative proteins as a better way to feed the world. As the institute's director of science and technology, she helps identify gaps in research and funding to fuel innovations for new meat and dairy substitutes. "We're barely scratching the surface of what's possible," says Specht, who studied chemical and biomolecular engineering at Hopkins.

One emerging technology is cultivated meat, which avoids animal slaughter by producing meat grown from cultured animal cells in a lab. The goal is to develop more food items that look, taste, and smell like conventional animal products, and then make them more accessible and affordable. "We want to make sure those options are readily available to every consumer," Specht says. "I think then people will make the smarter choice."