FITNESS FOR EVERYONE, EVERYWHERE 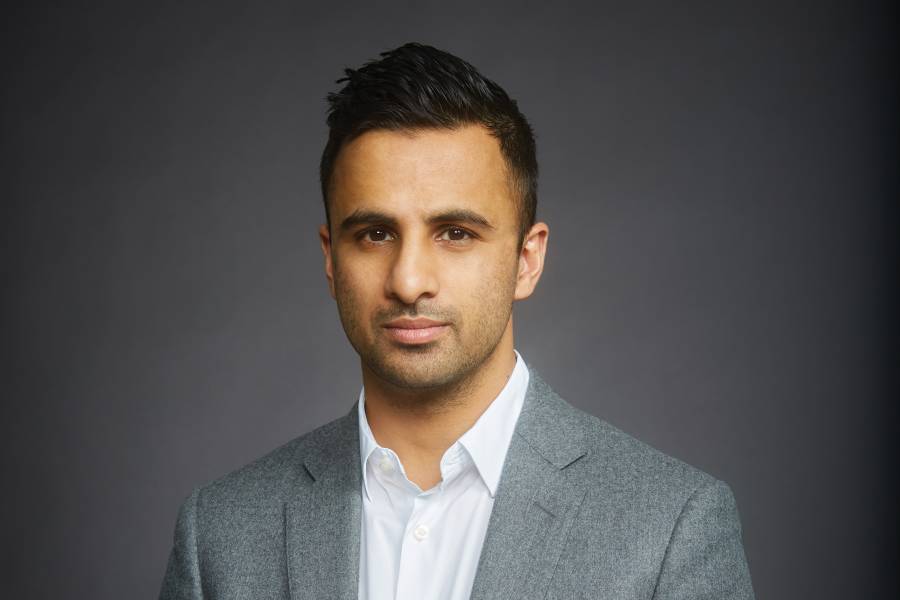 In 2015, after several years working in finance and earning his MBA from Wharton Business School, Ethan Agarwal, A&S '06, found himself thinking less about bottom lines and more about his own health stats: He was overweight and struggling to lose 40 pounds. He knew he could take studio classes, which were all the rage at that time, but he was more interested in finding an effective trainer who could guide him through fitness classes wherever he was, even when he was traveling for work. Then he said to himself: What if instead of limiting myself to studios, I brought the experience to my pocket with a phone?

Later that year, Aaptiv, an audiobased mobile fitness app that offers personal training sessions and classes, was born. Aaptiv now has hundreds of thousands of paying members, and the company has raised over $70 million in funding. Agarwal says he was acquainted with the innovation required to start something new because he'd spent his whole life watching a serial entrepreneur—his father and fellow Hopkins alumnus, Vinod Agarwal, Engr '78 (PhD), who founded a semiconductor testing company called LogicVision. Somehow, someday, Agarwal knew he'd start his own business, too.

What was it like to take Aaptiv from idea to reality?

As a first-time entrepreneur, I felt like I did so much wrong. I had a couple hundred grand in student debt, so I was less than broke. Fundraising was a challenge because I was a solo, nontechnical founder. It was a perfect storm of denial; it took me 18 months and probably 200 meetings to get my first investment check.

We never did an official launch. The Aaptiv app was in the Apple store for a couple of years, and whoever would find it would find it. I did a lot of our "marketing" and recruitment early on: I'd be at the gym, and I'd see someone getting on the treadmill. I'd say, "Hey, can you try this and tell me what you think?" Most of the time they'd tell me to go away, but every now and then they'd try it, love it, and ask for more. A lot of our users came from that method early on, and then from people telling their friends about it.

We started picking up traction at the end of 2015, and we've grown significantly since then. That growth phase was all about hiring key executives and telling our story to a larger audience. There was a big moment when actress Kate Hudson was speaking at a conference and the moderator asked her about her favorite app. She said Aaptiv!

How is Aaptiv different from other fitness apps?

We were also the first company to do audio-only classes, and now the breadth of our offering is by far larger than anyone else's. We have 4,000 classes—audio and video—across 13 different categories and three dozen programs. Our master trainers are full-time employees, and we also employ a lot of contractors who are robustly vetted to ensure that they can deliver exceptional training, motivation, and energy. All three are crucial to building a great class!

How has the pandemic impacted your business?

Businesswise, the pandemic has been a boon for us. We were always ready for this, even though we didn't plan for it. We have thousands of classes that can be taken at home with no equipment, which is what people need right now. And we have a whole new section of restorative content because we know people are working out right now, but we also know that they're very anxious.

I believe many of these industry changes will stick around, post-COVID. Group fitness won't go anywhere because a lot of people love working out with others. Community drives them harder. But I believe we'll need to be more aware of making fitness available to everyone, everywhere.

What advice would you give to entrepreneurs who are considering launching their own business?

Working at a startup is incredibly hard. If you're just in it because of the allure, the money, or the press, that's a terrible reason to start a company. I tell people to dig into their motivations deeply and figure out what's driving them before they dive in. Also, there's no traditional path. It doesn't matter what your background is, what school you went to, or what job you took after you graduated. If you have an idea and you're passionate about it, pursue that. The reason you succeed or fail is not going to be your background.