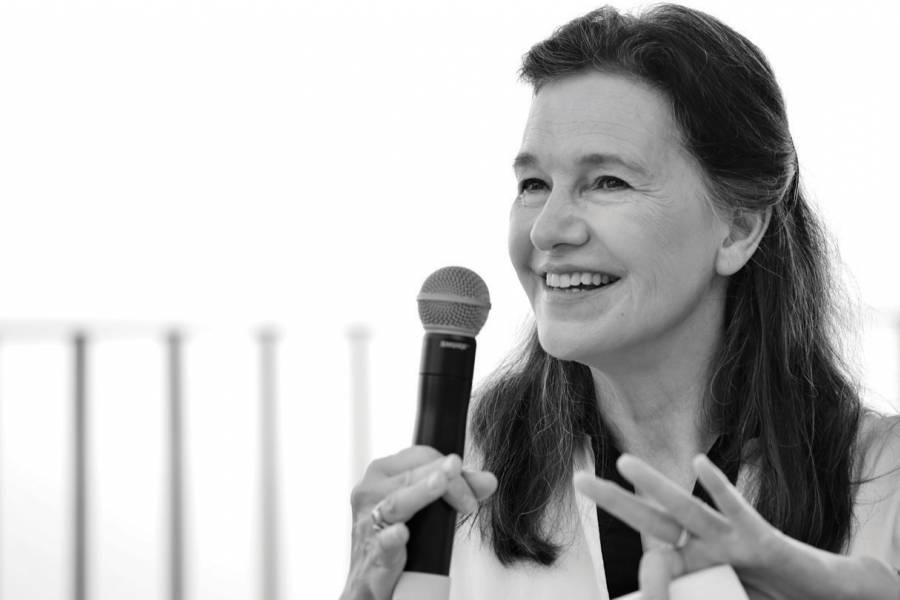 Being a night watchman is a solitary job. The work involves staying alert while the rest of the world sleeps, keeping your mind engaged through long stretches of stillness and quiet. The titular character of The Night Watchman, alumna Louise Erdrich's 17th novel, is Thomas Wazhashk, a middle-aged father who struggles to keep his eyes open during the night shift at a jewel bearings plant. Thomas' last name means "muskrat" in Chippewa, and he shares an affinity with the "lowly, hardworking" rodent. "Although the wazhashkag were numerous and ordinary, they were also crucial" to the marsh ecosystem, writes Erdrich, A&S '79 (MA). 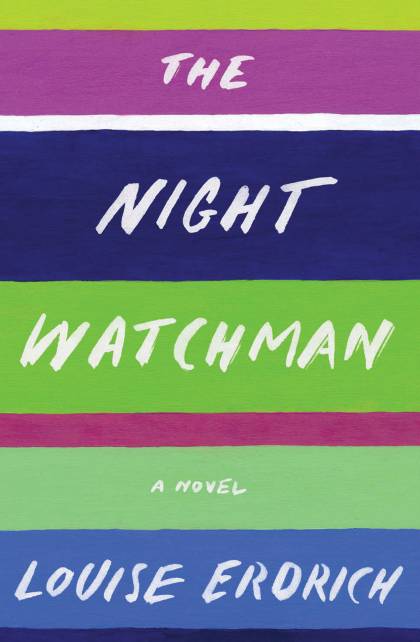 The year is 1953, and the plant has brought a new kind of employment to the Turtle Mountain reservation, where many people still work as farmers and poverty is a persistent issue. (Erdrich's characters point out that when the North Dakota reservation was created, the white settlers took the best land for themselves and left the scraps to the tribal nation, which holds the land in common.) Most of the plant employees are women—they scored higher on manual dexterity tests—including Thomas' niece, a bright, driven young woman with beguiling eyes whom everyone calls Pixie, even though she would prefer to be called Patrice. The Night Watchman follows Thomas and Pixie over the course of a tumultuous year.

During the long, slow nights at the plant, Thomas keeps himself busy with paperwork; he leads the tribal council, and he has come to realize that his community is under dire threat. The urgency of the situation is difficult to perceive at first because it's shrouded in the banal language of bureaucracy. A proposed congres­sional act would lead to the "termination of Federal supervision over the trust and restricted property of the Turtle Mountain Band of Chippewas ... for the intensification of an orderly program of facilitating the relocation and placement of such Indians in a self-supporting economy … and for the termination of Federal services furnished to such Indians because of their status as Indians." The bill's supporters attempt to paint this termination of land rights as a benevolent act of respect for American Indian autonomy, but Thomas and his neighbors recognize that their lives and livelihoods are at stake. The Turtle Mountain Band is a clear underdog in this fight, but the diligence and decency embodied by Thomas prove to be potent weapons.

As Thomas mobilizes a delegation to travel to Washington and argue against the bill, Pixie sets off on a quest of her own. Her older sister, Vera, moved to Minneapolis with her husband with assistance from the Placement and Relocation Office, which was supposed to provide job training and housing funds. But Pixie suspects that relocation isn't what it seems—particularly when her sister falls out of touch. Unfortunately, Pixie can't fully devote herself to the search for Vera, considering that she's the family's sole provider. Barnes, the white man who serves as the community's boxing coach and math teacher, sees only the poverty in Pixie's life, but there's plenty of richness there, too. Pixie's mother, Zhaanat, is "from an older time," as one character puts it, versed in herbal remedies and traditional ceremonies. "People came from distances, often camped around their house, in order to learn" from Zhaanat.

The Night Watchman draws its plot from real events. Erdrich, who often addresses Native American characters and issues in her writing, is herself a member of the Turtle Mountain Band. She based the character of Thomas on her grandfather, Patrick Gourneau, who also worked as a night watchman and led a tribal delegation that traveled to Washington to argue against termination.

When The Night Watchman turns to depicting historical events, it can get clunky and didactic. At times, it seems as though the character of Barnes exists only to pose clueless questions that elicit thorough responses from Thomas, who patiently explains why termination is such a troubling prospect.

The Night Watchman is both richly rooted in the sensuous world and also full of dreams, visions, and visitations.

The novel is at its best when Erdrich steps back from narrating history or depicting torture and instead portrays the Turtle Mountain community in all its charming dailiness. The homecoming parade is disrupted by frisky horses; Pixie sets snares in the snow; Thomas visits neighbors' houses to check in. There are a few low-key love triangles and a charity boxing match in which both fighters turn out to be faking their injuries. The book manages to evoke a deep nostalgia for a bygone era while also not shying away from the period's difficulties and dangers. At the same time, many of Erdrich's characters long for an even more distant past—a time before tuberculosis and alcoholism, when jackets were made out of buffalo hide and there was no such thing as a reservation.

The Night Watchman is both richly rooted in the sensuous world and also full of dreams, visions, and visitations. Several ghosts make appearances. One chapter is narrated by a horse, another by a dog. At a time when many of us are looking for an escape, The Night Watchman offers exactly that, a world painted with detail, affection, and humor.