When Emma Alterman, A&S '12, joined in on social distancing to slow the spread of the novel coronavirus this spring, her thoughts went to the group of Johns Hopkins friends she has been gathering with for more than a decade. The friends had started hosting game nights during their undergrad days, playing a party game called Werewolves. More recently, those who lived in the New York City area would meet up in someone's apartment to play the board game Codenames. 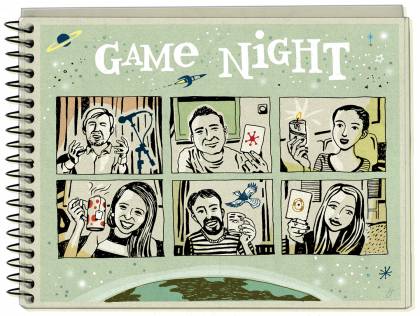 Alterman, 30, who works in education policy research in New York, wondered how she could connect with her friends throughout the quarantine. "I was planning all these virtual meetings on Zoom for work and I started realizing we could do a virtual game night this way," she says. She took photos of the Codenames board and different configurations of cards that she could "deal" to the players by email.

Ten friends—mostly fellow Hopkins alums—joined in that first game night, and the Zoom gatherings soon became a weekly tradition. "It's been very grounding during this time," Alterman says. "It's nice to have something to look forward to on the weekends. You know that on Saturdays you have something to do with the evening."

At first, players began each session by sharing updates on their lives. But, as the isolation wore on, "we ran out of updates," Alterman says. So the group started warming up with a grown-up version of show-and-tell, holding up interesting objects from their apartments. One player created a version of Family Feud to play via Zoom and another came up with the idea of holding "Teddy Talks"—a relaxed version of a TED Talk—to discuss areas of expertise such as The Bachelor and why cats meow.

After one of the Codenames players tweeted about the virtual game, Alterman was interviewed by Slate, the New York Post, and The Lily. Much like game night, the interviews have been a nice escape from solitude for Alterman. "It helps break up the time," she says.