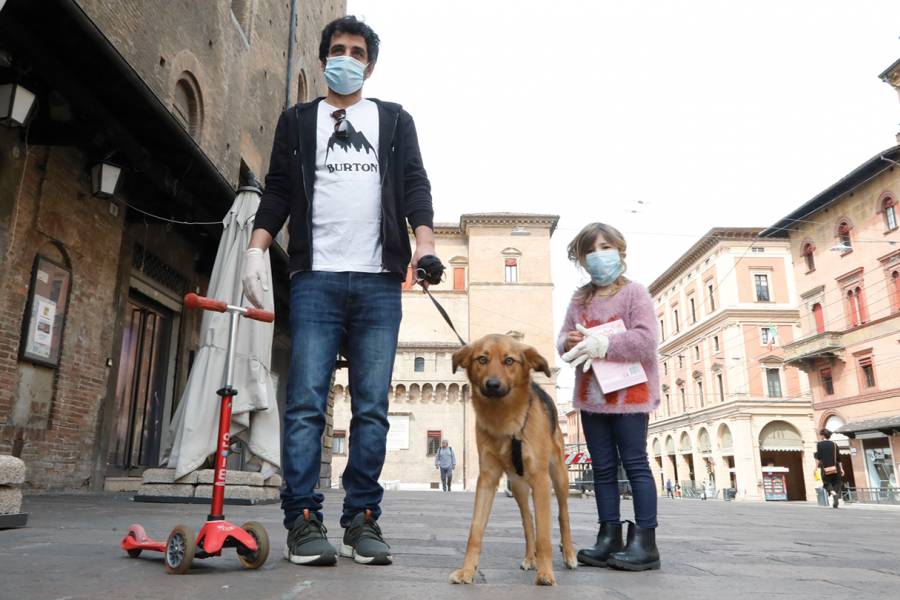 A view from Italy

An economist and faculty member at SAIS Europe peers into the past, present, and future of our COVID-­19 world

When I, like my fellow SAIS Europe colleagues, was asked to work remotely and leave the beloved 65-year-old campus in Bologna, Italy, I realized that I had not taken with me a single item from my office. On that day, as we heard that the country was entering a strict lockdown, I worried not about personal belongings but the health and safety of our relatively small population of students and scholars. On a larger scale, I worried about my home country, faced with a pandemic that had seen, at that point, the number of COVID-19 cases grow from one in a million to one in ten thousand people within 13 days. We know only now, with the benefit of hindsight, that the actual number of cases was then a multiple of what the official statistics reported. As an international economist well versed in crisis analysis, I fretted about the future.

The coronavirus crisis was more novel than we thought, more taxing than we expected—and its consequences will last longer than we anticipated. I have spent most of my career studying what can go wrong within financial markets. Equity prices, bond spreads, and commodities dynamics have never been particularly interesting, per se, to a layperson. To people like me, however, their dynamics are very meaningful because they act as triggers. Their movements and sudden changes transfer resources from one sector of the economy to another, and can shape deep transformations in the real economy, altering existing jobs while creating new ones and affecting firms' ability to invest. 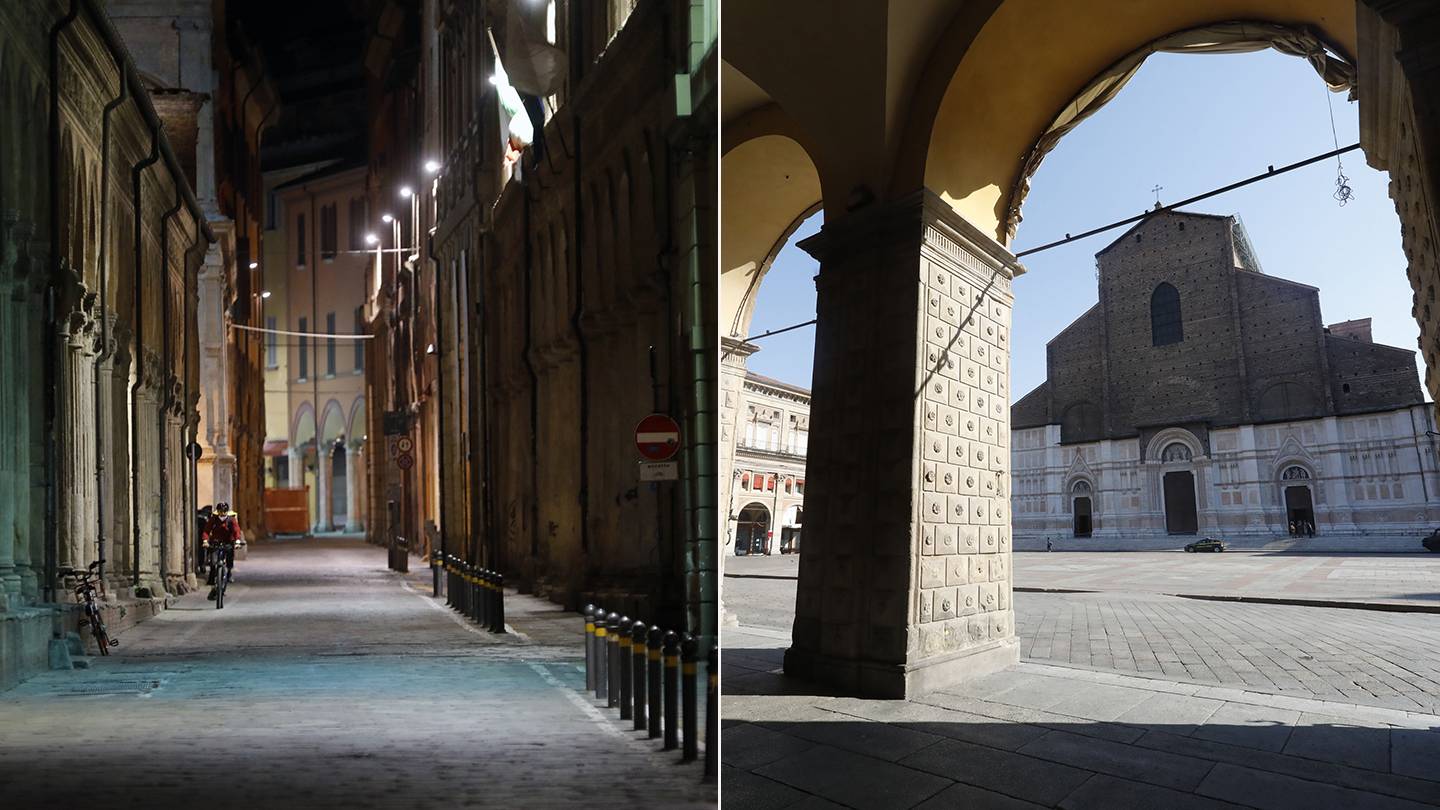 Image caption: Italian thoroughfares and plazas once bustling with residents and tourists emptied out during the coronavirus lockdown.

My entire intellectual training spent studying crisis has taught me to look for two things: structural factors of fragility in an economy and triggers. Whenever I ponder on what could go or has gone wrong, I almost automatically find myself thinking that any crisis, especially a major one, starts with some trigger event like an unexpected health outbreak, which suddenly brings to life an underlying fragility in our society. In this case, we observed how even the most interconnected economies in the world were unable to adapt their work organization without severely disrupting production. These two features, together, define the identity of a crisis. Or so I thought, until I encountered the COVID-19 pandemic and its fallout.

I discovered that I was unequipped to think about this crisis. A pandemic is a completely different animal from any risk I have ever considered during my adult life. The fundamental question remains: Why were we so exposed to this trigger? Even if we could not assess its likelihood, why did we decide to ignore the "known unknowns," in the words of noted American economist Frank Knight? Moreover, it remains unclear what was the underlying organizational fragility that nurtured the pandemic. Indeed, one should ask which specific features of current human interaction—travel frequency or overcrowding—were responsible for making the virus so deadly. To date, these questions have not found a convincing answer.

Maybe not surprisingly, the evolution of the COVID-19 pandemic has been unusual. Its start was very slow, but its growth exponential. It took us all by surprise. Italy was possibly the first country outside of China to be seriously affected by the disease. The Italian government decided to quarantine two minor cities in the north, and shortly thereafter, in late February, schools and universities shut down their in-person operations for precautionary reasons. Meanwhile, the rest of the country was still planning a quick reboot followed by a return to business as usual. On March 9, the day Prime Minister Giuseppe Conte imposed a national quarantine, all hopes of a quick solution disappeared and the country entered its most extensive crisis since World War II.

It took 16 days to realize that the images we had watched from the Chinese province of Hubei should have been taken as far more compelling a warning. By the time hundreds of cases were accounted for, the virus had already spread so much that providing an accurate measure of contagion had become a heroic task. The most worrying feature of this expansion was its location. It had hit, and was spreading through, the most populated part of the country, the northern regions of Lombardia, Veneto, and Emilia Romagna, where our campus is located. These are also the areas where income levels are among the highest in the country and the national health system is better funded, more efficient, and truly universal. One could only wonder what the consequences might have been if COVID-19 had spread in the less equipped south of the country. 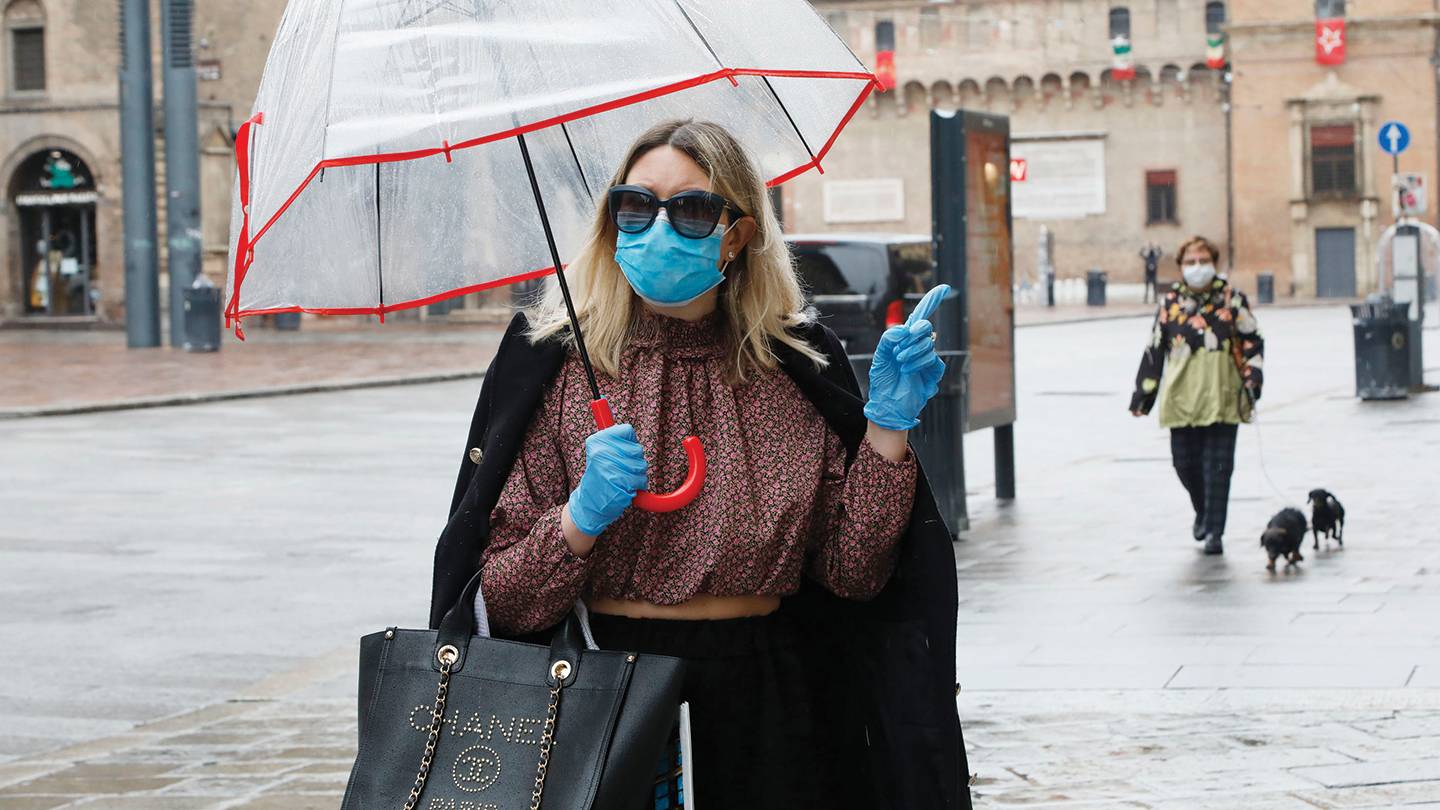 The national lockdown soon became the only endgame able to mitigate the spread of the disease. Containment became impossible. The primary objective of the policy was to avoid overwhelming hospitals' capacity in order to spare the country an even steeper death toll. One by one, nearly every advanced economy followed the Italian path, some more promptly and more efficiently, others with delays that resulted in more contagion and deaths. Every country that downplayed others' responses as "excessive" and assumed to be better equipped to deal with the virus outbreak found itself reversing its less stringent policies. After all, it is not always the case that, as Mark Twain puts it, "to succeed in life, you need two things: ignorance and confidence."

The policy of restricting individual mobility was and still is so pervasive that the economic crisis in progress will go down in history as the Great Lockdown, a term coined by the International Monetary Fund. The effect on advanced economies will be truly unprecedented. In the case of Italy, gross domestic product will fall so much in 2020 that only 1943 and 1944—when the country was split among Allied forces, the liberation army, and German occupation—posted a larger drop. Every other European country will see a substantially larger drop in GDP during the Great Lockdown crisis than it experienced in the Great Recession of 2009. This will also be the case for the U.S. economy.

The recovery will be uncertain because every country will need to reorganize its workforce and productions. While the U.S. government has chosen the customary path of frontloading a prompt and massive fiscal and monetary response (in excess of 10% of GDP at the moment), the European countries that adopted the euro have been more cautious. After implementing a controversial monetary support, their uneven fiscal response still amounts to just above 6% of GDP. Moreover, while the European Union is still debating the timing and structure of future fiscal stimuli, this unnecessary policy uncertainty will put Europe at a clear disadvantage in the recovery phase following the crisis.

Policy aside, I sympathize with many people hoping that, once this is all over, we will be stronger than before. Since I am not entirely convinced it will be the case, I am willing to settle for less and, possibly, it will be enough. Let's go back to the way we were before the pandemic, but keeping in mind what we have experienced, let's start to plan investment in order to better hedge future risks. Global production capacity has shrunk abruptly as a consequence of the lockdown, and while some companies have promptly shifted their production to supply what was needed to deal with the health crisis, the vast majority of our economies have shut down. This is especially the case for the most service-oriented and advanced countries, where the costs have been higher. It is hard to imagine that, for example, the hospitality, entertainment, or financial services industries will go back to the way they were.

People are so concerned about preserving what they had that they are losing sight of the future. The necessary work of reorganization might seem a daunting task. Still, there are few alternatives. Large investments are needed to provide infrastructures that will allow people to interact effectively even when they are working remotely. These will be much harder to build and use than new bridges and roads. If remote work is the beginning, augmented reality and artificial intelligence will need to enter our working routine much more quickly than we had planned. Workers will need to be trained and supported in learning to use the new technology. They will then take on different and new tasks to preserve their jobs. Without a targeted level of investment in dedicated training and infrastructures, no advanced economy will be shielded from the risk of disruption in the future.

This crisis will undoubtedly leave behind a legacy of massive public debt. We cannot add another risk factor by allowing people to continue to work as they used to. Before the crisis, the world economy was at a good starting point in terms of integration and growth. It might be less than we wish for, but, all things considered, a good place to start is the only thing we have ever needed.

Filippo Taddei is an associate professor of international economics, director of the Bologna Institute for Policy and Research, and academic director of the Master of Arts in Global Risk program at Johns Hopkins SAIS Europe. His research deals with macroeconomics, financial markets, and the relationship between the labor market and the pension system. From 2014 to 2016, he was the economic adviser to Italian Prime Minister Matteo Renzi and is one of the main designers of the Italian labor market reform, known as the Jobs Act. He lives in Bologna, Italy, with his family. 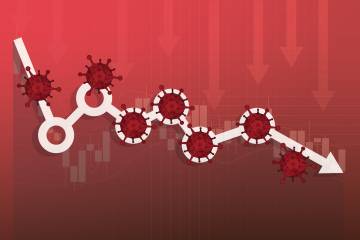 COVID-19's economic impact, in the U.S. and abroad

Published April 16, 2020
As the epicenter of the coronavirus outbreak shifts from Italy to the U.S., SAIS Europe's Filippo Taddei discusses the economic fallout Americans should brace for