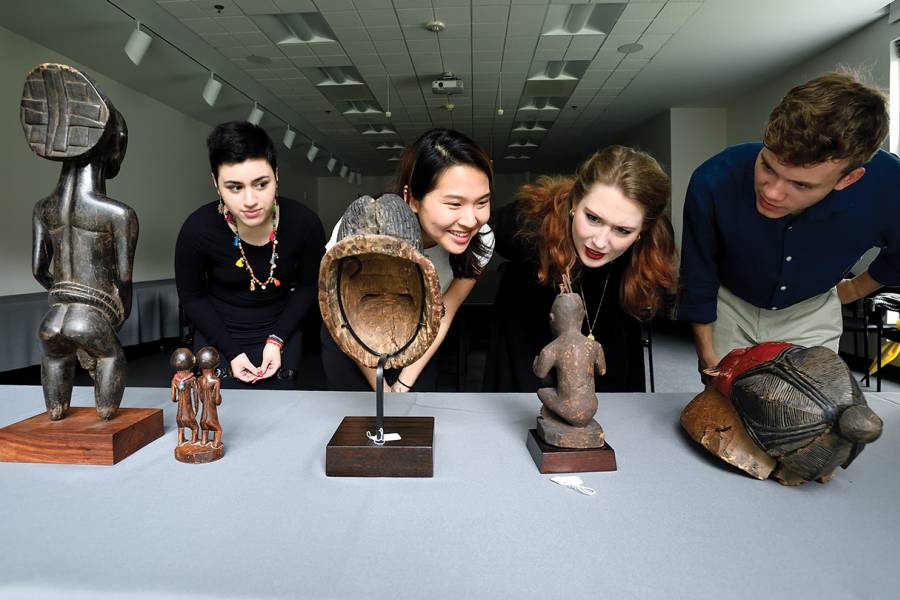 Michael Harper remembers feeling a little nervous before the final presentation for the Program in Museums and Society's Curatorial Seminar last May. The sophomore history of art major and his four classmates went through an intense 13-week semester organized by program Director Jennifer Kingsley and her co-instructor, Kevin Tervala, associate curator of African art at the Baltimore Museum of Art. Students received an introduction to African art objects alongside readings of African feminist theory and art history. They researched objects from the BMA's significant African art collection and made weekly short presentations to the class about an item and a reading. And now, they stood in front of most of the BMA's curatorial team and exhibitions staff, inviting them to forget everything they've learned about representations of women in Western art in order to see the nude female figure as the source of cultural power.

The students spent a semester making that mental leap; now they had to explain how their curatorial choices for an upcoming exhibition could get museumgoers to do that, too. "It was a little nerve-wracking," Harper says. "We went through the major ideas of the show and talked about what we expect the exhibit to communicate to the wider public."

A Perfect Power: Motherhood and African Art, which opens April 5* at the BMA, explores how maternal imagery expresses the cultural, moral, and spiritual authority of African mothers. It includes 39 sculptures from the 19th and 20th centuries made in more than 10 different ethnic cultures found along the matrilineal belt of Africa that runs horizontally across the continent's southern region. Kinship passes through the female line among the region's ethnic groups. And that mother power is articulated in the way women are represented in masks, headdresses, and figures that evoke women elders and ancestors. 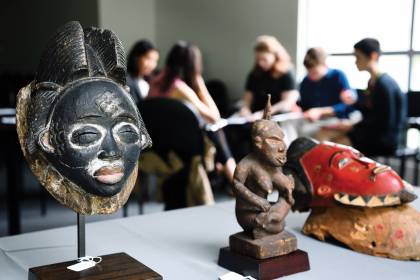 Image caption: A pair of masks and a wooden figurine that undergraduates researched for the BMA exhibition A Perfect Power.

Tervala proposed the show to align with the BMA's 2020 Vision to celebrate the achievements of women artists, which makes A Perfect Power a slight curve ball. Most of the artists of the included items are unknown, but they come from societies where such things are overwhelmingly made by men. In African feminist theory, Tervala notes, mothers are the single most important cultural force that exists, and these male artists are evoking their symbolic power. A pregnant female body is valorized, for instance, conveying not only her life-giving power but authority, akin to the eagle symbolizing strength in European heraldry and the Great Seal of the United States.

A late 19th-century wood figure from the Senufo people, included in the exhibition, depicts a woman sitting upright with a child resting in her lap, but her focus is stolidly straight ahead, level with the viewer. This piece serves as an example of the types of representations of women that will be encountered in the show on a variety of stools, chairs, pestles, bow stands, and headdresses and masks worn by men in the exhibition's latter half. This curatorial organization was shaped by the students. They're "approaching this subject for the first time, so they're really like the ideal museum visitors," Tervala says. "They made [the exhibition] a much clearer narrative than what I initially imagined."

Kingsley, A&S '07 (PhD), has collaboratively paired students with local cultural institutions since 2011, witnessing how this hands-on training provides critical insight to museum work. By going through all the research, object selection, wall text writing, and installation layouts, students "become the ones who are making the interpretive choices," Kingsley says. "They experience the fact that [an exhibition] is a constructed narrative. It is based on evidence and solid scholarship, but scholarship is a narrative that is revisable and testable and that keeps being produced and reproduced. And until students actually engage in making knowledge for the public, that lesson doesn't quite sink in for them the same way."

Doing that labor gives the students an ownership over the resulting exhibition and the ideas it wants to convey. They received curatorial credit for the show alongside Kingsley, Tervala, and Oyèrónke Oyěwùmí, a Stony Brook University professor of sociology, Africana, and women's studies, who worked with the class. At the final presentation, "the major thing we wanted to say was that even though most of these objects were produced by men, there was still an African feminist approach because of the symbolic meaning of the female figure," says Harper, one of the student curators. "I'm interested in a career in curatorship myself, and this [class] was invaluable to my education and experience."

*Ed. note: Since this story was first published, the BMA has announced it will close through April 14. Check here for up-to-date information. 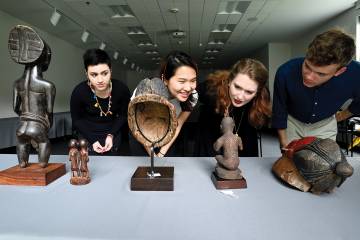 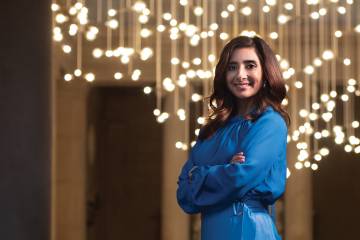