Denis Wirtz, vice provost for research and a professor in the Department of Chemical and Biomolecular Engineering in the Whiting School of Engineering, has been elected a foreign member of the Royal Academy of Medicine of Belgium. He is the first engineer and non-MD to be elected. A member of the 2019 class of inductees, Wirtz was formally introduced during a ceremony in January in Brussels. He also has been invited by the king and queen of the Belgians to present a public lecture there this year. The Royal Academy of Medicine of Belgium, founded in 1841, advises the Belgian government on matters pertaining to public health.

Dave Pietramala, the winningest coach in the history of Johns Hopkins lacrosse and a former player regarded as perhaps the best defenseman in the history of college lacrosse, has received the men's 2020 Tewaaraton Legends Award. The Tewaaraton Award was established in 2001 to recognize talented male and female college lacrosse players and to symbolize the game's centuries-old roots in Native American culture. The Tewaaraton Legends Award recognizes former players whose performance during their college years would have earned them a Tewaaraton Award had the award existed when they played. Pietramala was a three-time first-team All- American during his playing career at Hopkins, from 1986 to 1989. He led the Blue Jays to the 1987 NCAA championship and an appearance in the 1989 NCAA championship game.

David Yarkony, a professor in the Krieger School of Arts and Sciences Department of Chemistry, received the 2020 Award in Theoretical Chemistry from the Physical Chemistry Division of the American Chemical Society. The annual award recognizes the most outstanding scientific achievements of members of the division. 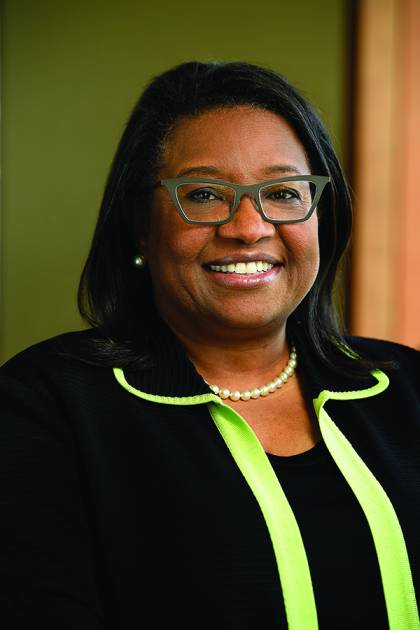 Gloria Ramsey, associate dean for diversity, equity, and inclusion in the School of Nursing, was named among Modern Healthcare's 100 Most Influential People in Health Care. 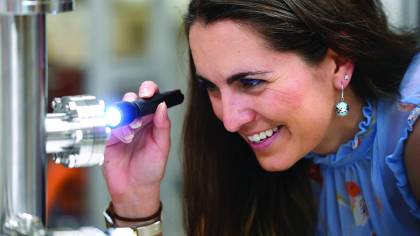 Sarah Hörst, an assistant professor in the Department of Earth and Planetary Sciences in the Krieger School, received the 2020 LAD Early Career Award from the American Astronomical Society's Laboratory Astrophysics Division. As part of the prize, she was invited to give a lecture at the 236th AAS meeting, to be held jointly with LAD, in Madison, Wisconsin, in June.

Pianist Steven Spooner, an acclaimed recitalist, recording artist, teacher, and collaborator, will join the faculty of the Peabody Conservatory in the 2020–21 academic year. He has released more than 30 recordings on Naxos, A Life of Music, and other labels, including the critically acclaimed 2016 project of 16 CDs honoring his heroes called Dedications. A prizewinner at each of the seven international piano competitions he has entered, Spooner is also an active collaborator and performs with a diverse and distinguished list of musicians.

Molecular biologist Zhaozhu Qiu, an assistant professor in the departments of Physiology and Neuroscience at the School of Medicine, has been named a 2020 Sloan Research Fellow. The fellowship, which brings a two-year, $75,000 prize, is among the most prestigious awards available to early-career researchers.

Peter Devreotes, a cell biologist in the School of Medicine, has been awarded the 2019 E.B. Wilson Medal from the American Society for Cell Biology. This is the society's highest scientific honor, awarded annually to a member who has made significant contributions to the field of cell biology.

Cynda Rushton, a professor of clinical ethics in the Berman Institute of Bioethics and the School of Nursing, received the American Journal of Nursing Book of the Year 2019 designation in the Professional Issues category for Moral Resilience: Transforming Moral Suffering in Healthcare (Oxford University Press, 2018). 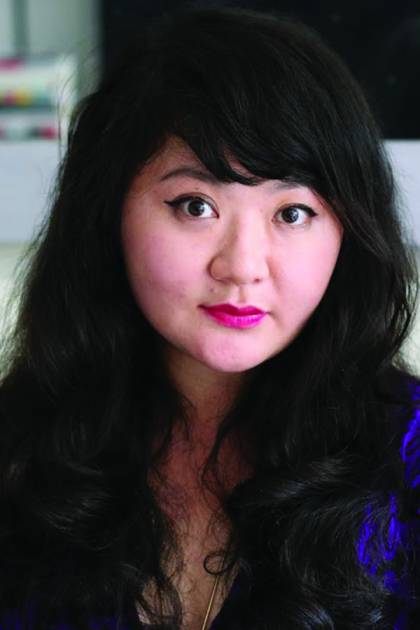 Du Yun, a Composition professor at Peabody, was included in the British radio station Classic FM's list of 10 moments that occurred in the past decade and altered the course of classical music history. She was cited for winning the Pulitzer Prize for Music in 2017, when, for the first time in this prize's history, all three finalists were women.

Three Johns Hopkins master's programs—two in engineering specialties and one in nursing—are among the top online programs in the country, according to new rankings released by U.S. News & World Report. The Whiting School jumped to No. 2 (up from No. 5 in 2019) among online computer information technology programs and is No. 13 in rankings of online engineering programs, tied with Arizona State. In new peer review rankings, the Whiting School's engineering management program earned the No. 1 spot, and its electrical, mechanical, and systems engineering programs were all ranked No. 3. The Johns Hopkins School of Nursing's online master's programs are collectively ranked No. 3 overall. Its online MSN Health Systems Management and Health Systems Management/MBA Dual Degree options were ranked No. 2 by peer institutions in the administration specialty category.