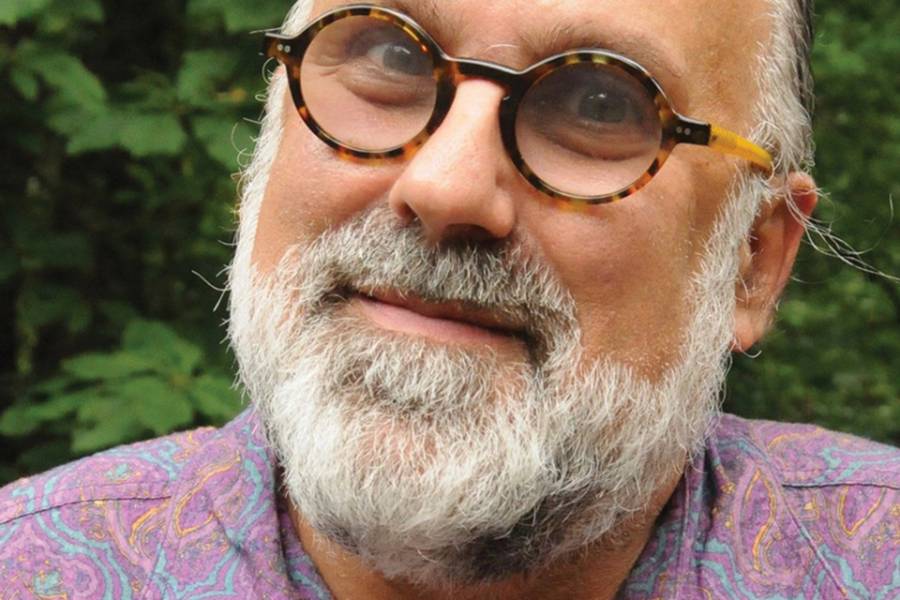 "Nature versus nurture" may roll off the tongue, but in "Unique: The New Science of Human Individuality," neuroscientist David Linden argues that most traits fall somewhere between the two.

If there's one debate David Linden wants to see buried, it's "nature versus nurture." As much as the phrase rolls off the tongue, it's a needlessly reductive framework for understanding human traits, says Linden, a professor of neuroscience at the Johns Hopkins School of Medicine. Moreover, he says: "It's boring."

The true constellation of factors that dictate who we are—all of our habits, preferences, and little quirks—is actually much more fascinating, as Linden explores in his new book, Unique: The New Science of Human Individuality (Basic Books).

Yes, some traits are purely hereditary (for example—ear wax, which is either wet or dry depending on the geography of your ancestry). Others are entirely acquired from your environment, such as a regional accent or political leanings. Most traits, though, even those like height or weight, fall somewhere in between. "It sounds like some kind of namby-pamby, oh, 'everybody is right' sort of thing, but it's really the way it is," Linden says. 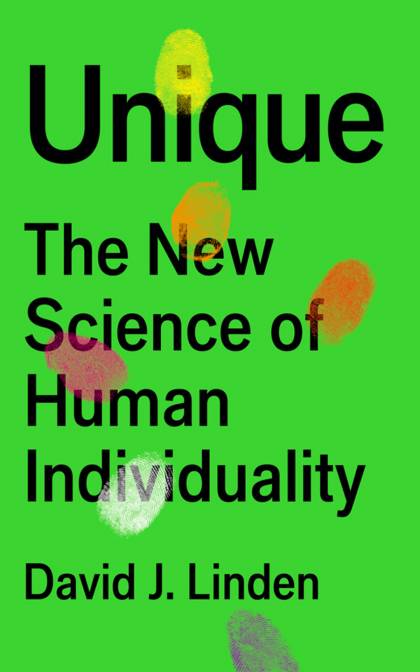 In his conversational yet carefully researched book, out in September, Linden describes the formula for one's individuality as "heredity, interacting with experience, filtered through the inherent randomness of development." And the word "experience" there covers enormous ground: essentially, every variable that affects you from womb to grave. "It's not just all of your social experiences but factors like what your mother ate when you were in utero, what season you were born into, the diseases you've fought, the age when you start schooling," Linden says, trailing off.

None of that is as fun to say as "nature versus nurture," he acknowledges—but at least it's accurate.

One inspiration for Unique was OKCupid, the dating site that ultimately led Linden to his wife, an art historian. The website struck him as a "master class in individuality."

He noticed, for one, that people tend to list their very specific food and beverage preferences. "I like spicy food and hoppy beer but despise mayonnaise, mustard, and runny eggs," Linden writes, as an example.

"That got me thinking about the science behind that," he says. "Why do we have such different ideas about food?"

"What I've come to realize is that there's a really great niche you can occupy when you're a half-assed expert. I'm sort of the ambassador from the nations of neuroscience and biology."
David Linden
Johns Hopkins School of Medicine

Linden devotes a chapter of his book to that question, and naturally the answer is complicated. Of course, much of our palate is cultural and learned, but genetics does play a role. Some people, for example, have an inherited variance that makes them so-called "supertasters," with highly sensitive taste receptors. But even that can branch out in different directions: Many supertasters become picky eaters, preferring bland foods that don't overwhelm their taste buds, while more adventurous personalities might chase the thrills of overstimulation. "Like, oh my God, this is burning my tongue but I'm going to do it because you only live once," Linden says.

On the other hand, some sensory reactions that may seem innate are, in fact, entirely learned. The smell of wintergreen, for instance, elicits different responses based on where you were born: Americans tend to find it pleasant, while Brits are turned off. But that has nothing to do with genetics; it's sheer association. In the U.S., wintergreen is often used in candies and gum, while in the U.K. it has been more common as a medicinal scent.

Unique is Linden's fourth book exploring open-ended neuroscience topics with uninhibited curiosity. His lab at Hopkins specializes in memory storage and recovery after brain injury, but with his books, Linden—a member of the interdisciplinary Kavli Neuroscience Discovery Institute at Hopkins—likes to venture into less familiar areas. "What I've come to realize is that there's a really great niche you can occupy when you're a half-assed expert," he says. "I'm sort of the ambassador from the nations of neuroscience and biology."

What Makes You Unique?

Why Is It Important To Be Touched?

The book digs into weighty questions—whether human beings have free will, how sexual identity is formed, whether our memories are accurate—and poses more than a few ethical quandaries. For example, since a behavioral trait like aggression is at least partially hereditary, should people born with it be less legally culpable for violence?

Peppered throughout are memorable factoids and digressions. At one point, Linden speculates on the genetic basis for his own parents' divorce. We learn about human "sea nomads" who developed enhanced underwater vision for diving, and $9,000 Siberian foxes genetically engineered to be as tame as dogs. We discover that smelly armpits are rare in Japan, and that meadow voles born in fall have thicker fur than their siblings born in spring.

"When you become interested in something, all of a sudden you start to see stories and illustrations of it everywhere. I go to write a book about individuality and suddenly on Twitter there's a picture of Barbra Streisand's cloned dogs. Or a story pops up about how armadillos are born as identical quadruplets," Linden says. "And I'm like, you know, that's so cool—I'm going to put that in." 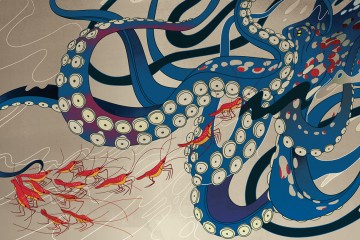 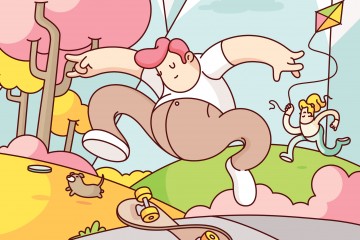 Lighten up, it's good for you